Butterflies danced among blackberry bushes, reminding me of the butterfly effect used by shamans worldwide to transport themselves to other places as a healing tool. Robins passed by with nest-building materials and a 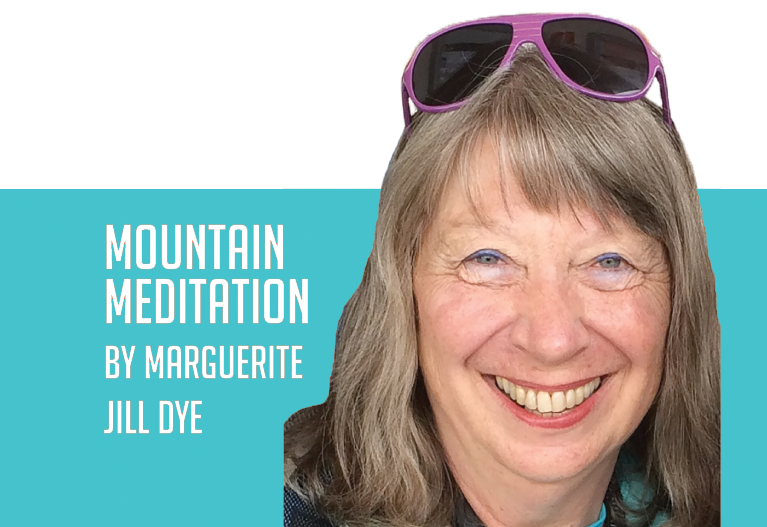 hummingbird perched above my head. Then the world came to a stop when a goldfinch flew into our picture window. I laid it carefully on a soft cloth and prayed it was only in shock. But the poor tiny creature never awoke. It reminded me of life’s fleeting nature. I realized I’ve become stronger for not having dissolved in tears, but I was mistaken. It didn’t last long.

Then my close artist friend in Sarasota sent an email about a film about Pope Francis; I was thrilled to see the Netflix film, “Call me Francis” on the pope’s early life. The fact that she’s Jewish and I grew up Methodist demonstrates the pope’s universal appeal. His heart is big and includes us all. The film impressed me with his good works and ability to conciliate but flooded me with memories of the constant fear we felt.

I served as a mission intern through the United Methodist church for about 2 ½ years, working as a social worker in the slums of Buenos Aires on behalf of the poor. This work was dangerous under a military dictatorship. General Videla’s junta was trained in the U.S. Dept. of Defense-funded School of the Americas. It was implemented as Operation Condor, a secret policy of political oppression and state terrorism carried out by our CIA.

Neither the Jesuit leader and future pope, Father Jorge Bergoglio, nor I were among the 30,000 kidnapped and killed in Argentina’s “Dirty War.” We had friends in common in the Mothers of the Plaza de Mayo. Courageous mothers and grandmothers demonstrated each week in front of the “casa rosada,” Videla’s palace, to protest the disappearance of their loved ones, hoping for their release or to know their whereabouts at the very least.

In the film I learned about his mentor and dear friend Esther, who was taken away while protesting her daughter and grandchild’s disappearance. Years later, Esther’s remains were found.

My friend Carmen survived, but her daughter, son-in-law, and toddler grandchild were never found. When families were taken, children were also torn from their parents, often given to childless junta couples, reminiscent of the kidnappings in Hitler’s Nazi Germany.

Ironically, it was the Year of the Child, and the welfare of children was the focus of my work, based on the Declaration of the Rights of the Child.

As I sit on my deck, safe and sound, children have been torn from their mothers in Texas. I feel the terror the children are now feeling and the desperation of their parents. The trauma of even just being a witness to the horror has remained deep inside my subconscious and cell memory where trauma is held. Reliving that trauma from 40 years ago, resurrected at this time by events taking place in my own country, has added a new dimension to my understanding of human suffering. The human cost of using children as political pawns is unimaginable and abhorrent.

Now I see on our border and in these “tender” detention centers and cells the face of a Honduran child or a Guatemalan toddler of Mayan descent whose family has barely survived extreme poverty, prejudice, and violence. After leaving the living hell of fear and hopelessness at home, they’re being further subjected to inhumane human rights abuses here.

An immigration pediatrician said the trauma of a child being separated from her parents and held under these circumstances will have lifelong health and mental health consequences. These children are being stressed to the point of no return.

For children to be pulled from their mothers’ arms, screaming and crying until silenced by drugs, exhausted immigration workers, or the trauma of despair, I ask: what is our nation is doing? For what do we stand?​

As I was typing, another tap hit the window and a mother bird was stunned. Beside her was a chick whose neck had broken in a first flight. I was so devastated I sobbed, inconsolable. Duane strung ribbons from each window between stained glass ornaments that have hung for many years. And I realized the source of my tears: the birds, the families, the children. We are one.

Please come together to celebrate life, share and explore our passions and concerns, and see where the spirit leads us on June 30, at 5 p.m. for a potluck and ice cream gathering. This is my 99th column and we have much to discuss.

Marguerite Jill Dye is an artist and writer who divides her time between the Green Mountains of Vermont and Florida’s Gulf Coast.

One comment on “On which side of history do you stand?”