“The truth is, everyone is just one bad day away from needing accessible options the ADA requires to help them get around,” said Sen. Tammy Duckworth. 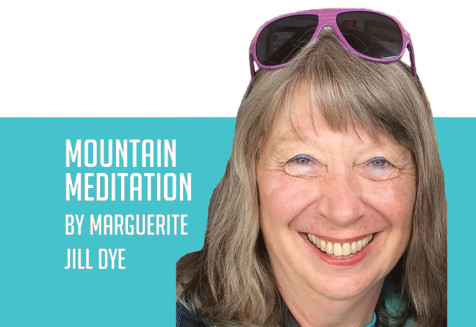 Across the country and in Vermont, the disabled are struggling for accessibility, housing, and services. With added cuts in Medicaid, Medicare, ACA, and affordable housing, these Americans are facing insurmountable hurdles.

The Americans with Disabilities Act (ADA) became a civil rights law in 1990. It prohibits discrimination against the 57 million disabled Americans at work, in schools, transportation, and all public and private places open to the general public.

Now, “Progress made by the ADA is under attack by Congress,” said Rep. James Langevin (D-R.I.), the first quadriplegic congressman. HR 620, the ADA Education and Reform Act, is on the Senate fast track. Twenty-five ADA documents and protections that clarify how to achieve rights for the disabled are about to be eliminated, undermining accessibility to businesses and adding legal barriers.

There’s a huge problem with accessibility in the nation, Vermont, and the Rutland area.

I met an amazing woman at the Families Belong Together demonstration in Rutland’s Main Street Park. She was sitting in a wheelchair beside the demonstration’s organizer. She was so positive, passionate, and intelligent that our conversation fully absorbed my attention. She was there to protest the cruelty and stand in solidarity with the suffering families, but the woman, named Ren, couldn’t stand.

A few moments later I noticed her neatly pressed jeans, folded and flattened above the knees, where her legs and feet used to be. Ren told me how challenging it was to attend the protest due to damaged sidewalks and the lack of ramps. Often, she’s forced to ride in the street and risk being run over or hit.

Ren, an antiques appraiser until six months ago, shared her story. It began with “the flu” and a fever of 105. Between Thanksgiving and Christmas, hospital tests showed no improvement. She was transferred to Burlington where they said she’d die if her infected legs weren’t amputated. On Christmas Day, Ren lost both legs. Following five surgeries due to infection, she pushed herself through physical therapy and rehabilitation. Ren reached each goal in record time to become completely independent. After just six months, her recovery equals 12-18 months, but instead of being rewarded, she was placed where she doesn’t belong — in the only available bed in Vermont in a minimum-level assisted living facility.

When Ren arrived, the head nurse said, “You definitely don’t belong in this place. I’ll find you a more appropriate home.” But the nurse quit her job and never returned. The ombudsman appeared and offered to help. Ren listed her problems, then the ombudsman left, and never followed up on her challenges. “The system is broken,” Ren said.

Much of the building is wheelchair accessible, but not disabled-accessible from a wheelchair. The only doors without stairs aren’t automated and bang her as she enters or exits. The wheelchair catches the bed when she turns. Ren can’t sleep in the bed, but in the chair, which she drags away from the wall, then lifts herself up and reclines to sleep.

The bathroom adjacent to her room isn’t wheelchair accessible. The dining room restroom down the hall is shared with 80 residents. She showers each day, unassisted, in the 2nd or 3rd floor shared bath, then, wrapped in a towel, returns to dress in her room. (Residents shower once a week with staff assistance.) She can’t reach the closet, the mirror’s too high; she does her own laundry and helps others too. They assume she’s a staff member. She doesn’t have a case manager. “The system is broken,” she said.

Since eating in the dining has only added more sadness, to keep her “toes out of the pity pool,” she ventures downtown to distract herself, in search of intelligent conversation. Ren didn’t know she could ride the bus due to their wheelchair lifts. When she fetched the bus schedule, she was thrilled she could catch the bus to visit Middlebury.

I accompanied Ren on a Rutland wheelchair adventure along rough sidewalks and pitted streets. We passed houses near an industrial area where a woman recently beat her on the face “for stealing her tree,” before assaulting an officer, who said, “She’s a frequent flyer.” Ren didn’t want to add to the 80 percent of America’s inmates with mental illness so she didn’t press charges. The system is broken,” she said.

Ren needs a wheelchair-accessible apartment with no meals or assistance. Her historic home in a Vermont town is completely inaccessible, so she’s signed up on lists for independent senior housing, like The Maples in Rutland and others closer to her daughter in the Catskills.

The biggest issue is the lack of affordable housing in Rutland where waiting lists for subsidized housing are over two to four years long. Across the nation, affordable accessible housing is “unavailable”—it’s been rented or doesn’t exist. “The system is broken,” she said.Every day is a challenge for people with disabilities, even under the best of circumstances. Ren’s strength and positive attitude will help her rise above many unimaginable obstacles.

Marguerite Jill Dye is an artist and writer who divides her time between the Green Mountains of Vermont and Florida’s Gulf Coast.