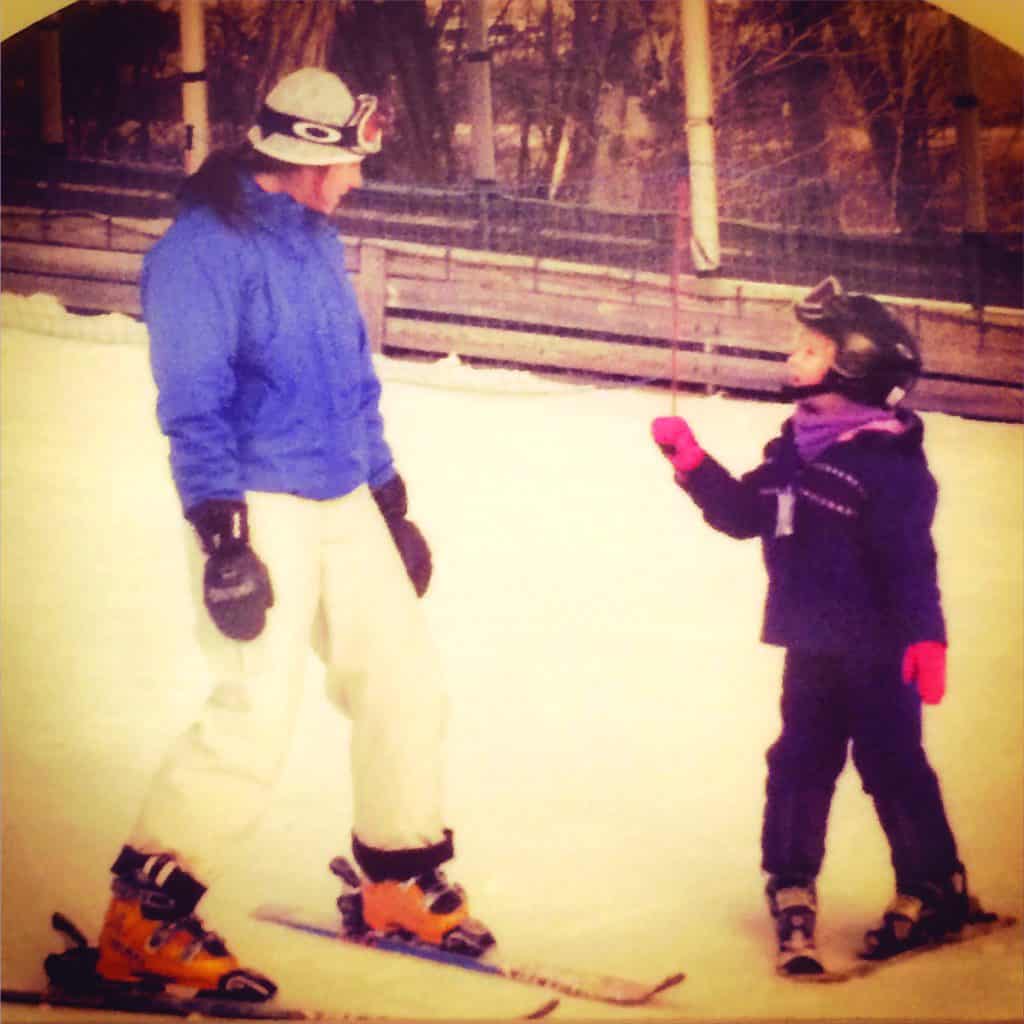 Megan was 4 when I took her up the K-1 Gondola for the first time. She was absolutely bursting at the seams. She wanted to show me everything that she knew, where this was, where that was. She wanted me to know that she knew what I knew about skiing and that she was part of everything. That seemed so important to her. She knew the way from Ramshead to the K-1 and I was so proud of all her little controlled turns everywhere. Even though I hadn’t been the one to teach her those turns (I will be forever grateful, Tess), I felt like a proud ski mom.

She was so stoked on skiing and knowing the mountain that I had to share something of mine with her. So I half cajoled, half tricked her little 4-year-old body into hiking up to the actual summit of Killington. When we got to the exposed rock beneath the fire tower, Megan just sat there. I showed her all the sights: she could see Rutland, Woodstock, Cooper’s Cabin, Pico, Chittenden Reservoir … the list goes on.

When I said it was time to leave, Megan didn’t even turn around to look at me; she just continued to sit there on the cold rock. The she whispered reverently, “I wish that we could just stay here. It’s the most beautiful thing I’ve ever seen.” 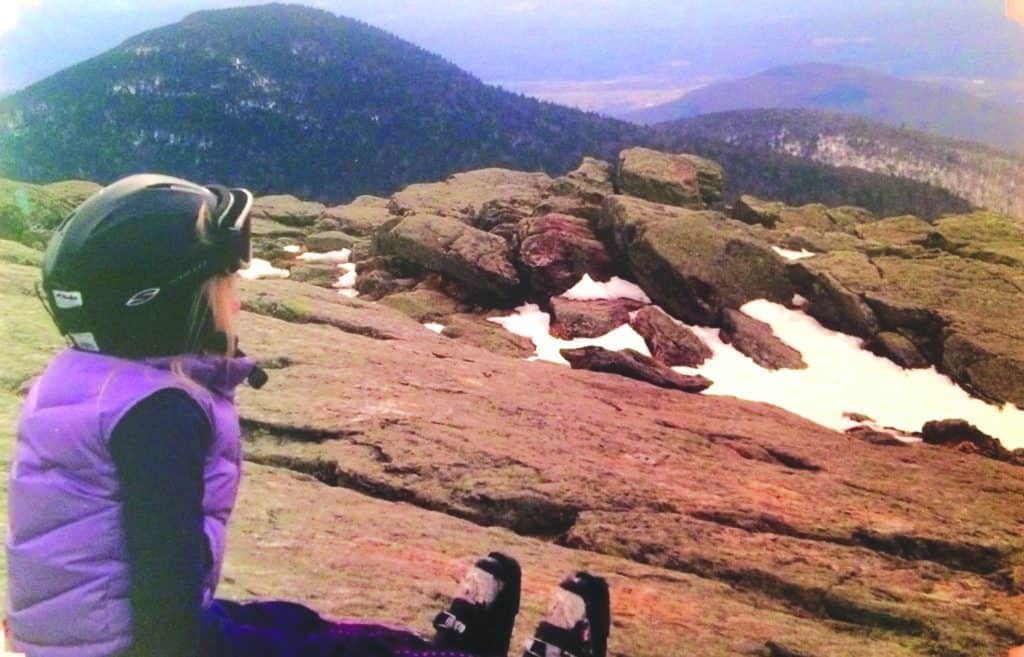 My heart burst. And so together we sat, in silence, until we were frozen popsicles.

Since then, I have taken many people to the summit, including every group I’ve ever coached. While the adult groups might stare into the horizon, the younger groups would convert the peak into a playground. Instead of reverence, the young athletes would jump off rocks that in the summer are taller than them and into snow that is deeper than them. There are snow caves and tunnels to explore, lots of fresh snow to eat, and snow slides in abundance. It is usually a little disconcerting to the young couple that we often run into, up there for a romantic moment, but the mountain is our playground. We grow up here, it is our home. Instead of stuffed animals, we have powder. Instead of video games, we have skis and poles.

This past Sunday, I had the privilege of speaking with some super proud parents. And by proud, I mean absolutely glowing. Their little kids had shown them something amazing: that they, too, loved skiing and saw the mountain as their playground. It is a beautiful thing to watch a parent have a lifelong dream come to fruition. You could feel the energy and joy coming from the parents as they described to me the moments leading up to the videos. To see the dad stoked when his 4-year old daughter finally starts linking turns and cruising around instead of shaky ones that sometimes end in tearful faceplants. Or that powerful moment when a 6-year-old son looks his dad straight in the eye and says, “Dad, I’m ready for a black diamond now” and then Dad gets to watch his son make perfectly controlled turns down Summit Glades. To watch their joy as their dream gets passed on …

My 5-year-old nephew was home in New Jersey eating a nice Sunday breakfast with his family when he randomly asked his parents if people skied every day. Surprised, they replied that Aunt Meri skis everyday and showed him a selfie on the hill that I quickly sent them.

Little Jason paused for a moment, and then turned to his parents: “How come we’re not skiing today?”