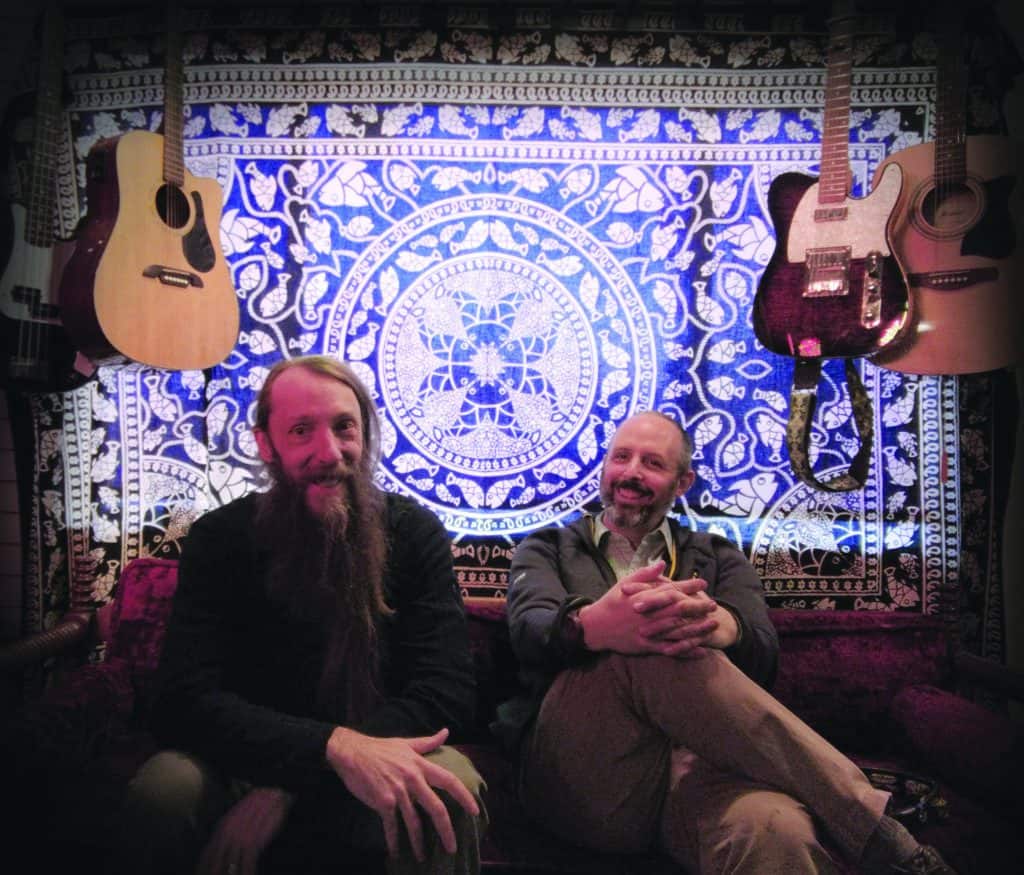 Kick off February with a mid-winter concert featuring two local bands, George’s Back Pocket and Phil Henry & The News Feed. The West Rutland Town Hall on Feb. 1 at 7:30 p.m. is the place to be. Tickets are available in advance at Be Music and Rick & Kat’s Howlin’ Mouse Records in Rutland and online at brownpapertickets.com.

George’s Back Pocket (GBP) is the brainchild of George Nostrand. I’ve had the pleasure of interviewing Nostrand in the past so please see a back article to find out more about him. For this article, I had a nice chat with Phil Henry to learn more about him and his band, The News Feed.

GBP will open the show, featuring a line-up of local all-star musicians including Nostrand on guitar, Marcos Levy on keys, Jeff Poremski on lead guitar, Ross Edmunds on drums and Brian Hobbs on bass. Nostrand took a break from the Pocket to form and record with Miss Guided Angels. Now he returns with a powerful five-piece to play songs from the 2011 GBP album, as well as a few surprises.

“George’s shows are a high-wire act,” praised Henry. “You really don’t know what you’re in for, but you know it’s going to be fun.”

Phil Henry & The News Feed is Henry’s newest ensemble, featuring Brendan Coyle on drums, Mitch Barron on upright and fretless bass, and Jeff Kimball on a kitchen-sink level variety of instruments such as piano, accordion, acoustic and electric mandolins, keyboard, and glockenspiel. Rutland fiddler Jimmy Kalb will sit in on this set as well. Henry plays acoustic and electric guitar. The band offers audiences layered textures of sound.

Nostrand said, “Phil is one of the most talented singer-songwriters I know, and so it’s an honor to do this show with him and his band.”

Henry described the band and said, “My band is really rooted in singer-songwriter music. Even though it’s amped up and a little louder than most, it’s really rooted in folk music both traditional and contemporary. I do a lot of songs that are based on characters with a lot of story telling as part of the ways the songs unfold.”

Both artists have released several albums of original material and are excited for the opportunity to showcase their songs. “I enjoy playing cover songs at bars and restaurants, but that’s a totally different experience than performing your own songs,” said Nostrand.

Henry does not spend a lot of time playing in local bars. He said, “Even though this has a rock sound that could fit well in those situations, it really depends on being able to hear the lyrics to make the music work.”

Henry and Nostrand collaborated on many things in the past but this will be the first time these two will have a co-bill together. Henry said, “This is a neat opportunity to put a couple of bands together on stage and share a night.”

After the two bands perform, they hope to put all 10 guys on stage for a big jam.

The town hall is familiar to Henry, who has brought his school students there to perform. For the past 16 years, Henry has been the West Rutland pre K-12 music teacher and teaches chorus, a bunch of general music classes and a rock band. He said the hall is an extension of the school in terms of being able to use it for school events. Henry said it’s an underused hall and added, “It’s a beautiful hall and it’s great to get in there.” He has a coffee houseseries there on March 18 at 6 p.m. with the middle school and high school student performers. He said they make a really special evening out of it. He shares the music job with another former interviewee, Zach Hampton.

Henry said, “The ensembles all play, the jazz band plays with Zach. My chorus sings. The rock lab plays. Tons of kids do individual performances, kind of like open mic style. It’s small performances all evening and it’s a huge night.”

Henry has been recording albums since 2000. He’s developed his own studio, which he uses to help other musicians and to self-produce his albums. Nostrand’s last album with MGA was produced there. Henry has five full-length albums out that you can find on CD Baby, Spotify, Amazon and iTunes. If you buy them there, Henry laughingly said, he can make fractions of pennies for everyone.

Henry loves being in a room full of people who are listening and hanging on each word and note. He said, “That’s the thing that makes me excited and the thing that makes me want to write. I can picture what that’s going to be like in a room and hear the impact of some of these thoughts and the combination of the lyrics, chords, melody and instrumentation and seeing what the result of that is. I finish a gig and I’m looking forward to the next one.”