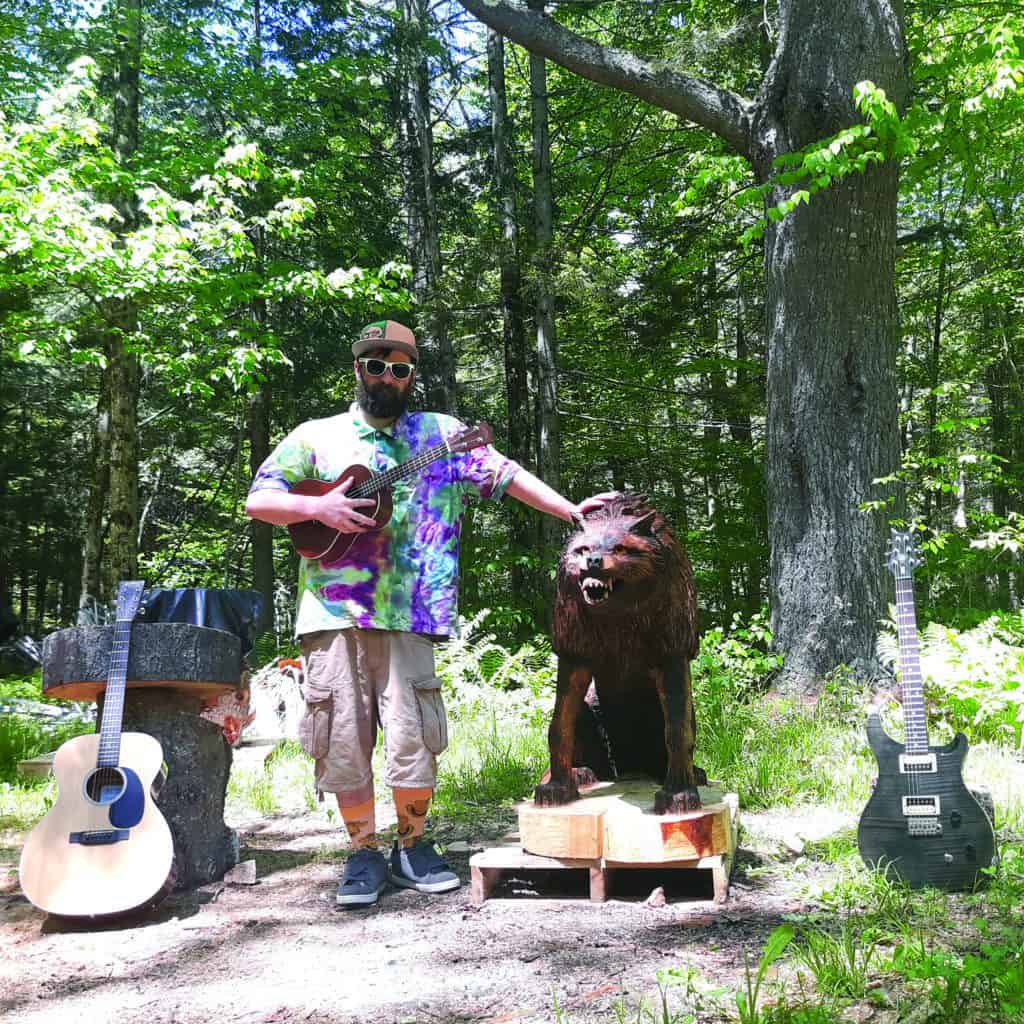 It’s going to be a while before we can see live music in person once again. Even when it is eventually allowed, the best it will be is semi-normal.

Online shows are the new thing and everyone is doing them. What caught my attention for this article is Silas McPrior who is doing online open mics. That’s unique and different. I’ll be honest, I’ve seen tons of shows online and have yet to watch one from beginning to end. Twenty minutes to a half hour is what I commit to, although I did do four and a half hours one late Saturday night listening to Sean Forrest…

Anyway, Silas’ open mics are nine performers a night, doing 20 minute sets. That’s perfect. Watch a little or watch a lot. I’m writing this article on his open mics while watching his open mic and discovering some great new music. And, if you like someone, you can send a tip to their virtual tip jar.

Silas, 34, grew up in Bridgewater under his real name, Andrew Prior. He picked up the alias “Silas” while gigging on the road. You may have seen him in The Bubsies, Supply and Demand, Fiddle Witch plus at the open mics he runs in Ludlow, Randolph and Killington.

His cousin Shon Powell, from RiverFrog, gave him his first guitar when he was 15. Powell came over their house and was playing some originals and Silas said he still has goose bumps talking about it. Shon Powell is the reason he started and he’s been playing ever since.

Right after high school, he joined the cruise ship life. He would do 12-hour days and then cruise through town. “I would busk in the corners of whatever random city we were in. I have fond memories,” he said. He’s played in little dive bars, street corners, fire sides, buses, airplanes and trains.

The first two weeks of this pandemic had Silas really depressed. He didn’t know what to do with his life. One of his friends called to see if he was alright. Silas said, “She said, you know you still have a job to do. Even though you’re not out playing and doing your thing, you have a job and we need it now more than ever. She reinvigorated me to keep playing and get it out there.”

He got the idea from his open mic friend Alex Budney, from Burlington. Budney created a virtual one and asked Silas if he wanted to play on it.

“I really didn’t,” Silas said. “He was scheduling weeks in advance and then later I thought, that’s a really good idea. The infrastructure was already there for me since I was already hosting open mics.”

“It’s different than what they’re used to but they pick it up rather quickly,” Silas added.

Most musicians I know, even a DJ such as myself, are dying to play music.

Silas created “Indigenous Entertainment LIVE” which is a public group on Facebook where you can find these virtual open mics on Mondays and Wednesdays from 7-10 p.m. (just refresh the page after each set). He created the group as a platform for musicians to share content and keep in touch. Members are able participate in the various open mics plus they can go live at anytime there is not an open mic going on. There are various live performances throughout every day. You have all kinds of genres played and there is something for everyone. There have been some minor hurdles with technology so Silas is always ready to fill in.

It is like Silas hosting open mics from other people’s living rooms!

Silas agreed and said, “We’re bringing the music from our houses to yours. It’s wild to see them play in their own nook.”

What I like is that all the performances are on that one page, you don’t have to go from page to page. If you miss them live, all performances are archived for you to watch and share later.

Silas put a lot of energy into this group. He said, “I went through my whole friend list and messaged every musician who I’ve ever come in contact with and started pumping them up about it. My home girl Jowel from Thailand is going to do a set in the next week or so. It’s going to be a little tricky with coordinating time zones but it gives them some exposure over here and vice versa.”

Silas has a guy he played with in New Zealand, Lance Roberts, who also joined the group to play.

Silas has received positive feedback from both the musicians and the audience. Sometimes there’s a lot of people watching and sometimes there’s only four but regardless everyone is completely tuned in.

“Sometimes we’ll play for a lodge full of people and there’s so much going on that we’re just background music,” Silas said. “It’s pretty cool when it’s an intimate setting like this and people are participating in the experience.”

Silas summarized the experience, saying, “Open mics are very near and dear to me. Whether live or online, it’s a real community thing. People are into it and they support it. It just flows. Some people joined the other day who weren’t my friends. They were friends of my friend’s friends. That’s like three, four degrees of separation. It’s got traction and that’s great plus I get to have fun and hang out with every set.”