I give a lot of tours at my 80-acre homestead, and have found that most visitors are delighted for the opportunity to connect nature with real life. Those of us who spend much time rubbing elbows with nature might say that it is real life, but for many people the connection is a serendipitous anomaly.

“Remember teaberry gum?” I like to ask as we walk along a wide, sunny woods path. “That stuff that used to be around when we were kids, in the red package?”

They always nod, even the people who are probably too young to have ever encountered teaberry gum on the shelves at the corner variety store. They suspect I’m leading up to something big and don’t want to miss out.

I reach down and pluck a shiny leaf from a wintergreen plant growing along the edge of the footpath, snap it into several pieces, and rub it between my fingers to release the oils. After taking a whiff myself — both as a show of good faith and to ascertain that it is sufficiently aromatic for a show-and-tell specimen — I offer it up for sniffs all around.

People breathe in the strong scent and experience a flood of recognition and remembrance. Oh yes, they exclaim, often reaching for a second or third whiff, or sometimes seeking out their own leaf.

Wintergreen — also called teaberry, checkerberry, and mountain-tea — is abundant on my land. It is a common plant, very hardy, and native to North America; it can be found in Canada from the Maritime Provinces to Manitoba and throughout the eastern half of the U.S. as far south as Alabama.

This little member of the heath family grows just four to six inches tall. It likes acidic and somewhat sandy soil, making the sun-dappled edges of the paths through my mixed-growth forest the perfect site, especially in the predominantly softwood sections.

Wintergreen’s leathery little oblong leaves are green in summer but, despite its name, the plant often turns red in fall and through winter. It is shade-tolerant, but may not produce blossoms without sun. The dainty white or pinkish bell-shaped flowers add a lovely touch when they do occur, and hang on for some time before setting fruit. Bright red berries appear in the fall and stay on the plant through the winter.

“Are they edible?” forest visitors often wonder. I reply that the leaves and berries do indeed have a strong taste of wintergreen and are safe to ingest, but I warn them that it won’t taste much like the sugary teaberry gum of days gone by. They smell the same, but the similarity stops there.

Plenty of people do consume wintergreen, however. Those intrepid enough to dismiss the inherent risk of foraging on trails frequented by dogs may chew on leaves and eat berries for trail snacks, but most people simply make a tea from the leaves.

In addition to its use for herbal teas and trail nibbling, wintergreen is said to have medicinal qualities. The leaves contain methyl salicylate, which is the primary ingredient in many modern commercial pain-relief ointments. Native Americans used wintergreen leaves in poultices and teas to relieve pain.

Animals browse on wintergreen plants, too. Deer, turkeys and other birds, rodents, and even bears and foxes include the berries as a regular — albeit not usually major — part of their diets.

The plants form a creeping carpet of vegetation, both by sending out runners and by way of underground rhizomes. This creates a beautiful base layer in its natural forest setting. They are gaining popularity as a ground cover in planted garden beds and landscaping, providing people an alternative to non-native species.

Kathy Bernier is a native Mainer, forest enthusiast, homesteader, and writer. The illustration for this column was drawn by Adelaide Tyrol. The Outside Story is assigned and edited by Northern Woodlands magazine, sponsored by Wellborn Ecology Fund. 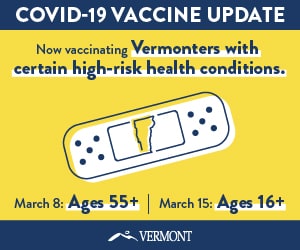