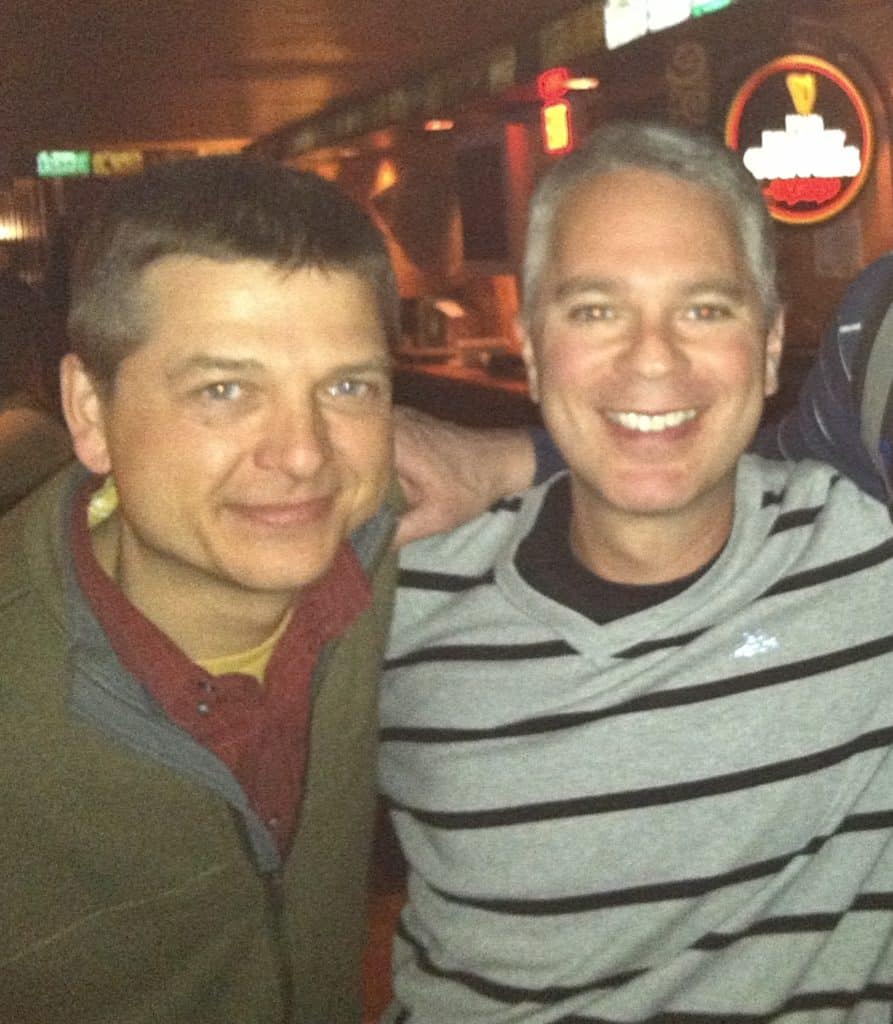 I first met Jack on the basketball courts as a teenager. He played for a different high school in the town next to me. I remember him being a fierce competitor – the kind of guy you’d rather play with than against. He was cocky, passionate, and very intense about winning. The truth was, I didn’t like him.

We ended up going to college in the same city where I’d occasionally run into him on weekends at popular bars. We’d acknowledge each other because we were from the same area, but never spoke much.

It wasn’t until we both returned to our hometown after graduating and our wives became close that he and I began to connect. We were consistently at the same parties and events and slowly began to realize we had a lot in common, with a shared sense of humor and a love of competition.

Like so many people, I gravitated toward Jack because of his boisterous personality and infectious energy. It wasn’t uncommon for him to dive into politics or sports or whatever social event was capturing the public consciousness of the day. He undoubtedly had an opinion and was more than willing to argue with anyone who opposed it.

Our shared passion for basketball found us playing together in the adult leagues for many years. Like so many others, I loved playing with Jack. He gave everything on the court, and while his youthful quickness may have waned, he could surprise you because he understood the game better than most.

In fact, one of the greatest gifts Jack gave to this world was his coaching. For decades, he trained area youth in basketball. And in showing kids how to play a game, he subtly taught them how to play life. Any child that was lucky enough to have him as a coach would undoubtedly point to it as a meaningful experience.

We coached together in the same system for several years, and while I always thought of us as equals, I knew better when it came to coaching. He had a breadth of knowledge and an understanding of strategy that I envied. I frequently deferred to him when I had questions about tactics, at which point he would go into a grand and impressive explanation.

At that point in our lives, I considered Jack a good friend. We partied together frequently and occasionally hit the links. During one memorable round of golf, Jack shanked an approach shot (something he was liable to do on occasion) and hit me in the back. The resulting blow dropped me to my knees and gave rise to a massive welt. Jack’s concern was palpable.

I recovered, but at every chance afterwards, I told the story to great laughter, usually with Jack standing nearby shaking his head in embarrassment but smiling intently.

As we glided into our 40s, our friendship took a turn when, through shared struggles, we leaned on each other for emotional support. Life has a way of teaching us lessons in unexpected ways, and we both were struggling to figure things out.

This is when I got to know a different Jack, a man of deep sensitivity who was wrestling to understand himself.

When I found out I had cancer, Jack called me constantly to lend support. More often, however, he just distracted me with laughter.

Through countless phone calls, we self-analyzed and dissected the communal twists and turns of our lives. We exposed our pain, admitted our mistakes, and reminded each other that “this too shall pass.” In between, we spoke of great games we watched, our shared love of music, and the joy of watching our children grow.

As of late, our lives were both looking up (in-between disasters, as we’d say). He was sharing his life with someone he loved and admired, and who made him feel better than he had felt in years. His kids, whom he beamed with pride over, were all doing well. Even his golf game was coming around. He was happy and enjoying his time immensely.

And then life (or death) intervened – quite unexpectedly.

Jack Rogers has left behind the greatest legacy. It’s not one of possessions or wealth, but of memories – for a countless group of people who knew him and loved him.

I had too much going on in my head to watch a movie this week. Instead, I pulled up photos of my friend Jack and let them trigger memories. Those were the movies I watched. And if Jack touched your life in some way, make sure you play a memory or two as well.