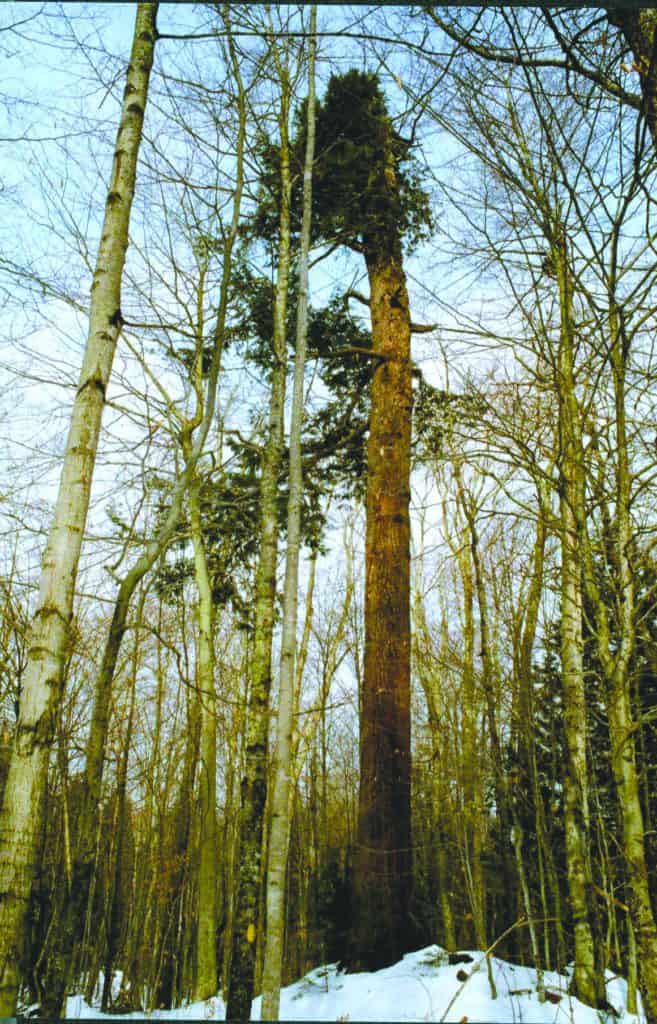 Aging in place, that’s exactly what trees do – from seed to standing dead. Some take longer than others but the difficulty lies in determining just how old a tree is at any point in time. For non-foresters the only way is to count the rings but that leaves you the answer and a stump to ponder.   Foresters have increment borers which can extract a “ring core” to count years with but only small to medium sized trees due to the size of the sampling tool. So there should be an  organization that has the science and ability to age trees without cutting them down and thanks to Shrewsburyite Jonathan Gibson who sent me an email entitled “oldlist” I now know there is one.

The Rocky Mountain Tree – Ring Research group is a non-profit tree research organization which provides expertise in tree ring collection dating and analysis. The RMTRR site explores other ways that trees are aged beyond the increment borer method (called ring counting for obvious reasons). There is cross dating which estimates tree ages from similar nearby trees that have died and similar to that is extrapolation of partial tree cookies. A more unusual one is the historical record method, which involves old photos related to a given identifiable tree.  Radio carbon dating is also being used for those trees beyond several thousand years of existence. The world’s oldest trees are bristlecone pines at 4,900 years with the giant sequoias nearly a 1,000 years younger.

This information (called Oldlist) is maintained in a data base of known tree ages by species throughout the world and a list of Eastern trees (Eastern Oldlist) was recently established as well.  So while we all know about the ancient trees of our western states there are trees along our East Coast whose ages are measured in the thousands of years as well. The latest addition is a bald cypress in North Carolina at the ripe old age of 2,624. However, don’t confuse age with size as many of these trees attain their “ageness” due largely in growing where people are not or have not been.

Several northern white cedar exceeding 1,000 years in age were discovered in the late 1990s growing off the sheer cliff face of the Niagara Escarpment in Ontario, Canada.  All less than a foot in diameter with the oldest being 1,653 years young.

New England and New York, with its history of logging, past agricultural use, people dominated landscapes, and recurring hurricanes has tree life  aged in the centuries. Most of our common trees: white pine, red oak, sugar maple, hemlock, or red spruce fall into the two to three century range or a little beyond.

Some rainy afternoon when you are curious about tree life measured in centuries visit rmtrr.org/oldlist.htm. It will make you feel young.