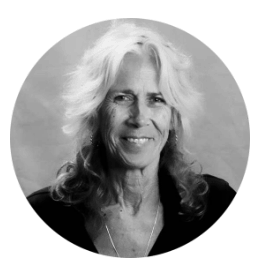 by Cal Garrison/ Mother of Skye

This week’s horoscopes are coming out under the light of an Aquarius Moon, with a bunch of aspects that make for interesting conversation. It’s always tricky to use what we know about astrology to make blanket statements about what’s going on in the world. Of late, a lot of astrologers have been having a field day with this. It interests me to see how easy it is for someone with a little knowledge to use the planetary positions to reinforce their personal point of view. I have a tendency to do the same thing, and that’s one of the reasons why I steer clear of making predictions about current world affairs, and about what’s going on in the United States in particular.

That being said, I feel safe enough to raise my hand and say something about the recent vote on the resolution to impeach President Donald Trump. I don’t know if anyone noticed, but on the day, that resolution was passed, the Moon was Void of Course in Sagittarius. In tandem with this, the planet Mercury turned retrograde on the same day. If you work in this field for any length of time, you soon find out that any action or resolution undertaken under the light of a void-of-course Moon will roll along on a flat tire before it comes to naught.

And as far as what happens when Mercury goes retrograde is concerned, many things change between that moment and the day it turns direct. This is axiomatic. Between now and the day that Mercury resumes its forward motion on November 20, 2019 keep an eye on this story. The impeachment agenda will be subject to alterations that make change the operative word for the next three weeks.

Beyond this, I don’t have any business offering ironclad predictions on the final outcome of this current state of affairs. Looking at all of the charts and that includes Trump’s charts, Adam Schiff’s charts, Nancy Pelosi’s charts, Rudy Giuliani’s charts, Chuck Schumer’s charts, Brennan, Clapper, and Comey’s charts, along with the chart for the United States of America, forget it. Add to this all of the progressions and the positions of the transiting planets and asteroids, and you’re dealing with an astrological version of a 5-star SNAFU.

Once I started digging into this it became obvious that I was in over my head. The minute I found myself cherry picking aspects to keep my personal opinion afloat, I gave myself a slap on the wrist and put a stop to it. There are times when it behooves us to step back and realize that we really don’t have a clue and that ultimately, everything is in God’s hands.

The one that stuck out above all the rest is the current conjunction between Lucifer and Hades, at 9° Cancer. You don’t even need to be an astrologer to figure this one out:

If you can add 2+2, you’ve got this one covered. It looks to me like Lucifer is finally being held accountable for his mistakes and transgressions. All of the names mentioned in the earlier paragraph have natal aspects to the current Lucifer/Hades conjunction.

If I wasn’t such a nosy woman I would not have bothered to look into it, but “oy vay!” All I can say is, the law of consequences is front and center. Anyone standing on the wrong side of the truth will have Hell to pay because it’s bursting at the seams and every last bit of scum is bound to leak out and rise to the surface.

So here we are, in the thick of things that none of us really understand because we have been led to believe that life is good and that the powers-that-be have our best interests in mind. We’ll see how that pans out over the next few weeks. Years ago I was told that we would live through the last battle between the forces of light and the forces of darkness. I don’t know about you but it feels to me like this is it. Stay tuned. I have a feeling we haven’t seen anything yet. Let me leave you with that and invite you to take what you can from this week’s ‘scopes.