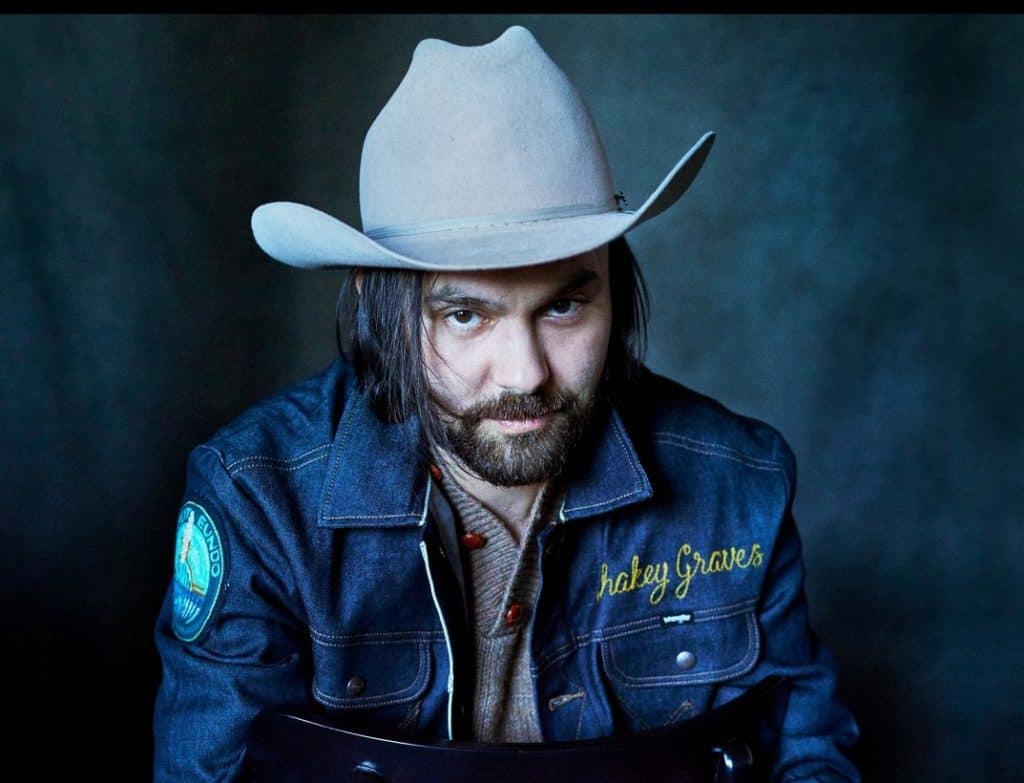 The Subaru Winterfest is coming to Bear Mountain and the free Saturday concert at 2:30 p.m. is Shakey Graves. Sunday at 1:45 p.m. is Vermont’s own, The Tenderbellies. I had the pleasure of speaking with Alejandro Rose-Garcia, who is Shakey Graves. He’s been making music in different capacities for 10 years.

He said, “This will be a hybridize of more of what we’ve been doing throughout the years. Louder, full drum kit and full band. Everything from stripped down weird folk music to kind of bizarre indie rock.”

Rose-Garcia will do a portion of the show by himself, with some one man band stuff and acoustic stuff. The band will do acoustic and electric. He said, “The whole gamut.” Besides Alejandro Rose-Garcia on guitar there will be another guitar, bass, keys and drums.

Rose-Garcia, 32, grew up in Austin, Texas, and has been playing music for 20 years. He said, “I grew up acting. Performing arts and creativity have been around me since I was little, my family are theater people. Music, until I was 12, wasn’t a giant aspiration of mine. I was a little intimidated by music and didn’t think it was for me. In middle school I got my first girlfriend and subsequently my first breakup. I didn’t know how to process that as a small man. I came up with this vengeance plan because the girl dug guitar players. I said I would learn guitar over the summer and she would be sorry she ever left me. It kind of went the other way and music got me over the hump. It encouraged me to take this old guitar out of the closet that belonged to my mom. I found something in it that was bigger than all of that.”

So what happened with the girl, so to speak? He said, “As soon as it became a good idea, it became a dumb idea.”

He started recording soon after that and had to learn how to play in front of people. He took guitar lessons for a couple months but then learned from experience. He grew up on Neil Young, Talking Heads, Tom Waits and R.E.M. but turned more to folk music after high school. He listened to aggressive music and said, “I feel like there’s always a moment where really hard, aggressive music parlays into classic old blues.”

At one point he went down a Bob Dylan rabbit hole and started listening to old folk music like Buffy Sainte-Marie. He then found Townes Van Zandt and became a disciple.

He tends to write about commonalities and personal experiences. He said, “I personally don’t feel like I need to air my grievances publicly but I think there’s a way to process the human condition without being too specific about it.”

I’ve been playing “Dearly Departed” and “Kids These Days” to promote the show when I deejay.  Rose-Garcia said, “Those are both on the shiniest part of the spectrum. That’s just one side of all this. The other side is a lot heavier than that.”

“Dearly Departed” was an attempt at a pop song. He said, “I’m into Top 40 radio from time to time, it’s entertaining. That song was designed to be digestible as opposed to being this massive creative work. It was universal.”

That song just went gold in Canada after six years. He added, “That’s big in some great way. Canada has always been great to me. They’ve picked up what I’ve put down.”

Rose-Garcia has worked hard to get where he’s at — playing around the world and building over 100,000 followers on Facebook. He said, “It’s been consistent work, basically like a door-to-door salesman. I’ve been on the road for years and got some big breaks with opening for larger bands like Shovels & Rope and Old Crow Medicine Show.” Just last spring, he was on tour with The Lumineers.

He releases new material every Feb. 9, which is known as Shakey Graves Day in Austin. It was named in his honor by the city in 2012. It’s dedicated to celebrating his work and giving back to the community from which he got his start.

He’s really excited for this show but also to get up on the mountain.  He said, “I used to ski a lot as a kid, always loved it but haven’t had a chance. I’m going to attempt it.”

Rose-Garcia loves the unpredictable nature of audience meeting performer. He said, “I’ve always tried to craft my show to do what I want to do but also leave enough room to trust the audience to lead me to where they want to go.”

He added, “I love being in this industrial side of touring where you’re on a bus and you get to see the back roads of Interstate culture in a way that a lot of people don’t. We see a lot of weird stuff.”

One comment on “Rockin the Region with Rose-Garcia (a.k.a. Shakey Graves)”