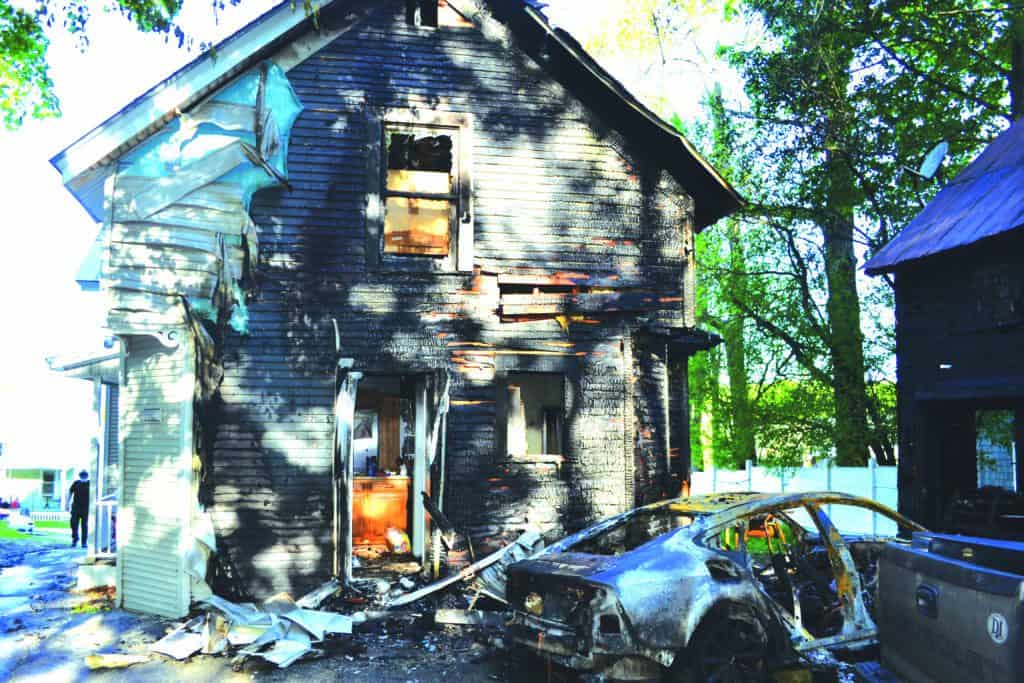 On Sunday, May 24, at 4 a.m. Robert Withington, a nearby neighbor, saw the exterior of the house at 32 Lincoln Ave. in Rutland on fire. Withington ran to the house and alerted the occupants about the fire. Seth Howard, 37, was listed as the owner of the house with Colleen Bellamy, 42, Noah Dunne, 21, Tyra Goullette, 20, and a 9-year-old juvenile as the occupants. A 911 call was also received regarding the fire at about the same time.

The Rutland City firefighters arrived on scene within a few minutes and began fighting the blaze. They were able to extinguish it and keep the fire from spreading to the interior of the home. Once they put the fire out the Rutland City Fire Chief contacted the Rutland police and the state Dept. of Public Safety Fire & Explosion Investigation Unit to conduct an origin and cause investigation. Rutland City Detective Emilio Rosario, Det. Sgt. Todd Ambroz and ASFM Chris Boyd arrived to do so.

According to neighbors the occupants of the home had been lighting fireworks until a little after midnight that Sunday and this was thought to be the cause of the fire. They had also used a gas grill which was located close to the house which could also have been a competent ignition source.

After conducting the investigation it was determined the fire started on the back side of the two story house. The house was clad in vinyl siding placed over cedar clapboard shingles. The fire began near a back door where a container for used cigarette butts was located. Once the fire in the can grew it caught the exterior siding of the house and steps on fire and then quickly spread upwards and outwards to other combustible materials including a car and truck in the driveway and a two story detached garage.

The fire is considered accidental and was listed as caused by improper disposal of smoking materials. There were no injuries or deaths in the blaze, but the two cars and garage are a total loss. The house sustained extensive damage to the exterior on the back side, and some water, smoke and soot damage to the interior.

Anyone having any information regarding this fire is asked to call 802-878-7111.