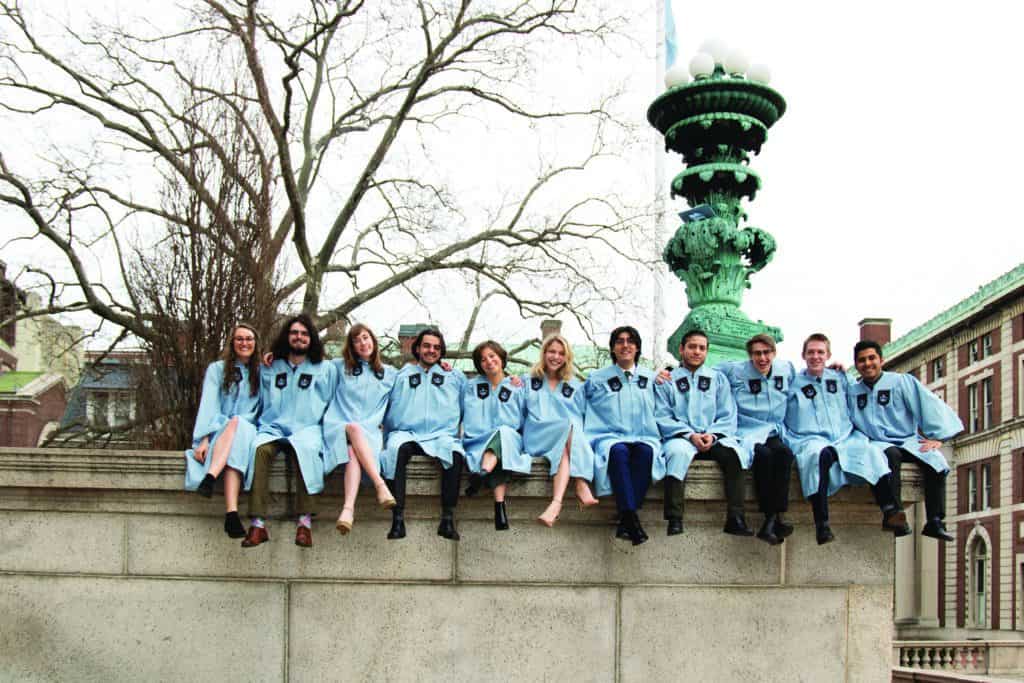 On May 20, 2020, I was officially awarded my college degree. I am now an alumna of Barnard College, the women’s college affiliated with Columbia University. The Barnard-Columbia dynamic is complicated, but basically, Barnard students have two graduation ceremonies.

On Monday, May 18, we would have had Barnard’s Class Day at Radio City Music Hall. It would have been an afternoon of speeches about women’s empowerment and success, and all the members of my class would have walked across the stage when their names were called.

Instead, I watched Barnard’s ceremony from my laptop with my boyfriend while we were quarantining ourselves away from my family. My dad and I texted each other witty comments in response to the speeches. But when a video of congratulatory remarks from Barnard faculty and students came on, I couldn’t help but cry. I looked intently at my screen and listened to messages from the cheery woman who sold iced coffee to me on tired mornings before class and from one of my first friends from college.

Barnard didn’t call our names. They actually weren’t going to do an online ceremony at all until people complained. Barnard, unlike many schools, has committed to holding a postponed in-person graduation at some point. If all goes as planned, one day, I will be crossing the stage at Radio City Music Hall collecting my diploma. But right now, it feels like make-believe, because no one knows when it will happen, and what are long-term plans these days anyway?

But there is no plan to hold the university-wide commencement in person, where graduates from all of Columbia’s graduate and undergraduate schools gather on campus for the official degree conferral. At this ceremony, each school’s dean or president gives a speech to Columbia University’s President Bollinger, asking him to confer their graduates’ degrees. Often proud and sometimes witty, these speeches usually bring roars from the designated school’s graduates. 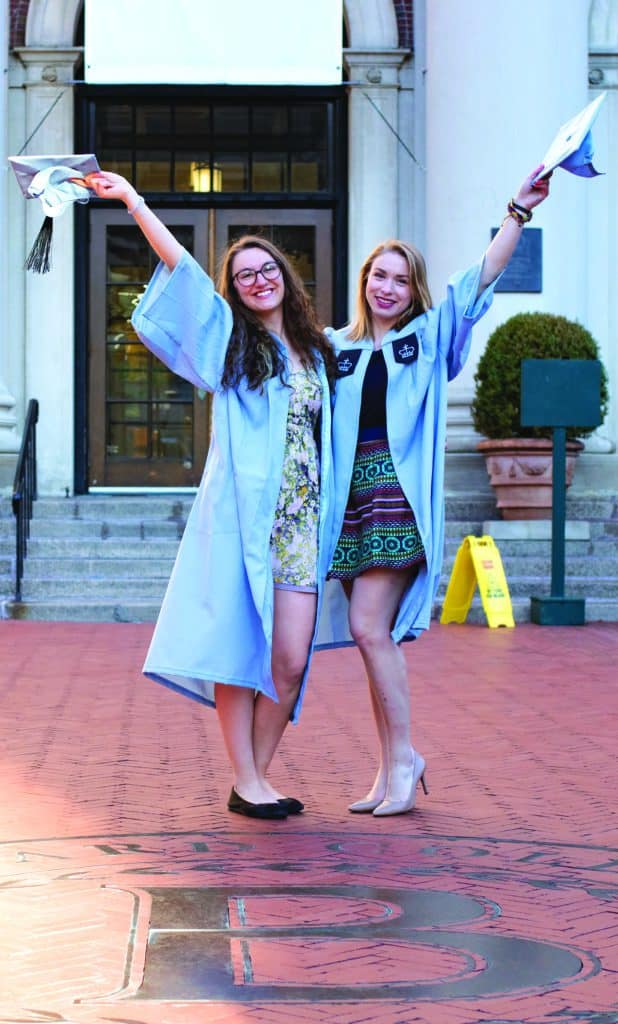 I was a photojournalist at Barnard, so I vividly know what it was supposed to look like. As a sophomore and junior, I had stood underneath a waterless fountain for shade while photographing proud graduates cheering at their president’s remarks and pictured myself being in their seats one day. They would throw their mortarboards into the air, dancing in a sea of Columbia blue when “Empire State of Mind” played over the loudspeakers.

The chorus goes: “In New York, concrete jungle where dreams are made of, there’s nothing you can’t do.”

Well it turns out, for the Class of 2020, there’s something we can’t do—be at our commencement together in person.

Instead, on Wednesday, I sat on the couch with a Barnard coffee mug, only partially wearing my cap and gown because of the hot sun coming into the windows in the living room of my parents’ house in Vermont. My parents excitedly took photos of me with their iPhones even though my hair was still wet from the shower I had taken moments earlier after rolling out of bed. I had Zoom open on my laptop with some Columbia friends watching from their respective states and countries. After the speeches, “Empire State of Mind” came on with a slideshow of New York City views. I had begun to sing when I noticed my friends sitting in front of their computers. They weren’t singing; they weren’t dancing; they weren’t even smiling. The photos just reminded them of where we were supposed to be.

Don’t get me wrong—I am incredibly thankful that I have a beautiful home with supportive and healthy parents in the Green Mountain State to come home to during this pandemic. But this isn’t how college was supposed to end.

After the ceremony, I set up my tripod on the front porch to take photos in my cap and gown with my parents. When the sun reflected off my glasses, my dad’s smile looked forced, or my mom’s face was in the shadow, I fixed the set-up, so I could control at least one part of my graduation day. But my parents, though doubtlessly proud, were antsy and tired. They had to call the car dealership about a broken air conditioner, and they didn’t quite understand why I was impatient about them asking me to take a photo of just the two of them as I set the camera timer for our portrait.

There is a small sushi restaurant around the corner from the apartment I lived in when I was still in New York. On my hardest college nights, after running from one place to another and nearly forgetting to eat, I would reward myself by picking up my favorite roll to bring home for dinner. I would loudly “food-gasm” while munching it down, and my roommate would look at me like I was crazy, which only encouraged me to remind her of how much I love sushi. So, on my graduation day, my dad and I picked up sushi from Sushi Yoshi’s to-go window. It was the first time I had eaten my favorite food since life was stressful in a much different way back in New York. 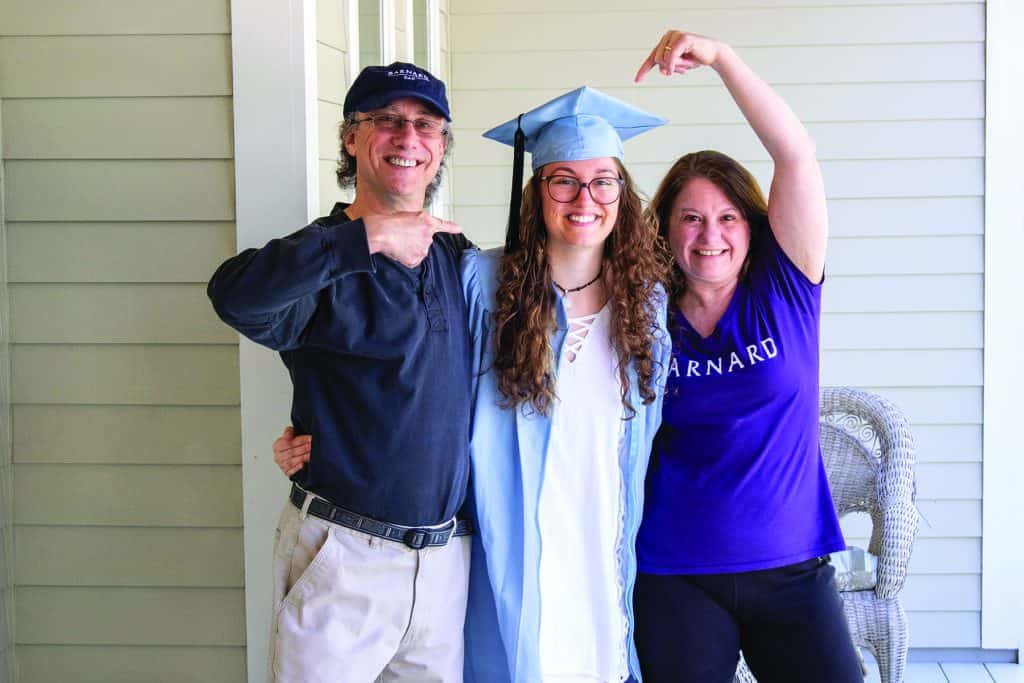 Later that night, I resented my parents for playing their favorite broadcast news show and went to my room to listen to some of my college friends’ favorite music, thinking of how I’d be celebrating with them if things were different.

Some of them were still together in New York, and they video chatted the rest of us that night to show us the Empire State Building lit up in Columbia Blue in celebration of our graduation. Yet by the time they got there, the two hours of blue lights had ended. The rest of us watched our friends wearing protective face masks through spotty video as they took a break from quarantine, goofing around in an empty Times Square. I drank a Rolling Rock as my parents slept upstairs. I could only imagine what I would be doing with my friends if I was still with them in the city that never sleeps, and not during a global pandemic.

But I was in my home state, where instead of roaches there are mosquitos, instead of high-rises there are backyards, and instead of my university’s libraries I have curbside pick-up from my local one. Instead of the shoving of spaghetti into my face while finishing an assignment or watching TV and leaving the dishes in the sink for later, there are family dinners and family clean-ups. And instead of moving into a new apartment with a new job, I am grappling with how long I will be living under my parents’ roof. It is safe. It is beautiful. I am so thankful. But it isn’t how it was supposed to be.