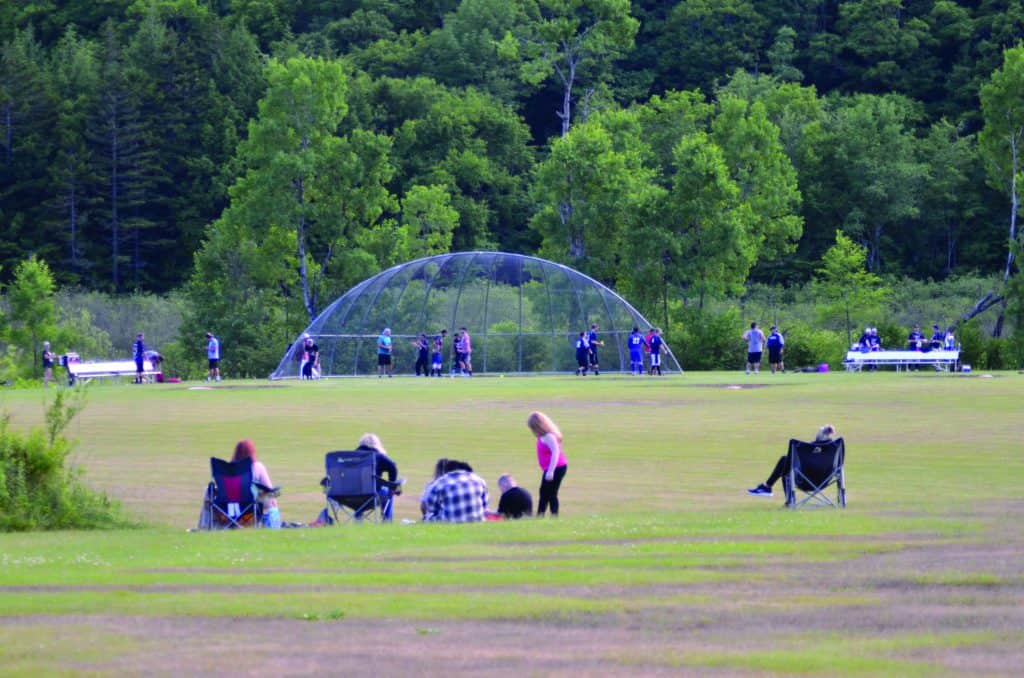 The defending champions, Defend Title Fantastically (DTF), finally got in the win column, but it was not easy. They started the game going down 1-2-3 and First Stop Board Barn (FSBB) practically hit through their order, scoring five runs. Tall Tom Gilligan got DTF on the scoreboard and then the newly acquired Nate’s, Graham and Swahn, drove in the rest to cut the lead to one, 5-4. DTF had a chance for more but DJ Dave Hoffenberg suffered a “Cold Beer K” (CBK) to end the inning, stranding two runners. First Stop’s Collin “Hungry Like The” Wolf had a nice looking sac for a run to give his team a two run lead. They too had a chance for more but Kyle “Famous” Amos suffered a CBK to end the second.

DTF was busy in the off season and it’s worked out well so far because their third newly acquired player, Joey Massores blasted a three-run shot to give DTF their first lead, 7-6. Graham had a nice looking sac for a run and Swahny scored to stretch DTF’s lead to three. Bobby Dederer cut into that lead, scoring in the bottom of the third. Max “Down Under” Rowe got thrown out at home and the other Max, Elles, popped up for out two. FSBB got two on but Swahny made a diving web gem catch to end the inning. Both teams had nothing doing in the fourth.

In the fifth Massores blasted his second home run, this time for two runs and an 11-7 lead. Swany was en fuego defensively at third, adding another web gem and keeping FSBB off the scoreboard. It stayed that way for them but DTF added another when Josh “Purple Guy” Souza drove in Tucker Zink for a 12-7 victory. Pitcher Johnny Sharpe delivered another CBK to DJ Dave but his team remained winless.

DTF absolutely destroyed the Karrtel in their next game, 14-1. This game was close until the teams took the field. Brett “The Hitman” Regimbald started the scoring with a solo shot in his first at-bat. Gilligan drove in two and both Judd “Just Want a Couple Swings” Washburn and Graham got a RBI to give DTF a 5-0 lead. Pitcher Ronzoni Hacker shut the Karrtel down 1-2-3 on only three pitches. He got Evan Anderson out in the second with only one pitch and got the next two batters out for his second 1-2-3 inning. He did that again in the third to keep his perfect game alive. Jeremy “Jackie Blue” Livesey drove in Taylor “Bash Bros”Zink to make it 6-0.

The Karrtel finally got a runner on base in the fourth with a two-out single, but hats off to Ronzoni because no pitcher in recent history has had a perfect game well into the fourth inning. DTF lit up the bats in the fifth, batting through their order, scoring eight runs. DJ Dave started the scoring, Graham ended it and Washburn and Zink hit home runs in  the middle to make it 14-0. Anderson popped up for the first out so DTF was only two outs from the shutout. That quickly went away after the next batter got on and scored off an error but that was all she wrote for the Karrtel. They might have staved off the shutout but they suffered the first mercy loss of the season. The game ball went to Ronzoni who pitched a three hitter with two put outs and no earned runs.

The Chinese Gourmet remained perfect on the season and FSBB winless after their game last Wednesday. FSBB got some hits but kept stranding runners and remained scoreless through four innings. CG’s Matt Lorman started the scoring in the second with a solo home run. They made it 5-0 after three innings when he and Troy “Cowboy” Gilbertson hit back-to-back homers. Dalton Hotchkiss got into the home run game in the fourth in his first game of the season. That was part of a four run inning to stretch the lead 9-0. Dederer finally got FSBB’s first run in the fifth to break up the shut out. CG was not done and added three in the bottom of the fifth to give them their biggest lead, 12-1. FSBB made it interesting in the sixth when they batted through their order and then some, scoring eight runs. That cut the lead to 12-9 and bring them to their lowest deficit of the game.

That is the closest they would get because CG added four runs to make it a 16-9 final. Some teams strive when playing short-handed but FSBB is not one of them as this is the second time they have played with less than ten.

(All games are at Killington Library Field)