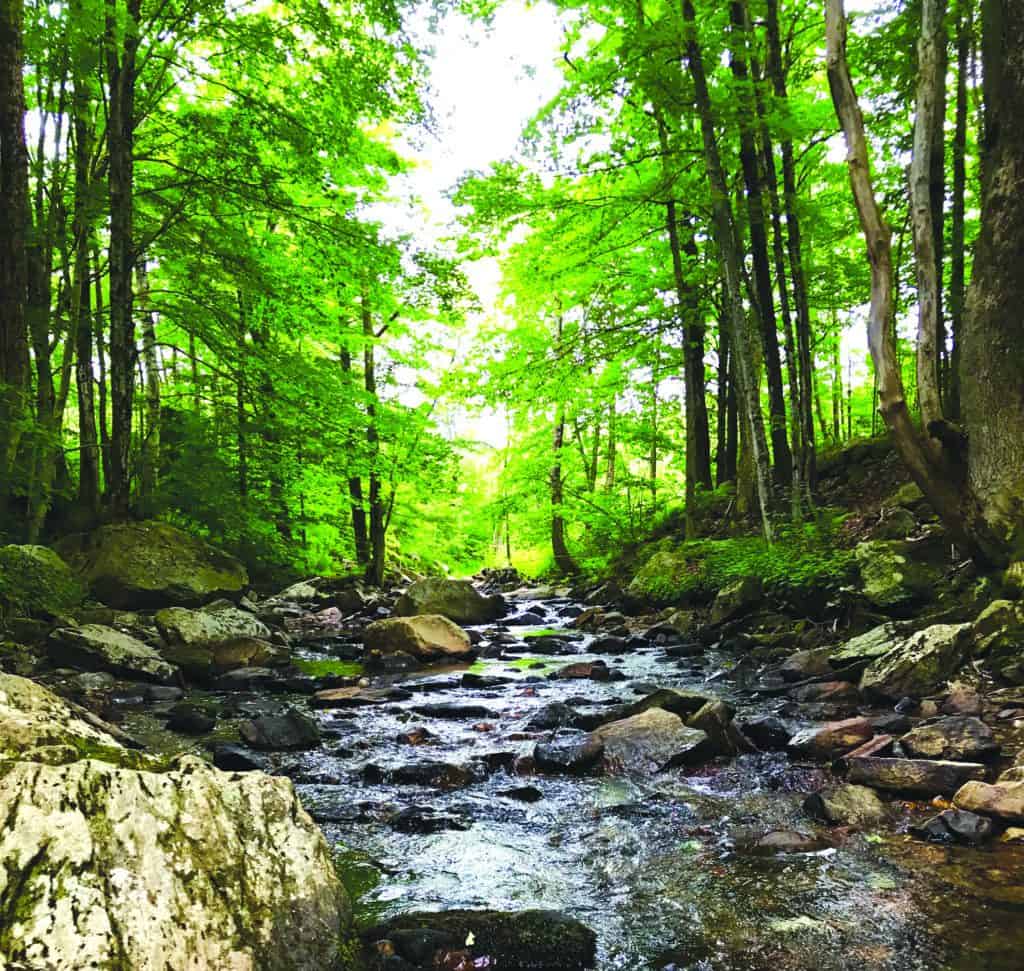 There’s a place I go to hide.

It’s just a few paces off the beaten trail but somehow no one ever seems to be there. I maneuver past whichever old — but not quite rusted — pickup truck seems to be blocking my secret path that day and duck my head underneath a cascading branch. It’s perfectly placed, this full leafed branch, serving almost as a doorway which hides the entrance from all but the most observant folk. At a quick glance, it looks the same as all the other branches marking the border of the forest, with no special characteristics whatsoever.

Except that this branch is different. It marks the entrance to a secret path that winds quietly through the forest, first descending into and through what can only be described as a seasonal mud pit. While it is not the dangerous journey through the Swamp of Sadness, the mud is still thick and squishy enough to discourage most sneaker wearing persons. And those that are brave enough to risk getting their feet sucked into the mud are deterred by the cloud of icky little black bugs hovering at about waist height. The once curious individual steps rapidly backward, snapping the branch back into place and returns to their more mundane existence.

But my curiosity always got the better of me and instead of turning to flee, I peered beyond the mud pit and saw what could perhaps be an opening into the forest. Move quickly through the bugs, I made my way into the bushes. They tickled my armpits and scratched my legs, but I had gone too far to turn back now. I crossed my arms in front of my face to guard myself and kept pushing through what I now only hoped was a path. In the distance, I could hear the rumble of the old pickup truck being started and I knew that wherever I was going I was now completely on my own. There were no foot prints in the earth but something had definitely gone this way before.

The bushes opened up slightly and a path appeared, breaking to the right and heading upward slightly. It was not a path eroded by the steps of man or beast, but something different. There was this feeling that this path had always been here, that somehow this path had never not been here but had also never been used. The sides of the rocky path were lined with moss, still plump and green even in the shadows. The bushes, however, still blocked sight of anything and I was continuously pushing them out of the way so I could move forward.  I had no choice. Every once in a while, the root of a tree would cross the path, making a natural step in the ascent. Except for the increasing number of scratches on my arms and legs, nothing changed for quite a while.

I continued on, a feeling of being pulled forward by a glow in the distance. It lay ahead, this light green glow on the horizon, and I began to imagine an open area where the light would touch everything instead of this thick canopy under which I was walking. Something lay ahead, hidden in this forest, and I could feel that I was almost there. To where, I had no idea, but I knew I was getting closer. Although I still could not see beyond the path, the bushes had begun to lower and the space between the treetops was widening. Up ahead, I could see the path was veering to the left and would descend. Although still anxious, I was excited for what might be beyond the bend and I hastened my pace. As I came to the bend, I could do nothing but stop and stare at the hidden beauty that lay before me.

Whatever it was I had been looking for, I had found it.