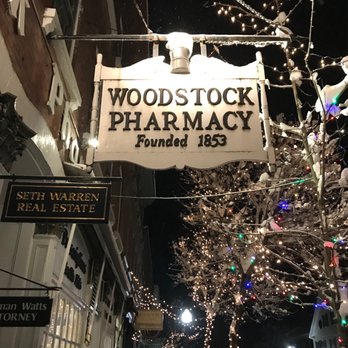 After 167 years, the Woodstock Pharmacy is shutting down Oct. 4.

Owner Gary Smith, who had tried selling the store to retire, said plans for a group of investors to purchase the building fell through.

“In searching for a buyer, I have concluded that the best outcome is a sale to CVS Pharmacy,” Smith said in a statement.

While the building in Woodstock will close, the pharmacy’s current customers will be able to pick up prescriptions at the nearest CVS, which has locations in Rutland and West Lebanon, New Hampshire.

Smith, who has operated the pharmacy since 1975, after taking it over from his family, wrote a heartfelt note to customers.

“The relationships I have formed have enriched my life and given me much pleasure,” Smith said. “I hope that the pharmacy has been the place of comfort for my customers as it has been for me.”

Smith declined to comment further until the pharmacy officially closes.

Smith employs around 10 people — most of whom know customers by name.

The doors to the Woodstock Pharmacy have been locked since the Covid-19 shutdown, but prescriptions are still being filled and brought to customers outside the door. Earlier this year, Smith said he was losing about 25% of his business due to the pandemic.

The closure will leave a hole in the town, which once supported two pharmacies. The Shire Apothecary, which was located across the street from Woodstock Pharmacy, closed in 2013.

Woodstock Select Board chair Mary Riley said the town has been “spoiled” to have a remaining pharmacy when so many other small towns have lost pharmacies to giants like Rite Aid and CVS.

“It’s really going to be a loss for Woodstock,” Riley said. “[Gary] has served us well and the people who have worked there have been people we’ve known for a long time and we’ll miss them, too.”

Patricia Campbell, a customer, echoed Riley’s statements in a post on the town listserv.

“This is a great loss for the Woodstock community where we have always relied on and benefited from excellent care and service,” said Campbell. “I personally want to thank all the staff behind the counter and behind the scenes and the pharmacists who knew us all as we knew them.”

Though there will be loss, the town might not be without a pharmacy long. As Woodstock Pharmacy closes, rumors that a new pharmacy will open in the basement of the Ottauquechee Health Center in Woodstock have circulated.

It’s unclear what will happen to the pharmacy building. The building, which is assessed at $676,900 on the Grand List, is in prime location in the Woodstock Village.

Woodstock Village Trustee chair Jeff Kahn, who owns the Unicorn, a neighboring gift shop, was confident the pharmacy building would be rented to a new business, but acknowledged there may be a short-term vacancy.

“It’s not good for Woodstock in general to have a vacant business,” Kahn said.