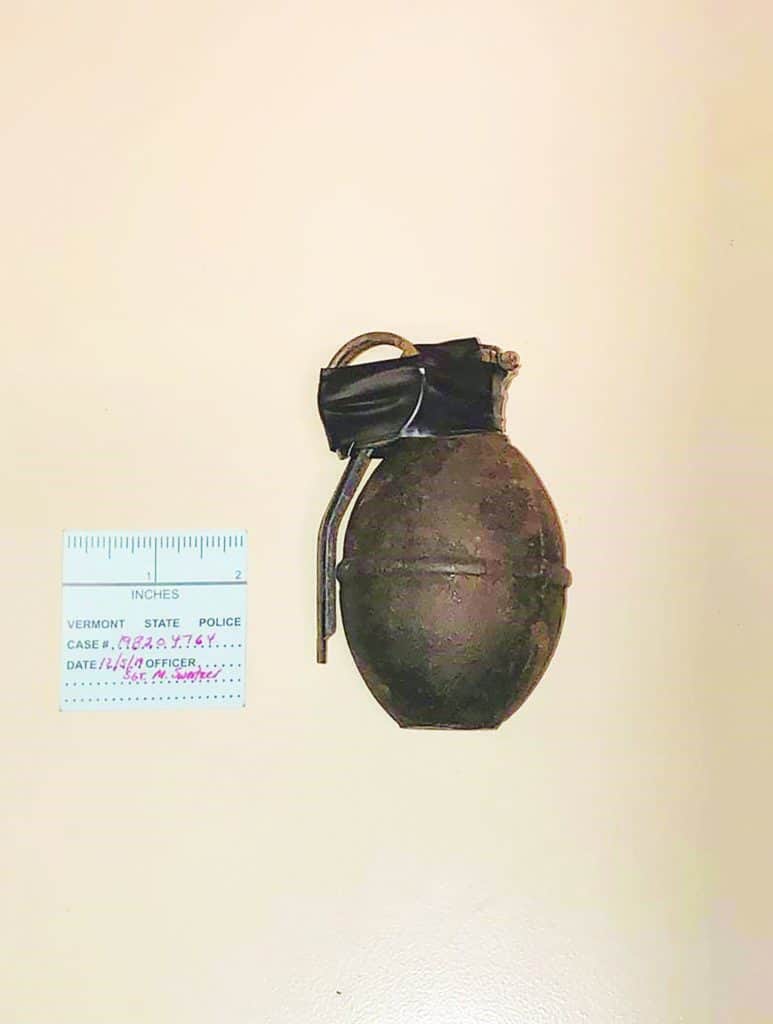 The Vermont State Police bomb squad arrived at Rochester Elementary School around noon Thursday, Dec. 5 after a child brought what looked like a hand grenade to class.

Explosives technicians later determined the device was an inert training grenade that wouldn’t have exploded.

Sgt. Eric Hudson said the device was brought to school by an 11-year-old. Staff members at the school were made aware of it by another student. The principal called police shortly before noon.

“We did not take any chances that it was an inert grenade even though we had adult knowledge that this was just a paperweight that sat on a desk,” Hudson said.

Staff members immediately removed the device from the building and placed it on the edge of a walkway outside while students in the school were moved to a different section of the building.

Hudson wasn’t sure why the student brought the grenade to school.

Police aren’t filing charges due to the age of the student.  The incident is being handled internally by school officials.

One comment on “VSP find bomb at Rochester Elementary School”