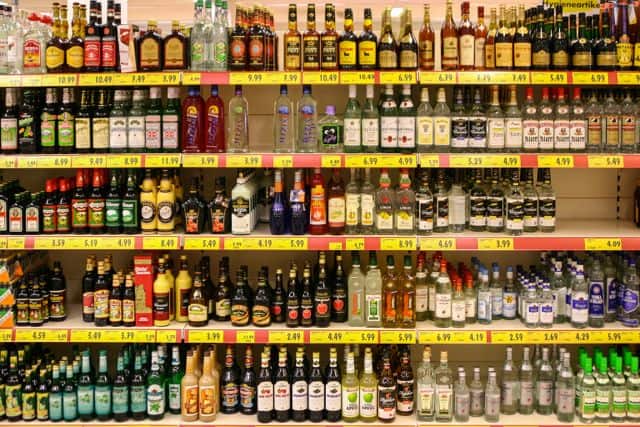 When it comes to liquor purchases made in the first weeks of quarantine, Vermonters went for quantity over quality, buying more 1.75-liter bottles of inexpensive brands, and less of the artisanal spirits that have defined their purchasing habits in the past.

Liquor sales from state stores increased by 14% in March over the same month last year, said Patrick Delaney, commissioner of the Vermont Department of Liquor and Lottery. That’s an increase of about 4,500 cases.

“I would categorize their interest to be perhaps in more of a value-priced brand versus premium brands,” said Delaney, adding that the move away from premium brands is happening nationally, not just in Vermont.

“People are moving away from the super-fancy stuff,” he said. He added that he doesn’t think people are necessarily drinking more; they’re just stocking up on liquor the way they’ve been stocking up on staple foods and items like toilet paper.

“In some sense people are also applying the same type of perspective when they are purchasing distilled spirits as well,” he said.

Jokes and reports about drinking at home are common now on social media – mostly because there aren’t many other places than home that people can drink. Gov. Phil Scott closed all of Vermont’s bars and restaurants March 17 as he sought to limit the spread of the novel coronavirus. Through other actions, the state has closed all non-essential businesses, limited social gatherings to less than 10 people, and repeatedly urged Vermonters to stay at home as much as possible.

While counselors aren’t reporting an increase in alcohol-related problems yet, according to Cortney Donohue Slobodnjak, a counselor in Chester and president of the Vermont Mental Health Counselors Association, alcohol can be used and abused as self-medication during times of stress and family conflict. But Slobodnjak added that alcohol abuse tends to reveal itself over time, not suddenly. Slobodnjak said it’s reasonable to expect alcohol abuse could increase in the stress of the pandemic, when people are confined to their homes.

“Partners who are struggling with their own emotions during all of this will begin to notice (because we are unable to hide from each other in our homes) some of the more concerning things that come with prolonged alcohol use,” she said. “At that point, some of these addictive personality traits may cause some interpersonal conflict and strife and possibly create more concerning actions.”

The U.S. Centers for Disease Control and Prevention also warns that the stress of the pandemic and the quarantine can worsen chronic mental health conditions and increase the use of alcohol, tobacco, and other drugs.

Vermont has 76 state liquor stores, although the managers of three chose to stop operating their stores until the governor lifts the “stay home/stay safe” executive order, now slated to end May 15. One of those closed is in Killington. Revenues from those state stores go into the general fund; last year they yielded $29 million, said Delaney.

Liquor store revenues were rising at a rapid clip even before the governor closed down most businesses and confined most Vermonters to their homes. Delaney said liquor sales have been growing at an average of 3% per month over the last few years as Vermont does a better job of competing against New Hampshire’s state liquor stores. Because it’s his job to maximize those revenues, Delaney was sorry to see the bars and restaurants closed in March. Those proprietors all buy their liquor from state-owned stores.

“The business seems to be rather robust, even in the tragic absence of the on-premise licenses,” he said. “Quite honestly, the [Vermont] department in the past several years has done a much better job of competing with the state of New Hampshire and servicing our customers better to encourage them to shop locally. That’s an ongoing endeavor.”