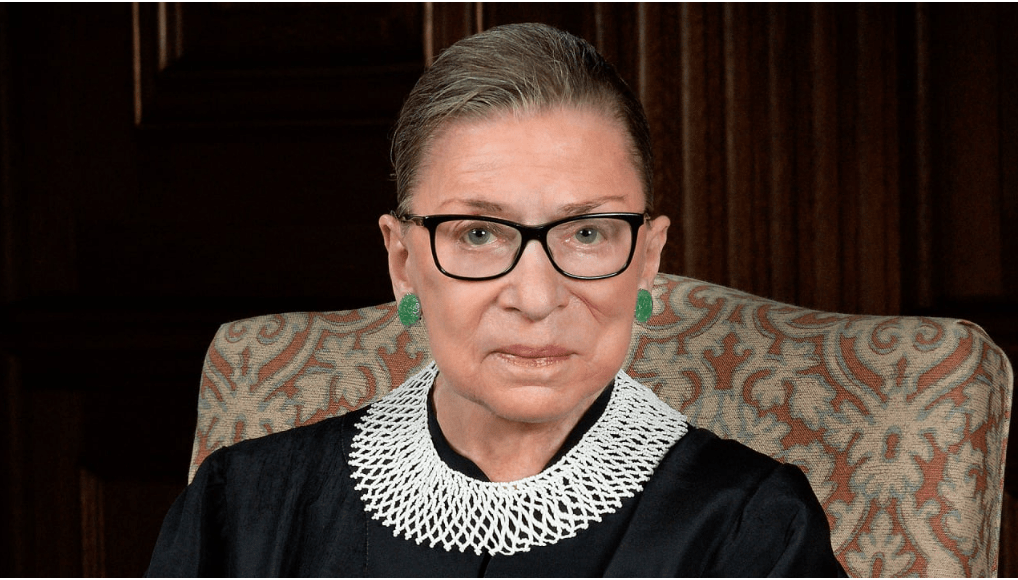 The Vermont congressional delegation and the governor issued statements Friday night, Sept. 18, mourning the passing of Ruth Bader Ginsburg. In the same breath, the two senators and congressional representative decried the news that the Senate majority leader will hold a vote for a Trump nominee to replace her before the end of the year.

Ginsburg, 87, died of metastatic pancreatic cancer Friday evening. RBG, as she was known, was a beloved icon of the feminist movement. The legendary champion of women’s rights was, as Rep. Peter Welch put it, “a titan of jurisprudence.”

“A pioneer from the earliest days of her career, she won a landmark case for women’s rights in 1971, before being appointed to the highest court in the land in 1993,” Welch said. “She served with distinction, never letting her colleagues forget the huge impacts that the law has on the most vulnerable among us.”

Sen. Patrick Leahy, D-Vt., said she was “unmistakably kind and funny, and a fundamentally decent human being.”

Gov. Phil Scott, a Republican, also sang her praises. “She was a tireless advocate for justice and equality, and an example for future generations. There is no doubt she will be missed on the court, and in our national dialogue.”

Two days before she died, she told her granddaughter, “My most fervent wish is that I will not be replaced until a new president is installed.”

News of her death had barely registered with the public on Friday when Sen. Mitch McConnell issued a statement vowing to take up President Donald Trump’s nominee regardless of whether he wins re-election.

“Since the 1880s, no Senate has confirmed an opposite-party president’s Supreme Court nominee in a presidential election year,” McConnell wrote. “By contrast, Americans reelected our majority in 2016 and expanded it in 2018 because we pledged to work with President Trump and support his agenda, particularly his outstanding appointments to the federal judiciary.”

“President Trump’s nominee will receive a vote on the floor of the United States Senate,” he said.

McConnell’s statement is in direct contradiction to his treatment of former President Barack Obama’s pick, Merrick Garland. The senate majority leader refused to consider Garland who was nominated in March 2016, nine months before Obama left office.

At the time, McConnell said, “Give the people a voice in filling this vacancy.”

“They must exhibit a shred of integrity and recognize that abandoning their word now, and breaking all precedents by ramming a nominee through — most likely after the election — would cause the nation tremendous pain,” the senator wrote.

Scott also says the Senate must follow precedent “as well as her dying wishes, and delay the appointment process until after Inauguration Day.”

Sen. Bernie Sanders, I-Vt., said McConnell “is cementing a shameful legacy of brazen hypocrisy.” The Senate majority leader’s announcement is in “direct contradiction of his statement in 2016, when he said Supreme Court nominees should not be voted on during a presidential election year,” he added.

Sanders said several Republican senators, including Sens. Lisa Murkowski, Chuck Grassley and Susan Collins, have already said they would not vote to confirm a Supreme Court nominee this close to an election.

“The right thing to do here is clear,” Sanders wrote. “The Republicans in the Senate know it, and many of them have stated it clearer than I could. We should let voters decide. Period.”

Welch urged the Senate to apply the “McConnell Standard” and wait until the new year for a vote. “There can be no vote in the Senate until the American people have voted to decide who will nominate and confirm the next Supreme Court Justice,” Welch said.

Seasons change, but Vermont stays beautiful. A for

Very impressed everyone followed the rules and res

We can always count on @outdoorimages.ifp3 to capt

@killingtonmtn got its first snow of the season! O

Despite recent rains, the colors are still hanging

Another gorgeous day in Vermont! Here’s the Kill

This spooktacular display on Bellevue Ave in Rutland is one of the many houses that have gone all out for the season. With no parade this year, just driving around town can be a great way to get in the spirit! 🎃👻 📷 Krista Johnston #halloween #decorations #spooky #creepy #skellies ... See MoreSee Less

The Thomas W. Huebner Medical Office Building at Rutland Regional Medical Center was officially dedicated on Monday, Oct.19. The new building, which is adjacent to the hospital on Allen Street in Rutl...
View on Facebook
·Share

A new issue is out today. Inside: @rrmcvt opens its new building, meet the interim minister at Grace Church, a new town pizza oven in Hartland, plus a host of COVID-safe Halloween activities for the whole family. Pick up your free copy or read it online here: