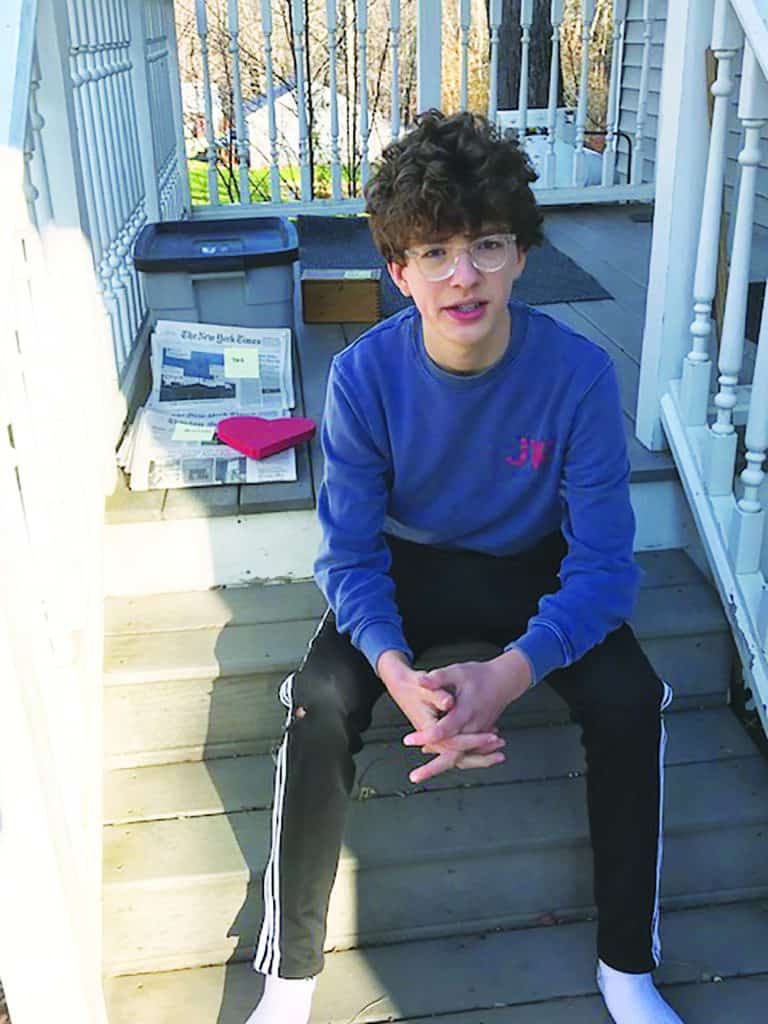 Oliver Szott calls his company Barnard Newspapers. Oliver is 13 years old and he’s been supplying newspapers since August 2018 when he recognized and seized an opportunity created by changes in the newspaper distribution businesses.

In 2018, Barnard General Store, the only place within miles that patrons could purchase the Boston Globe, the New York Times and the Wall Street Journal, decided to stop carrying the papers.

“After the delivery fee,” Minerva wrote, “we have sold papers at a loss every week for five years. The delivery fee is a weekly number, but it has added up to over $2,100 in fees since we opened. We refuse to do business with a vendor that is not creative enough to adapt their model and instead just decides to raise their wholesale price to full retail.”

Some Barnard residents voiced their displeasure with the store’s decision, posting their feelings on the town’s popular email listserv. The online fracas got a lot of attention, but Minerva and Bradley decided to stick with their decision to stop selling out-of-town papers.

“In reference to the listserv, dissent is loud,” Minerva admitted. “We had an outpouring of support ranging from lengthy emails to people coming into the store to let us know how they felt. In total we have had less than five negative responses [outside of the listserv] and about 200 customers a day coming through the doors to show support.”

The unsupplied demand did not go unnoticed by Oliver Szott or his mentor, Sara Widness. With Widness’ help, he arranged for White Mountain News to deliver the out-of-town papers to his home and he was in business. 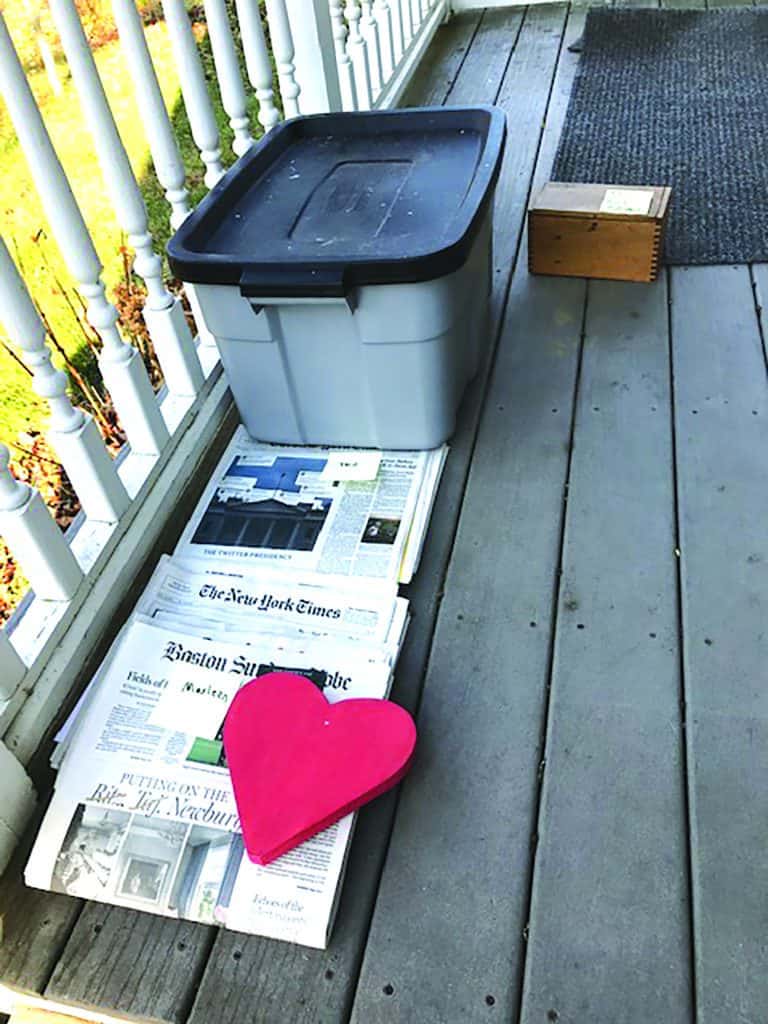 “Many people have been missing the ability to buy out-of-town newspapers in Barnard,” he posted on the listserv. “My name is Oliver Szott, I’m thirteen years old, and I had an idea to help fill this gap. With help from Sara at The Fan House and the Universalist Church—I am introducing an out-of-town newspaper subscription service for Barnard.”

The first Sunday, Oliver had a supply of papers people could pick up at the Universalist Church between 8:30 and 10:30 a.m.

Subsequent deliveries would be on a pre-order weekly or monthly basis that could be arranged either by email or in person during Szott’s “office hours” – also 8:30 – 10:30 a.m. Sundays at the church.

Barnard General Store had been selling five weekday out-of-town papers and 10-15 Sunday editions. Oliver told the Mountain Times he sold about a dozen Sunday papers in the summer of 2018, but in the fall the number drops in half. He doesn’t sell the dailies because “it isn’t profitable,” he said.

“Delivery” consists of a stack of marked reserved papers on his porch with an honor box for payments. He charges $1 over the retail price and pays the $3 delivery fee out of that. It’s not a big margin, but Oliver hopes to save up enough from all sources to someday buy a car.

His interests include filmmaking, politics and business.

Newspaper distribution isn’t his first enterprise – two or three years ago Oliver and his cousin sold homemade sodas at Feast and Field and the Mt. Tom Farmers’ Market.

“I have some other ideas, too,” he said, “but I haven’t done anything with them yet.”