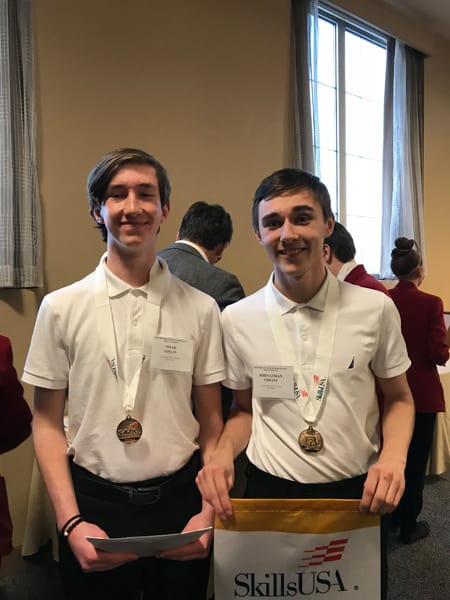 SkillsUSA is a career training organization that recognizes promising students in the trades, technical fields, and service professions.

The theme for this year is “Champions at work, job-ready day one.”

Other Stafford students who will travel to the competition include Caden Curtis (Rutland High School) and Levi Tarbell (Mill River UHS). They will compete with two other career tech ed students from St. Johnsbury in the Teamworks competition. The team  will need to combine construction, plumbing, masonry and electricity in their competition.

Rutland’s Matthew Rock, who won two gold medals at the state level, will compete in medical math at the national level.

SkillsUSA empowers its members to become world-class workers, leaders and responsible American citizens through the development of personal, workplace and technical skills grounded in academics.Endorsed by the U.S. Dept. of Education, Skills-USA is dedicated to closing the skills gap in the next generation of U.S. workers. SkillsUSA serves more than 335,000 students and instructors annually. Over 6,000 contestants are expected at the national conference and competition.

Photo Submitted
Noah Logan, left and Johnathan Urbani , both of Rutland High School and attending Stafford Technical Center’s STEM program, pose with their state level gold medals. They  are now preparing to compete in the Additive Manufacturing at the SkillsUSA competition in Louisville, Ky., June 25-29.