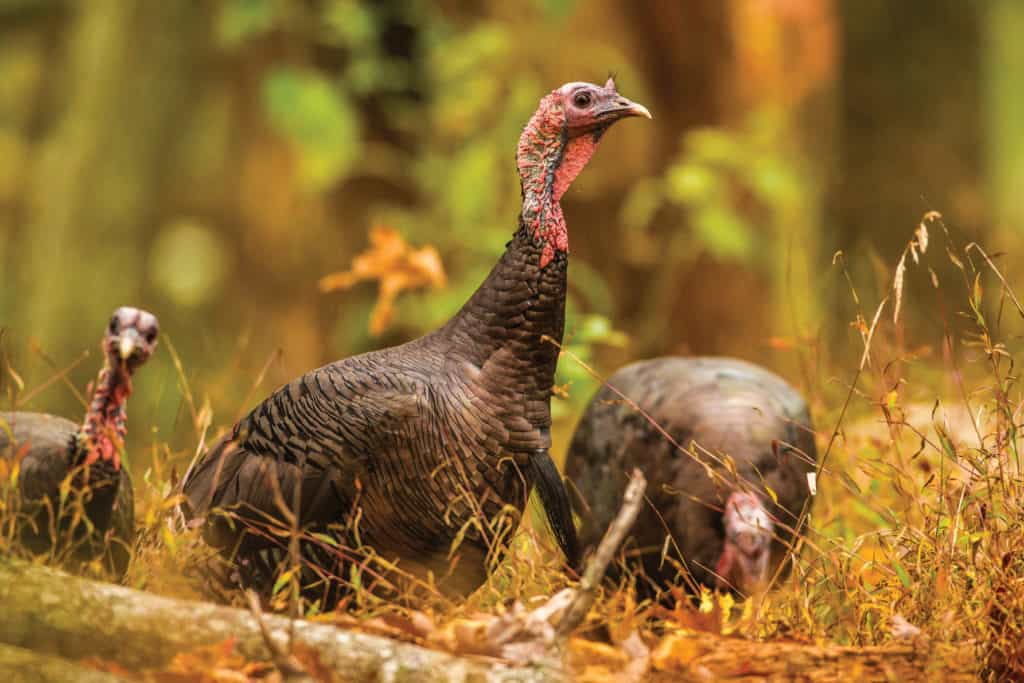 State officials want to start a novice turkey-hunting weekend and introduce an electronic reporting system for big game, changes that could help combat a decline in the number of hunters — and in the state’s revenue from hunting licenses — and make reporting game easier during Covid-19.

Hunting license sales have plummeted since the mid-1970s, when the state sold about 150,000 licenses a year. The number had dropped below 70,000 by 2016. Hunting and fishing license sales comprised about a third of the Department of Fish and Wildlife’s revenues in 2017; for the current fiscal year, the sales were budgeted at $6.8 million, or 26% of the agency’s revenue.

The new programs, two of several proposals discussed in recent months by the state Fish & Wildlife Board, are open for public comment until September.

Under current policy, hunters must bring big game they’ve bagged to a Department of Fish &  Wildlife station or a designated reporting station — often a general store or sporting goods shop — so the size, weight and other details about the animal can be collected.

With the proposed revision, hunters could use an online form to submit information about turkeys and deer. And, in an emergency, the Fish & Wildlife commissioner could let hunters report bear and moose carcasses electronically, too.

“This all came about largely because of Covid,” said Louis Porter, the department’s commissioner.

Around the spring turkey season, when it became clear the pandemic was not subsiding, officials rushed out an emergency rule that allowed online reporting so hunters could avoid in-person contacts, Porter said.

“Despite the short turnaround on that, it worked very well,” he said.

Anticipating that Covid-19 may continue into the future, officials looked to make the change more permanent.

Department leaders believe the virtual reporting system has benefits outside the pandemic.

“Not all hunters want to drive the 5, 10, 20 miles — 40 miles round trip, maybe — to get to a big-game check station,” Chris Bernier, wild turkey project leader, said in a prerecorded presentation shown during a public hearing Monday, Aug. 24, on the proposals.

“That’s real,” Bernier said, “and I think that’s particularly real when we talk about turkeys.”

The change might particularly appeal to younger people, too, Bernier said, a chief concern for state officials who believe that aging hunters aren’t being replaced by a new generation.

However, shifting away from in-person reporting could have some downsides for data, Porter said.

of having people drive … versus the quality of data you get,” the commissioner said.

At official check stations, state biologists can do things like examine tooth wear and make determinations about the health of an animal. At designated stations, the state may get slightly shallower data.

With online reporting, Porter said, “you get some data but not as much.” Individual hunters might not have a proper scale for weighing an animal carcass or the tools to determine an animal’s age.

The department uses data reported by hunters to monitor trends in animal populations.

To qualify as novices, people must have received their first hunting licenses within the last year and be at least 16 years old. Youth hunters are 15 and under.

A licensed novice would have to be accompanied by a licensed unarmed adult to participate in the new weekend.

“In terms of engaging people in the natural world … having a novice weekend for adult-onset hunters is a good way to do that, and it’s a good way to get people to mentor other new hunters,” Porter said.

States around the country see this population — people in their 20s and 30s who didn’t grow up hunting — as a way to boost declining license sales. Encouraging mentorship has been critical to those programs. Vermont implemented a novice weekend for deer hunting over the last year.

Time constraints pose an obstacle to hunting mentorship, Porter said, but adding a novice weekend would let established hunters take a new hunter into the field without taking away from their own plans for the season.

“They’re helping a novice hunter into the process and not losing any of their own hunting time,” he said.

Officials believe turkey hunting might be less intimidating to novices, too, than hunting larger game.

State officials introduced the proposed changes — along with a few smaller revisions, like allowing smaller shot sizes for turkey hunting — at a public hearing Monday, Aug. 24, over Zoom.

About 30 people tuned in, but none offered any comment on the proposals. The Fish & Wildlife Board plans to meet Sept. 3, one day after the public comment period ends, to decide its next steps.