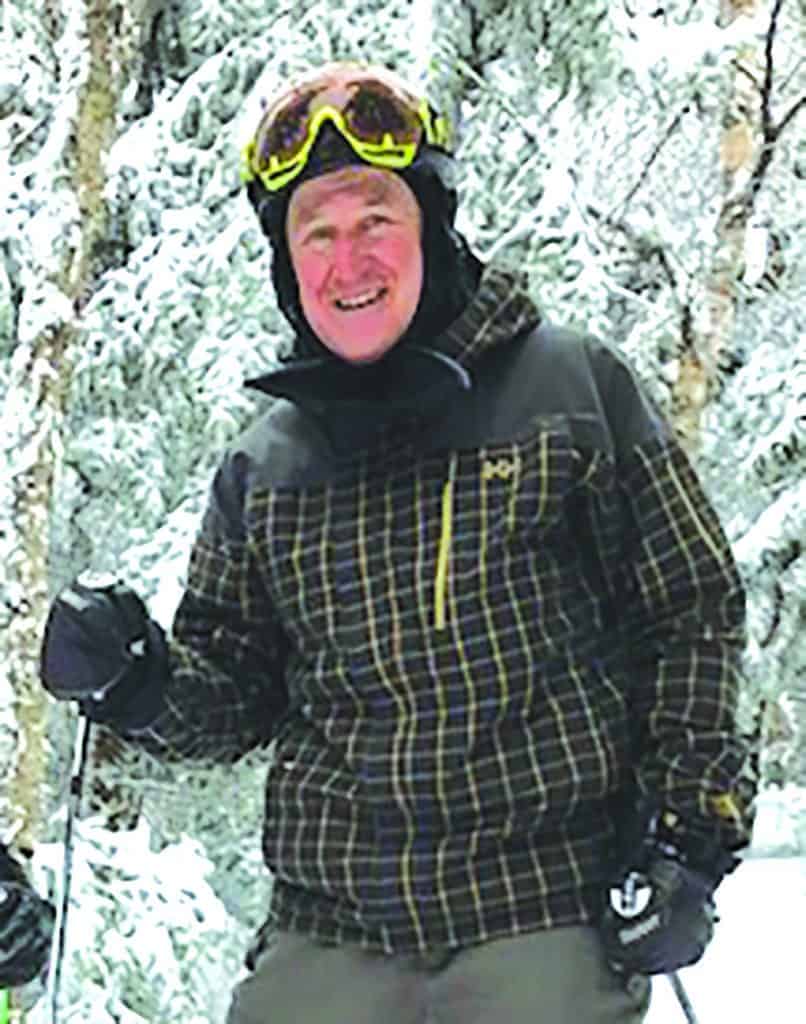 Scott Howard, an enthusiastic and proud member of the Killington 100 Day Club, who had an incredible insatiable passion for skiing and golf, died June 25, 2020. He was 67.

It is always so difficult losing a person who was such a special member of the Killington community, who had a love for the great outdoors. Beyond being a terrific guy and cherished by family and friends, he will always be remembered for his inspiration to all his friends both on and off the slopes and golf courses.

Two ski seasons ago, upon celebrating his 65th birthday and retiring, unlike most that look forward to collecting Social Security and relaxing, Scott Howard set a goal of challenging himself to see how many vertical feet he could ski in a season, using the Trace Snow Ski Tracker app. The official world record at the time was 6.4 million vertical feet recorded in 2015. By May 15, 2018, he had surpassed 6.5 million vertical feet and accomplished his goal [and he wasn’t done, continuing until closing day May 26, 2018 and set an incredible new world record of 6.7 million vertical feet in a single ski season! See Powder magazine’s story: powder.com/stories/interviews/vermont-skier-aims-for-world-record-after-skiing-6-4-million-vertical-feet/

He skied every day from open to close, ate on the lift, and brought sandwiches for the lift attendants. He often traveled to Stowe for his favorite high-speed lift, pounded out runs on Superstar, and one occasion skied 143 runs from 9 a.m. until 3 a.m. when Crotched Mountain stayed open for a charity event. His ski friends would ski with him for part of the day, then watch him in amazement. Killington is legendary for its diehards, and Scott Howard was surely at the top of the list. When he wasn’t doing the vertical challenge, he was happiest in the trees, skiing moguls, and most of all, skiing  powder. He made many ski trips out west to Jackson Hole, Snowbird, Big Sky, and several memorable trips to Japan.

He passed away peacefully at home in Bridegwater Corners, Vt. on June 25 after a battle with cancer. He leaves behind his beloved companion Shari Voghell, son Pat , daughter-in-law Angelica, his son Mike, daughter-in law Kelly, grandson Aiden, sister Kim Howard, and many friends.

He was born in New Haven, Connecticut April 6, 1953. He was educated at UNH with a degree in civil engineering and spent his 39-year career in sales at ABB Combustion Engineering in Windsor, Connecticut.

Scott Howard was multi-talented, buying old houses in Vermont and renovating and restoring them. He was an avid golfer and member of Okemo Valley golf club, where he achieved another goal of shooting in the 70s last season.

He will be remembered and missed by his family and friends for his spirit and dedication to living life at the fullest. For many of us, Killington will not be the same without him.

A celebration of life will be arranged when it’s possible to safely gather together. No doubt it will involve skiing.

This remembrance was submitted by Lynn Munsinger and Rob Kovalesky Sr.