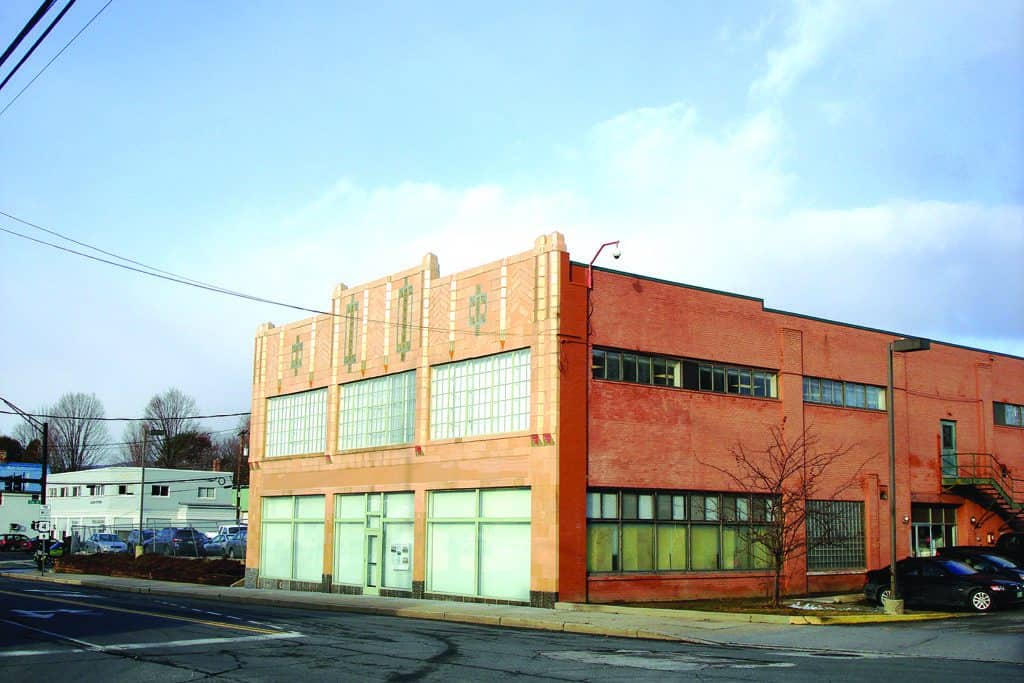 On Tuesday, Nov. 12, Rutlanders will buy their stamps and check their mailboxes in the U.S. Postal Service’s new lobby, located in the adjacent building locally known as the postal annex. Instead of climbing the marble steps to the older building, they will turn the other way and enter the postal annex on the parking lot side.

The move was prompted by plans to convert the present post office building to federal offices.

It will be a “very big move,” Postmaster Jim Ragosta told the Mountain Times, but he is excited because it means a more efficient operation in a space that has been customized to post office needs as opposed to fitting into a much older building. Currently mail processing and sorting is done on the upper floor of the annex, and having everything under one roof will eliminate the need for postal workers to travel back and forth across the parking lot in all weathers.

On the other hand, “It will be a shame to lose a nice marble lobby,” he admitted.

All supplies, fixtures, counters and passport service will migrate to the annex over the weekend before Veterans Day. All-new mailboxes are being installed in the annex.

“We have Area Maintenance employees from White River Junction who will do the move over the weekend, some guys from New Hampshire and Maine also. It will be completely vacant,” Ragosta said. “The change will have no impact on mail delivery and impact on customers will be minor. Customers will park where they usually park.”

Efficiency Vermont had done an assessment from a previous project over the winter. “We have upgraded all our HVAC systems upstairs and the downstairs has all brand-new heating and cooling heat pumps and LED lighting downstairs,” Ragosta said, adding that solar panels will not be installed. “It will be a big improvement as far as energy efficiency.”

Outside, watching as workers opened a manhole in the street, site supervisor Billy Smith of Wesfield Construction explained the job.

On the inside, the annex was gutted on the ground floor. An elevator, new steps and a ramp for ADA compliance have been installed.

“We’re a couple of days away from finishing the main lobby, we have to do some finishing touches on the lobby and the stairway to go upstairs,” he explained. The exterior of the building will remain untouched; the contractors have been coordinating with the state office of historic preservation.

“The hardest part is keeping it accurate historically but still retrofitting with new technology, new doors and windows,” Smith said.

Wesfield Construction is out of West Chesterfield, New Hampshire. One of its specialties is post office remodels and other public buildings.

ECI (Engineers Construction Inc.) out of Williston, a recognized firm that worked on the Middlebury tunnel project, was feeding a 4-inch data line from the building to the manhole, drilling horizontally under the surface to avoid tearing up the street and sidewalk, as cars edged past the workers into the post office lot. The line connects to other data and communication lines under Rutland’s streets.

The postal annex’s façade dates from 1929 and is the only example of the Art Deco decorative style in Vermont. It features glazed terra cotta blocks in colorful geometric patterns and verde antique marble insets. The ultra-large windows attest to its beginnings as an automobile showroom. The U. S. Postal Service acquired it in 1998 to house its distribution center and collaborated with the city to repair and restore the façade in 2014. Known historically as “the Cootey building,” the annex is listed in the state and national registries of historic places.