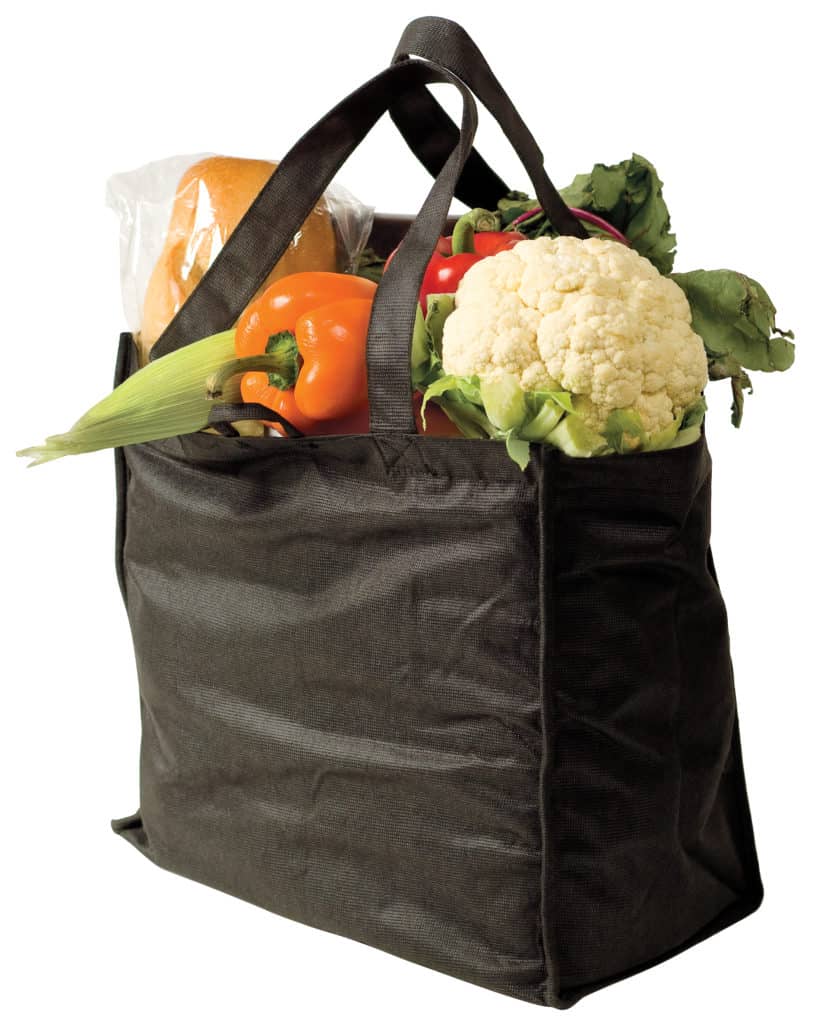 Voices who opposed the ban on single-use plastic bags as more hygienic and utilitarian may be getting some support from an unanticipated source: COVID-19.

Since at least 2010, when the University of Arizona, partnering with Loma Linda University, randomly examined 84 reusable grocery bags in actual use and found significant traces of e.coli and other biohazards in them, reusable grocery bags have been recognized as potential vectors of disease if not laundered and sanitized regularly. The tested bags were compared to brand-new reusables, which showed no contamination.

At the same time, the researchers noted that “consumers were almost completely unaware of the need to regularly wash their bags … A full 97% of those interviewed never washed or bleached their reusable bags…”

The research was conducted in Tucson, San Francisco and Los Angeles.

According to UANews, “Field research for ‘Assessment of the Potential for Cross Contamination of Food Products by Reusable Shopping Bags’ was conducted according to established scientific methodologies and best practices.” The American Chemistry Council, a plastics manufacturer, underwrote the project.

While public awareness of the importance of environmental stewardship has grown and conscientious shoppers now carry canvas totes into stores and farmers’ markets, the ban on single-use plastic bags is being challenged by the arrival of COVID-19.

Even without a pandemic, food markets are a “breeding ground” for dangerous bacteria, the UA-Loma Linda report said. Exposed produce, packaging, countertops, cash transactions, conveyor belts, shopping carts and baskets, and human fingers, not to mention coughs, sneezes and now, even exhaling or talking, transmit bacteria that then finds its way into reusable shopping bags and then the home or elsewhere.

One study finds that viruses can survive in tote bags up to nine days.

The New England Journal of Medicine published findings March 17 that COVID-19 can remain in the air up to three hours, on cardboard up to 24 hours and on stainless steel and plastic up to 72 hours.

On March 25, Gov. Charlie Baker of Massachusetts temporarily lifted the ban on single-use plastic bags and prohibited the use of reusable bags. Boston Mayor Marty Walsh had previously announced the same measures in the city.

City-journal.org reported that viral gastroenteritis, which infected an Oregon girls’ soccer team, had been incubating in a reusable grocery bag kept in a hotel bathroom.

The warnings have been picked up by clinics and consumer organizations as well, with many recommendations for proper cleaning of the reusable bags.

But the claim has not been without its skeptics. In June 2010 npr.org, for example, played down the risks claimed by the American Chemistry Council’s 2010 study as possibly biased and suggested the timing was also pertinent, as California was about to legislate a single-use plastic bag ban. NPR cited other authorities who pooh-poohed the notion that anyone would actually get sick from the strains of bacteria named in the study.

NPR interviewed Dr. Susan Fernyak, of San Francisco’s Communicable Disease and Control Prevention Division, who asserted that reusable bags were safe, but admitted that washing them “isn’t a bad idea.”

In an effort to settle the issue, in 2018 researchers from Loma Linda sent shoppers into three California supermarkets with reusable grocery bags that had been sprayed with a harmless norovirus surrogate. The researchers then swabbed all surfaces touched by the shoppers and found the highest concentrations on the shoppers’ hands, the clerks’ hands and at the checkout stand. Their findings were published in the Journal of Environmental Health.

By March 2020, city-journal.org’s Eye on the News series published “Greening Our Way to Infection,” which cited the “obvious advantages [of single-use plastic bags] in reducing the spread of pathogens.” One of the pathogens mentioned was COVID-19.

All sources agree with the journal’s opening statement, that “The supermarket is also a location where food, the public and pathogens meet.”

They also concur that the best anyone can do for now is to wash their hands regularly with soap and water and disinfect reusable grocery bags once a week.

One important caution: “Never mix household bleach with ammonia or any other cleanser,” the CDC said. The mixture produce chloramine gas, which can burn your eyes and respiratory tract and can cause internal organ damage.