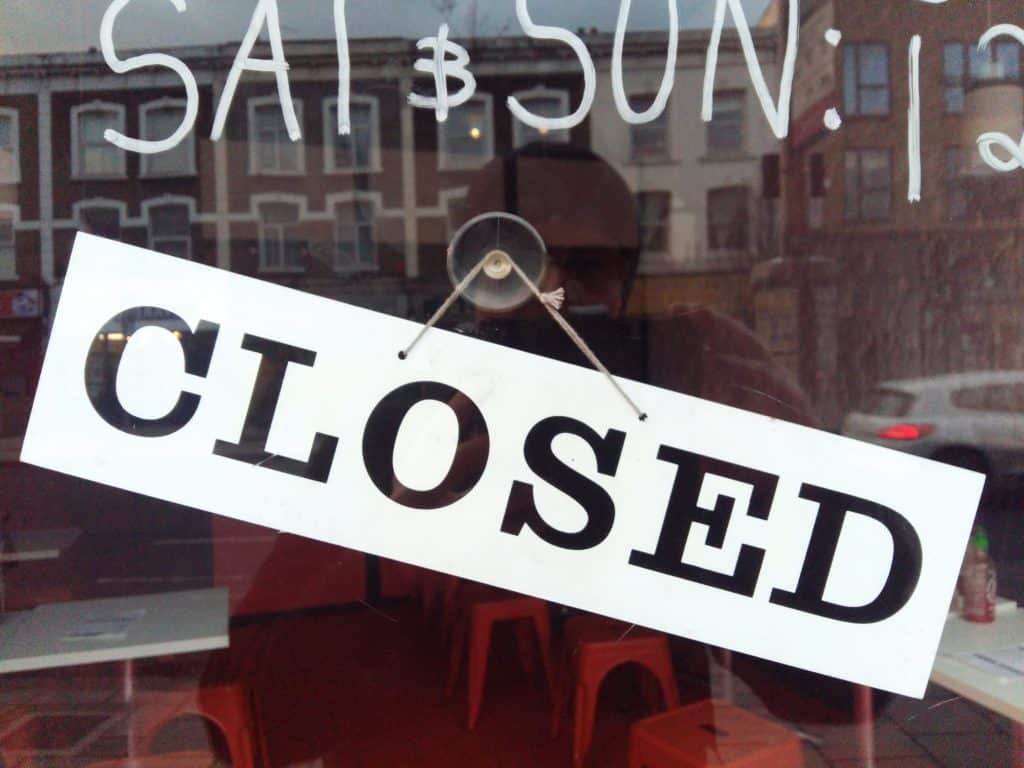 After promoting a “Stay to Stay” pro-gram for the last two years and creating other incentives to get people to come to Vermont and relocate, Governor Phil Scott issued an executive order — and then an amendment strengthening that order —calling for visitors to, essentially, not visit.

The Department of Tourism underscored the fact that the only lodging rooms that should be rented out right now are those for people working on the front-lines of fighting the COVID-19 epidemic.

This directive includes private rentals as well as licensed lodging establish-ments. “No new arrivals or reservations for immediate extension of stay are permit-ted after 5 p.m. on Wednesday, March 25 through April 15,” it stated.

Many hotels and other lodging establishments had already shut down, preemptively. “We closed the Woodstock Inn in mid-March and are not planning on opening until May 1,” said Courtney Lowe, the marketing director for the prestigious inn that was once a Rockefeller property.

Vermont State Police and other law-enforcement agencies were tasked with visiting hotels, bnbs and motels to assess compli-ance with the order.

Law enforcement visited roughly 295 lodging establishments on Saturday, March 28, and then the remaining 20 sites on Sunday, March 29. The purpose of the visits was to evaluate compliance.

There were eight in Rutland and Wind-sor counties that received letters of non-compliance. They include:

However, for many Airbnb hosts and smaller establishments, the order came as a surprise and compliance is tougher to enforce.

“I wasn’t really aware of this,” said one Stowe property owner who asked not to be identified. “We got an inquiry from a couple from New York wanting to rent for two months. It’s come at a time when we needed the money as our business is closed and the people who clean ours and other rental properties really need the income now too — this is their only way to make money.”

The New York couple had booked, paid and had planned to spend the months of April and May in Stowe. “Once we heard about the executive order, we had to ask them to cancel and refund their money,” the homeowner said.

On March 31, Airbnb send out a notice to all hosts supporting them with cancelations, but not requiring them to do so.

“When a guest cancels an accommodation reservation due to a COVID-19 related circumstance, with a check-in between March 14 and May 31, we will pay you 25% of what you would normally receive through your cancellation policy. This applies retroactively to all COVID-19 related cancellations during this period. This cost will be covered entirely by Airbnb.”

The state, however, will be able to see who is in violation of the order retroactively, based on tax returns that Airbnb or homeowners are required to send directly to them. It is unclear at this point if or how the state will hold these violators accountable.

But the directive is clear: visitors from anywhere — inside or outside the state — are being asked to return home. The governor’s order directs everyone to stay at home, leaving only for essen-tial reasons, critical to health and safety.

At a press conference Monday, March 30, Attorney General TJ Donovan noted that if necessary, fines of up to $10,000 and jail time of up to six months could be im-posed on violators who allow bookings during this order.

The ban does not require Vermont police to actively stop either Vemonters or those entering Vermont from a “hot-spot” state.

Gov. Scott stressed that strenuous efforts to keep out-of-staters out of Vermont should not be pursued with an “us against them” mentality, say-ing: “We’re all in this together.”

Lisa Lynn contributed to this report and a portion of this story was published March 26, 2020, at vtskiandride.com.