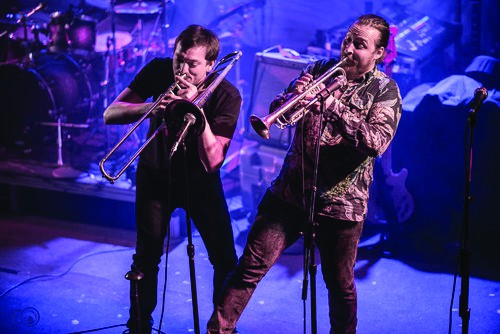 Friday, Dec. 6 at 8 p.m.—KILLINGTON—The Pickle Barrel Nightclub is excited to once again host Badfish, a Tribute to Sublime on Dec. 6 at 8 p.m. The Kingston, Rhode Island based group will be live on the stage of the house that rocks Killington to kick off ski season.

Bringing the Long Beach Dub vibes to Killington, Badfish embodies the essence of the late band. Blurring the lines between punk, ska, reggae, and rock, Badfish has successfully developed a dedicated following closely resembling that of the timeless act since 2001. Where Badfish tours, Sublime lives. Named after the nostalgic track off Sublime’s debut album, “40oz. to Freedom,” the band perfectly harnesses the vision set forth by Sublime. Badfish attractively keeps the Sublime spirit alive while performing, yet also puts their own twist on certain songs, bringing positive vibes to new generations and long time fans alike.

The Pickle Barrel will feature the band’s very own refreshingly playful beer on the night of the show. Badfish, a pale ale brewed with Blood Orange, is deliciously dank and will be available for purchase in cans the night of the show. The limited collaboration batch hails from the Rhode Island brewery Foolproof.

Fans can join Badfish at the Pickle Barrel by purchasing tickets at Jax Food & Games or picklebarrelnightclub.com. This is a 21+ show.

Did you know we have a podcast?? Check out the latest episode and subscribe to My Side of the Mountain podcasts.apple.com/us/podcast/sheep-farming-and-vertical-integration/id1578946939?i=1000530437913 ... See MoreSee Less

‎My Side of the Mountain: Sheep Farming and Vertical Integration on Apple Podcasts

‎Show My Side of the Mountain, Ep Sheep Farming and Vertical Integration - Jul 29, 2021
View on Facebook
· Share

Rutland's found itself with some extra cash, but taxpayers will be paying more toward education: mountaintimes.info/city-surplus-helps-to-offset-municipal-tax/ ... See MoreSee Less

Notice anything different about Grace Church? Last week, it had the top of its steeple removed. mountaintimes.info/iconic-grace-church-steeple-up-for-repairs/ ... See MoreSee Less

Iconic Grace Church steeple up for repairs - The Mountain Times