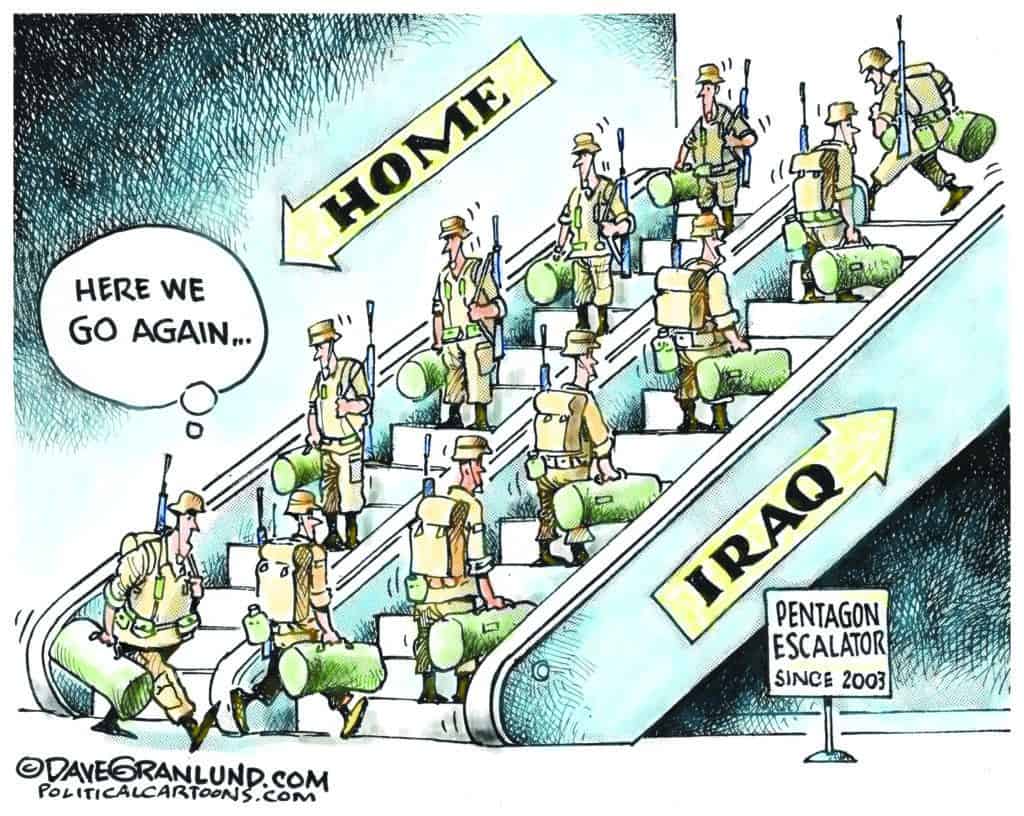 Contrary to Trump’s juvenile tweet in the wake of Iran’s missile attack on two U.S. military bases in Iraq that “all is well… so far,” any realistic assessment of America’s position in the Middle East over the past couple of years would outline how much weaker we are today because of this president’s misguided actions.

In May 2018, Trump pulled out of the Iran nuclear deal, which, typically and without a shred of knowledge, he labeled the “worst deal ever.” Susan Rice, the national security adviser from 2013-2017, recalled in an op-ed piece recently that Trump had “recklessly ignored the advice of his national security team and the opposition of our allies in unilaterally withdrawing from the Iran nuclear deal—despite Iran’s full adherence to its terms and its efficacy in rolling back Iran’s nuclear program. Since then, the Trump Administration has had no coherent strategy to constrain Iran’s program or to counter other aspects of its nefarious behavior.”

In lieu of the Iran nuclear agreement, Trump tried to impose a “maximum pressure campaign” (economic sanctions) to force Iran to craft a “better” deal. He blasted that message in tweets and on Fox News with his usual empty bravado, but rather than forcing Iran to capitulate, writes Rice, “predictably, it induced Tehran to lash out with a series of increasingly bold military provocations against Sunni Arab and Western targets while restarting important aspects of its nuclear program. Iran’s destabilizing activities in the region, notably in Syria, Yemen and Lebanon, have only intensified. At the same time, it has conducted a brutal crackdown on its civilian population. None of the Trump administration’s stated objectives have been met; if anything, the United States’ security and strategic positions in the region have been weakened.”

Nor will Tuesday’s attack by Iran on U.S. interests be Iran’s single response. Only a dope, as they might assume Trump is, would believe this is their final action. Iran is smart enough to signal a strong response from its military (but avoid entering a full-out war) and henceforward let its proxy terrorists launch attacks against Americans without the U.S. being able to convincingly attribute those attacks to Iran. And by condoning an “assassination” of a top military leader –  a violation of international law – Trump opens the floodgates of such actions and greatly diminishes America’s moral leadership in the world. (As he also did, shamefully, by suggesting American forces would attack 52 cultural sites across Iran — a violation of international law that even Trump, in his profound ignorance, had to know.)

This leads to our current status:

After 17 years of war in Iraq, in which Americans have spent a trillion or more dollars establishing bases and trying to bring stability to that country, Iraq’s full congress unanimously demanded our military forces leave. Where once we were allies against Iran and ISIS, we are now no longer welcome. According to Rice, if and when we leave, “the U.S. will suffer a major strategic defeat: Iran will justifiably claim victory, and the gains of the fight against ISIS will be lost as the terrorist group rebuilds.”

There is little hope to rebuild the Iran nuclear deal and Iran is proceeding with efforts to stockpile uranium and build nuclear weapons without any international restraint.

With Trump’s capitulation to Russia and its control over Syria, Russia’s influence in the region has grown tremendously, while American influence has been greatly weakened.

As if to add an exclamation point to Tuesday’s missile attacks, Iran’s President, Rouhani, said Wednesday that “his country would ultimately avenge Suleimani’s death by driving all United States forces out of the Middle East.”

No, Mr. Trump, all is not well with America’s interests in the Middle East. Only those with partisan blindfolds, like lemmings following a leader off a cliff, would believe pronouncements that say otherwise.

Angelo Lynn is the editor and publisher of the Addison County Independent, a sister publication to the Mountain Times.