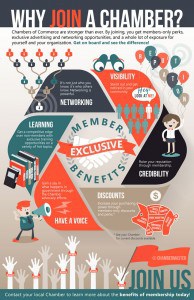 Courtesy of Marji Graf, CEO of the Okemo Valley Regional Chamber of Commerce

Editor’s note: This story by Andrew McKeever first appeared in The Manchester Journal.

MANCHESTER—Following a nearly month-long struggle to keep its doors open while it tried to regain its financial footing, the board of directors of the Manchester and the Mountains Regional Chamber of Commerce decided last Friday to close the chamber and enter a Chapter 7 bankruptcy proceeding.

The chamber’s Visitor Center on Bonnet Street stopped serving travelers and providing information at 5 p.m. Monday, April 11. The rest of the office will remain open until Friday, April 15 to tie up loose ends, according to an announcement released Monday afternoon by the chamber’s board of directors.

The vote to close the 75 year-old organization was unanimous, following much discussion and on the advice of legal counsel, according to the release.

“There is great interest in initiatives to promote the region and support the business community, however no clear path or sustainable financial model has emerged for the Chamber in the immediate future,” officials said. “Without sufficient income under the current model, the Chamber cannot staff a Visitors Center, manage events or provide the other services it has provided in the past.”

However, the Manchester Car Show, which the chamber has organized and managed in recent years, and which is scheduled to be held June 11-12, will go on as scheduled at the Dorr Farm site on the outskirts of town. Don Dorr has offered to take it on and host it, the announcement said. The Concerts on the Green, a series of free outdoor concerts, will also take place as scheduled, on Tuesdays from July 12 through Aug. 14, and will be managed by the Town of Manchester’s parks and recreation department. The concerts will be sponsored by the Bank of Bennington.

The Maple Leaf Half Marathon, which the chamber has helped support since its return in 2007, and which the Vermont chapter of the Make-A-Wish Foundation entered this year as a leading partner, will also have “staff support” made available for the Sept. 10 event, according to the announcement.

“No one feels good about it — it’s hard path to go down,” Gubb said Monday afternoon. The amount of income coming in proved to be insufficient to keep the lights on while the organization restructured, she added.

A Chapter 7 filing means that an organization ceases operations unless continued by a trustee. Such a trustee has not yet be appointed or named, Gubb said.

Under a Chapter 11 bankruptcy proceeding, by comparison, a business is given breathing space to reorganize while its financial condition is resolved, according to the U.S. bankruptcy legal code.

Monday’s announcement of the chamber’s closing said the executive committee of the Chamber will work with attorney Amy Klingler through the dissolution process and to ensure the Chamber’s phone being answered and stewarding of intellectual assets. The Chamber phone line and web site, Visitmanchestervt.com, will remain live. The balance of the Board members have also terminated their volunteer service to the Chamber, the announcement stated.

Klingler, a Manchester attorney whose specialty is bankruptcy law and who has been working with chamber officials over the past month to sort through options, did not immediately return phone messages seeking comment before presstime.

Town officials, meanwhile are hoping to fill the void created by the chamber’s departure, according to a statement released Monday afternoon from Manchester’s Town Hall.

“While we are disappointed to learn about the closure of the Chamber, we hope there is some opportunity for a productive resolution that furthers the needs of the business community and community as a whole,” the town’s statement said.

Town officials had started a process with local business leaders “to help develop a comprehensive economic development plan” that incorporates the the town’s economic development office, marketing program and the joint Northshire Economic Development Strategy study with the Village of Manchester and the Town of Dorset.

The chamber had been under stress since Town Meeting, when it lost a vote in Manchester seeking $25,000 in public funds to put toward a restructuring of the organization into a new entity which was to be known as “The Partnership.” The chamber had been seeking a total of $75,000 from 16 area towns, and was successful in 12 of them, but losing the vote in Manchester—by a narrow 5-vote margin—halted the initiative.

On March 18, the chamber announced it was closing its doors, citing revenue losses from membership declines and losing the ability to offer discounted health insurance plans for its members following the arrival of Vermont Health Connect, the health exchange set up under the Affordable Care Act. That announcement was walked back the following Monday, March 21, when it said it would continue operations and that the earlier announcement was a “short term emergency measure.” The organization hoped to remain open while options were explored.

On March 22, the Manchester Selectboard heard from Klingler and other community members about where the chamber was headed. At that meeting, it was announced that the Visitors Center would remain open while being staffed with volunteers. A large crowd of residents and businesspeople weighed in with advice and comments. That meeting was followed in turn by a community forum at the Equinox Resort held March 29, where more advice and feedback was offered from the roughly 60 people who turned out for the meeting, and heard that the chamber was at a critical juncture.

Hopes that the chamber could work through its financial crunch were, however, soon dashed, leading to Monday’s announcement that the Visitor’s Center, which opened in 2012 and last year assisted more than 14,000 visitors to the town, would close at the end of the business day.

“It’s a challenging time for chambers all over — it’s a sad thing to lose an organization that’s been around for 75 years,” Gubb said.