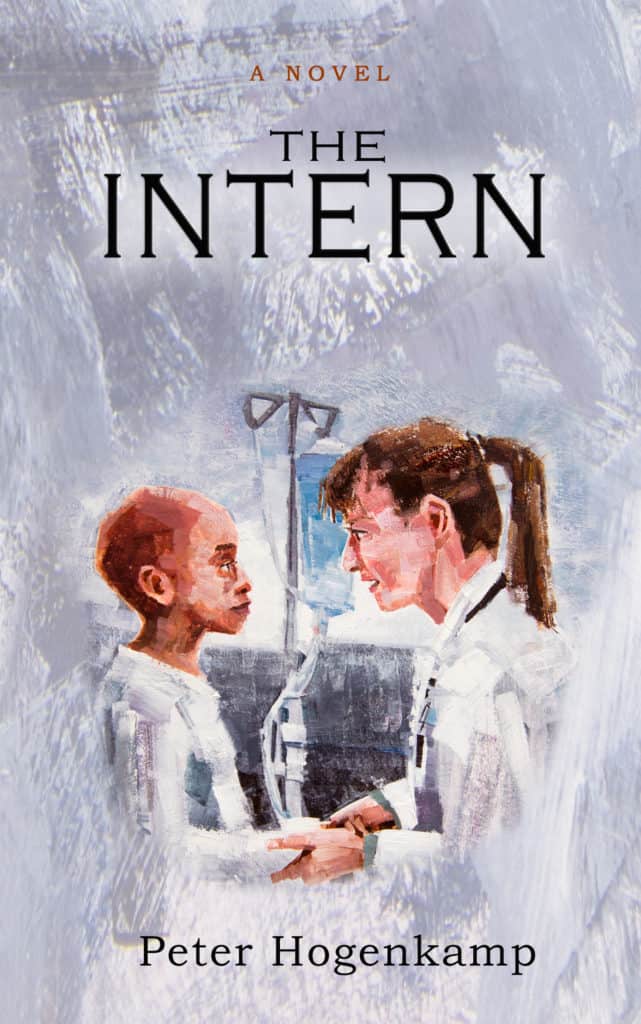 Peter Hogenkamp’s first officially published novel, “The Intern,” hit shelves on Tuesday, April 13, an accomplishment nearly 20 years in the making. The Rutland-based physician actually began the project as a sort of promotional tool for another book he’d written called “Absolution,” on the story-sharing site Wattpadd.

“The idea of writing about an interaction I had had during my pediatric rotation (20 years earlier) had been kicking around in my head, and I figured Wattpad would be a good way of getting it out of my head and onto (virtual) paper,” Hogenkamp said.

“The Intern” tells the story of Maggie Johnson, a 27-year-old fledgling doctor, whose encounter with a terminally ill 12-year-old cancer patient has a profound effect on her life. The characters are based on Hogenkamp’s own experiences, though it is a work of fiction.

“I wrote it serially, one chapter at a time, publishing each chapter as I wrote it. After a few months, the story really took off, and I ended up with almost 60,000 readers. When my agent heard about how popular it was, she had me take it down and revise it for her to sell. But we could never come to an agreement about the story should end, and I parted ways with my agent, wrote it the way I wanted, and sold it to a publisher on my own.”

Though the story takes place in Spanish Harlem, fellow Vermonters will recognize the influence of the Green Mountain State in the story.

“I am a very proud Vermonter, so I always throw in a Vermont reference or two; in this case, Maggie drinks Green Mountain Coffee, just like I do, and her grandparents have a second home on Lake Champlain. There is also a scene from ‘The Intern’ which takes place at a camp in the mountains, which is based on a friend’s camp in Shrewsbury, but I had to use the Catskills as the location because of its proximity to Spanish Harlem,” Hogenkamp said.

The book’s cover art will also be recognizable to many. It was created by Vermont artist Peter Huntoon.

“Except for the fact that ‘Doubt’ exists only as an outline at this point in time –Yikes!” Hogenkamp admitted.

Alongside his medical and writing careers, Hogenkamp is also the creator, producer and host of Your Health Matters, a health information program, which airs on cable television, streams on YouTube and sounds off on podcast. Needless to say, he is a busy guy.

“When I started writing 15 years ago, I woke up every weekday morning at 4:30 a.m. (because I had read that John Grisham started this way) to write my first manuscript. That lasted for almost two years; one day I slept in (to 6:30 a.m.) and that was the end of that,” he said. “Now, I write mostly on weekends and my days off from the office. The podcast and the TV show are more recent happenings, as I have more time these days, with all four of my children either away at school or graduated and (sort-of) on their own.”

“The Intern” is available now wherever books are sold. For more information on Hogenkamp, visit  peterhogenkampbooks.com and his personal blog, phogenkampvt.blogspot.com.