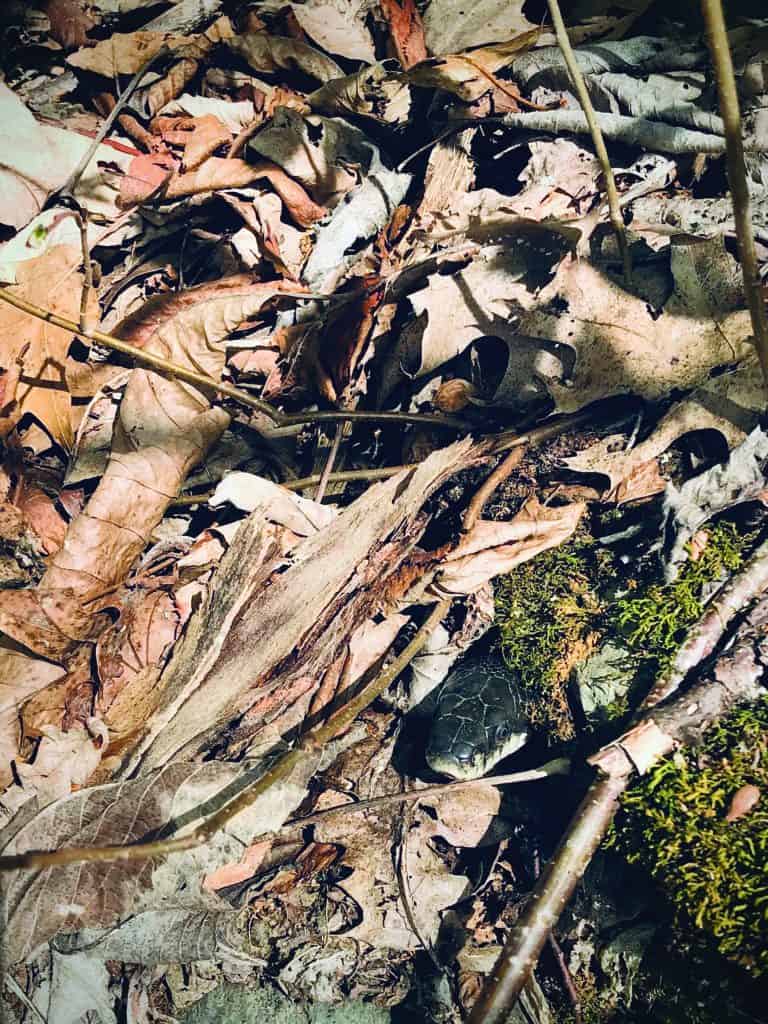 As spring continues to unfurl in our region, biological cues are sending snakes across roadways and hiking trails and into the lawns and backyards of many Vermonters, according to the Vermont Fish & Wildlife Department.

With the onset of longer days and warmer temperatures, many snakes have emerged from their winter dens to bask in the sun, find food and reproduce.  And while a chance encounter with a snake may be frightening to some individuals, snakes provide many essential ecological services and are an integral part of the natural world.  In an effort to keep both snakes and humans safe, Vermont Fish & Wildlife has a few simple tricks to encourage snakes to move away from your living and working spaces.

“Vermont is home to eleven species of snakes with our two most common species, and the ones you’re most likely to encounter, being the Common Gartersnake and Eastern Milksnake.  Both are non-venomous and provide important pest management services.  Common Gartersnakes will reduce your earthworm and slug populations, while Eastern Milksnakes manage your vole, mouse, and rat residents,” said Vermont Fish & Wildlife herpetologist Luke Groff.

“Vermont is home to one venomous snake species, the Timber Rattlesnake. This species is restricted to only a few towns in western Rutland County and is rarely encountered away from its dens.  Be alert and know your snake species before approaching, moving or handling a snake in this region of the state.”

Snakes can be encountered anywhere on your property, but certain areas are more attractive to them than others.  Being cold-blooded, snakes depend on the heat of the sun to maintain their body temperature and will make use of areas that provide both solar exposure and cover from predators, such as rock walls or woodpiles.  Habitat edges between forests and pastures or wetlands and uplands, and other brushy areas, like fence rows, provide cover for snakes and the animals they feed on.

Compost bins and bird feeders may draw in rodents and other small mammals looking for an easy meal, which in turn may attract snakes.  Gardens and leaf piles abound with snails, slugs, earthworms and other invertebrates that some snakes are particularly fond of.

“If you encounter an uninvited snake in your yard,” added Groff, “you can usually encourage it to move along without picking it up.  Your presence alone may cause the snake to scurry, but if not, you can spray it with a squirt bottle or gently guide it away with a garden hose.  Try rustling the leaves or very carefully prod the snake with a broom or a stick to encourage it to leave.”

It is best not to move wildlife unless there is imminent danger.  If you do need to move a snake, be sure to relocate it no further than is necessary.  When picking up a snake, do so slowly, carefully and confidently, using both hands to support its entire body weight, while you move it from harm’s way.

Please report all snake observations to the Vermont Reptile and Amphibian Atlas (vtherpatlas.org/sighting-submission-form/). Of particular interest, are our rare, threatened and endangered snakes, which include the Eastern Ratsnake, Eastern Ribbonsnake, North American Racer, and Timber Rattlesnake.