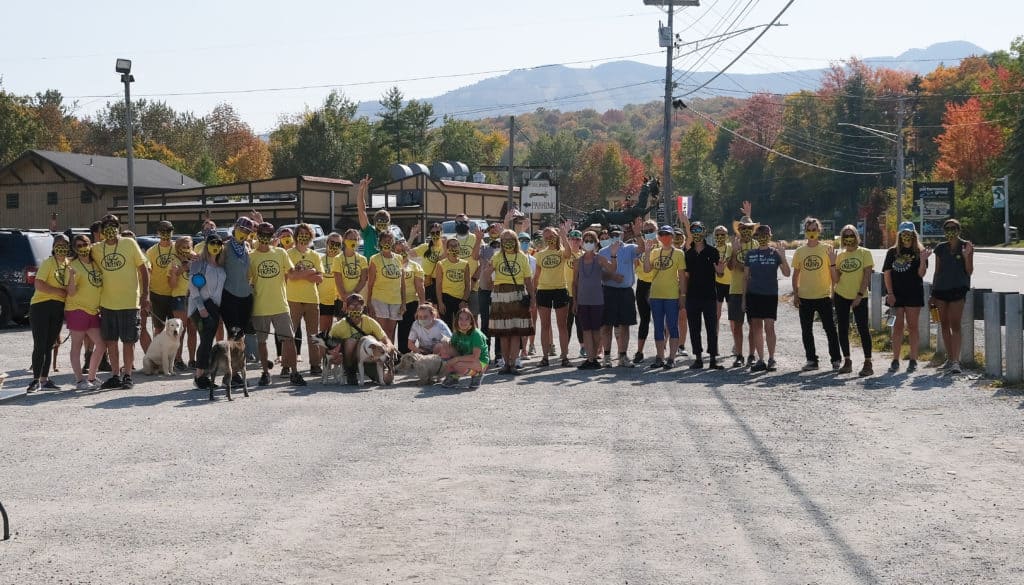 On Saturday, Sept. 26, the American Foundation for Suicide Prevention held its annual Out of the Darkness Walk in Killington. The event raised funds to prevent suicide and to raise awareness.

The local Hi FRiEND team was led by Ann Southworth, walking for her son Robby, who died by suicide, March 1, 2019.

“It was a big group this year, over 40 strong, and our team raised $10,000 for suicide prevention,” Southworth said. “I’m so proud of our team, donors, and leader of the group Jenna Baird. She did a tremendous job coordinating donations and organizing our walkers. I would also like to acknowledge the mask makers, Erin Rhode and Beth Callan. Together they made over 70 masks to give away to the walkers.”

The local Hi FRiEND team (named after one of Robby’s tattoos on his elbow, written with all capital letters but the i) chose to walk Killington Road because this was one of Robby’s favorite places, Southworth said. Robby grew up riding and biking at Killington.

“The day was knock out gorgeous,” she added.

Lots of good news in this week’s paper including

Local Rutland races are highly contested this year. What would you like to know about the candidates to help you decide? #vtpoli ... See MoreSee Less

Civic engagement, service on the rise - The Mountain Times

Lots of good news in this week’s paper including: the mittens that spawned a million memes, @philscottvt delivers Vermont’s budget (and there’s more money than we thought!) a cross between snowboarding and golf @darksidevt, results from the Woodstock flurry, the Rutland mayoral race heats up, and all the things you’ve come to know and love- puzzles, horoscopes, classifieds and so much more. Grab your free copy before they disappear! #localnews #mountaintimesvt #bernie #berniememes #darkpark #skolf #miniskolf #rutland #killington #vermont ... See MoreSee Less

Everything about this makes us happy. ... See MoreSee Less