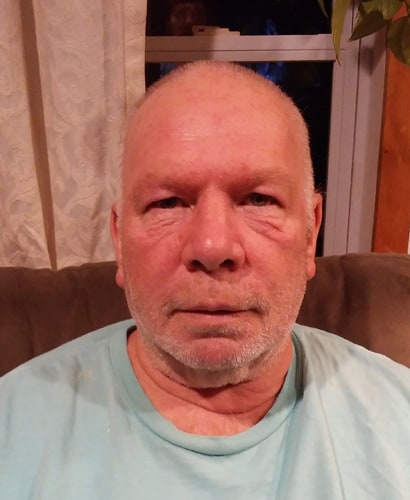 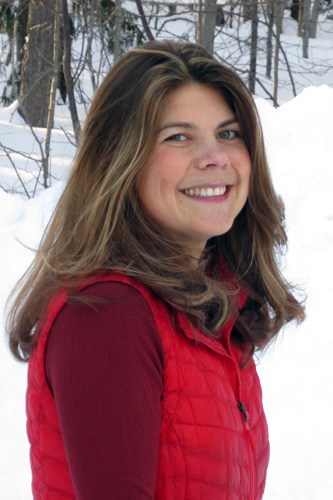 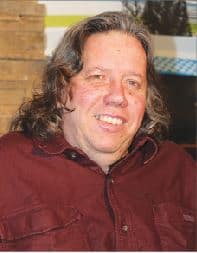 KILLINGTON— On Monday, Feb. 26, about 30 people attended the Select Board candidates’ forum at the Killington Welcome Center hosted by the Killington Pico Area Association (KPAA). After brief opening remarks by the three candidates—Kelly Lange, Jay Hickory and Jim Haff—the format followed a question and answer-style session where each candidate had up to two minutes to answer each of the five questions, provided to them in advance by the KPAA. A few questions were permitted from audience members and residents who had emailed in questions in advance.

Here are the candidates’ replies, in summary:
Kelly Lange opened by saying, “I want to give back to this community, I want to lead.”
She said she thinks the Killington community is going in the right direction, but wants to better leverage the town’s assets and find solutions to problems that best move the town forward.

Jay Hickory said “I love this community, love town, love the people in it.”
He said he would love to serve the residents of Killington in a no-nonsense manner. “I would like to go through the budget again. I think we have some work to do on that,” he added.

Jim Haff gave a brief history of his connection to Killington starting in 1979 when he first came to the resort to ski. He then moved to Killington in 1997, when his first daughter was an infant.

He then explained cutting his teeth in politics when he fought the state for a fair reappraisal of his property in 2008. After winning the case, he then extended it for the entire town, saving taxpayers about $2 million, he said.

“I’m here because I believe in providing the correct numbers to the taxpayers so we can make proper decisions about where we want our town to go,” Haff stated.

Question 1: In your capacity as a Select Board member, what do you believe is your role in helping a) strengthen existing businesses, b) bringing new business to town?

Hickory cited the lack of affordable housing in Killington as an obstacle to attracting the workers that existing businesses need, and new businesses would need to succeed.

“You can’t grow business with no people,” Hickory said.

Lange agreed that housing and employee shortages were problems for businesses and said the town should continue to try and attract more people—more “heads in beds”—for business and community success. She said, “The more we have people coming the more new businesses we’ll also bring in.”

Lange also cited improving and expanding recreation programs to attract people to town, as well as seeking out grants to help with development, adding that she and Golf Pro/Manager Dave Sousy are both connected to Montpelier.

Lange concluded “I don’t own a business, so my bias is only in seeing this town succeed.”

Haff disagreed. He said that he felt the job of the Select Board is to take care of core departments and infrastructure, not bring new business to town or support existing businesses for the businesses sake.

“As far as the town getting involved in “heads in beds” I don’t think we should be involved in that,” he said. Instead tax dollars should be spend on roads, the school, library, public safety, and the recreation department, which he feels should include the golf course.

With regards to affordable housing and employees, Haff suggested improving the bus system from Rutland.

Question 2: What is your view of the Town’s infrastructure at the present time? How will you ensure its upkeep?

“Our infrastructure is the bedrock of this town,” Lange said. Adding that its upkeep supports residents and visitors alike.

“I think we need to look at the funding and plan for the future,” she said. Budget clarity and how its presented could help with that, she added. Putting money aside now for future capital projects must be part of the plan to maintain aging town assets so that our taxes don’t increase when projects such as the library roof or town pool need to be fixed, she said.

“Before we get anything new we have to make sure what we have is sustainable,” Lange concluded.

Haff said he’s always supported the “core infrastructure,” but doesn’t believe we’ve been taking care of it or budgeting properly for known future maintenance of the infrastructure.

“If we were actually planning for our infrastructure we’d have been planning for that pool 50 years ago,” he said of the Killington Pool, for which Article 7 on the ballot this year requests $75,000 for improvements. “We should be planning to replace everything in our town… It’s all aging and we need a plan to rebuild and replace it.”

Hickory said he thinks the town infrastructure is fairly decent for the most part, but some things needs help. He cited the River Road bridge, which “needs money,” and the town pool.

He suggested that we “dig down and take a closer look at the budget,” suggesting that reappropriations need to be make in order to put more money in capital funding.

“Someday we’ll have to raise taxes for these,” he said. “I really hate that. I would rather pay as we go.”

He agreed with Lange and Haff, saying, we need to “keep what we have before we get anything else. ”

Question 3: Regarding town services, as a Select Board member do you see any changes that are needed within these departments? How do you balance the need for town services and an increase in taxes?

He also suggested that the town take over Killington Road from Glazebrook to East Mountain Road. “The resort should build them back up to town spec, then the town should take them over… it’s a disgrace to drive on them.”

Other possibilities include providing a town busing system; “it’s called a municipal bus,” and possibly public water, as that could be a limitation to town growth in the future. “But we’re not there yet, folks, because we have other debt problems to take care of first.”

Hickory said he doesn’t believe the golf pro and manager should be the same person and would like to see the town get rid of food and liquor service at the golf course, by subbing the food and beverage portion out. “We could probably make more money with less issues if we subbed it out,” he said.

Hickory said it’s hard to comment at length about the town departments, given the illegibility of the town budget. “It’s a mess. It’s embarrassing,” he said. “Until we can vote the budget down, dismantle it and start over again to get an accurate budget, I don’t think we can know.”

Lange said she thinks there is a clear link between the Select Board and businesses, through the services the town provides. “Town services provide what’s needed for community residents as well as bringing more people to town. Hopefully more taxpayers,” she said.

Question 4: Green Mountain National Golf Course has been the center of discussion for several years. As a member of the Select Board, what changes, if any, you you like to see?

Adding to his prior comments, Hickory said, “We’re not putting enough money into it. It’s going to be in bad shape.”

“Lots of people look at the golf course as a ‘boat anchor’ but in years to come it’s going to be a huge asset,” he said. “It’s going to help reduce our taxes. Bring people in. We could do more to get more people to use it. It’s not being used as much as it could be.”

“I agree. It’s one of our biggest assets,” Lange said, but suggested that we look at examples of successful town-run golf courses to improve on how the town manages it. Those towns “advertise and market themselves and actually bring people in,” she said.

She amentioned that winter activities on the golf course, such as cross-country skiing and snowshoeing, could be leveraged to bring in money.

Haff said that the golf course continues to borrow more and more money from the town taxpayers and that it has never paid for itself and will never be able to, let alone pay off the debt it has to the town. And “every year the costs go up,” he said.

He also noted that when he was on the board, they did put a golf committee together who outlined a proper capital plan, but “unfortunately that plan has not been followed.”

“We brought in consultants. They did tour. They gave us three or four different options. We opted to go one way but it’s not working, so we need to go back and reassess that choice,” he said.

Question 5: What is your view of the town/resort relationship at the present time? What is your hope for the future?

Lange said she thinks the partnerships between the town, resort, and KPAA are very strong and going well. She cited the World Cup and summer activities, including the mountain bike trails as examples of successful partnerships.

Haff said he’s “always thought we need to work with the resort… But ultimately I think focus on core… I don’t believe we should be funding the World Cup,” he said. “I don’t think we should be doing that for any individual business.”

Hickory agreed, saying that he thinks the relationship is “as strong as it’s ever been.” He also agreed with Haff. “I agree with Jim, we should not be dumping $100K into the ski thing.”

See mountaintimes.info for Q&A from audience members. Topics include easing tax burdens, funding capital, making cuts, investing in the new public safety building, getting the budget back in shape, and defending personal management style with regards to its benefit to the town.