Saturday, May 5, 7 p.m.—SOUTH POMFRET—ArtisTree and Woolen Mill Comedy Club are excited to present “Just Blame Collen,” an evening of stand-up comedy with Collen Doyle and Friends on Saturday, May 5. This one night only show will take place at the newly renovated Grange Theater at ArtisTree in South Pomfret. The evening will start with cocktails and live music at 7 p.m. followed by the show at 8 p.m.

Doyle’s career as a comedian and actor spans over a decade. He has worked extensively both in front of the camera and behind the scenes. An accomplished comedian in the New York City circuit, Doyle has opened for comedians Jim Gaffigan and Judah Friedlander. His comedic style and impressions have been featured on “Fox and Friends” and “Good Morning America” as well as national commercials for Verizon Wireless and Fed EX. He has been in numerous films and plays. A resident of Vermont, he is the founder of the Woolen Mill Comedy Club in Bridgewater where 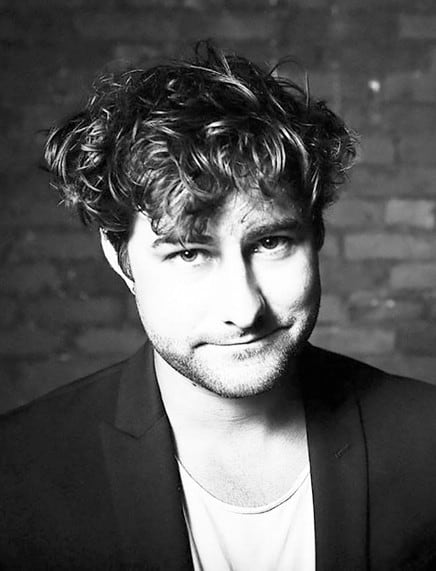 he can be seen performing regularly as well as in clubs in NYC and across the country.

Q & A with Collen Doyle:

How did you get your start in acting and comedy?
I started to perform stand-up comedy and act while in high school. I was 13 the first time I did stand-up comedy and I was a member of the YOH theater players. At 18, I moved to New York City to study acting at The American Academy of Dramatic Arts; graduating with a degree in 2008 and invited to be a member of the 2009 New York Academy Company. I was able to get representation after my residency with the New York Company and started auditioning and acting in the city. Stand-up comedy was always on the agenda.

What can the audience expect from the show?
It’s always my goal to provide the audience with a fun and highly entertaining night in the theater. I consider my comedic style homage to some of the old silent film and vaudevillean actors. I enjoy doing impressions, being silly and with the opportunity to perform in the Grange Hall Theater open up my physicality a bit so that I’m larger than audiences are used to seeing me.

Where did the name for the show come from?
“Just Blame Collen” is an ongoing joke I have with my family and closest friends.
When something goes wrong I like to defuse the situation by saying, “Just blame Collen.” It seemed fitting to name the show that.

What are you most excited about?
The Grange Theater is a wonderful space for comedy. It’s a large theater but not so big that you lose intimacy with the audience. That can happen sometimes on a proscenium stage. The show will be filmed, edited and distributed, so I’m looking forward to that.