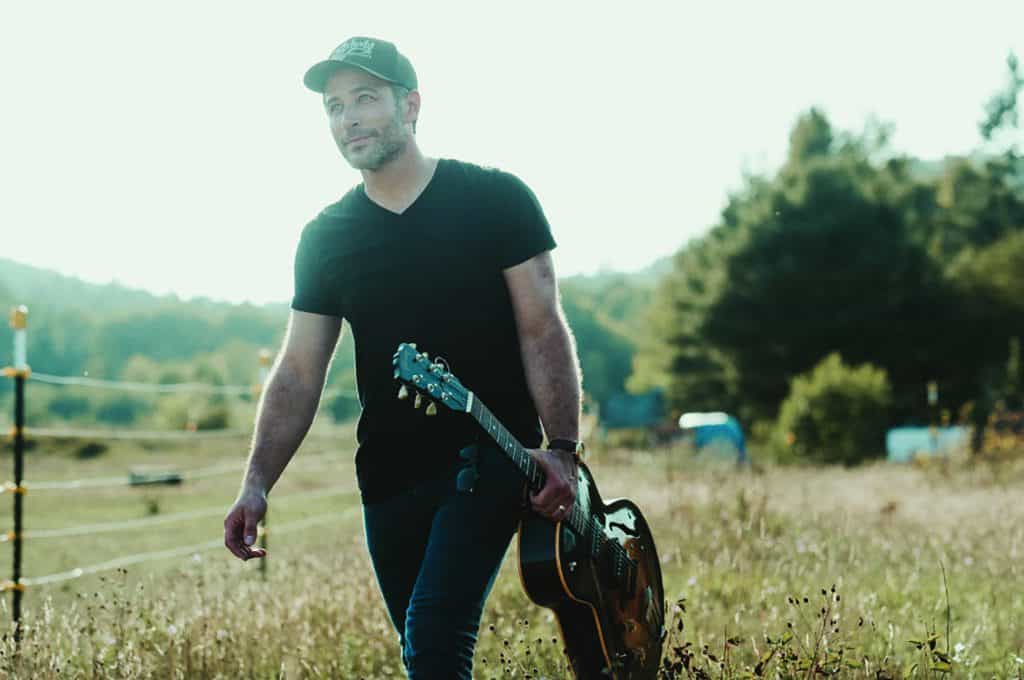 Friday, Nov. 15, at 7:30 p.m.—RANDOLPH—When Joshua Davis performed on NBC’s “The Voice,” America at-large finally discovered what Michiganders have known for more than two decades. This amazing artist connects with a live audience, nourishes their souls and feeds off of their love. Seeing him live has always revealed his core which has been captured on his latest recording “Live At The Robin.” His first live solo acoustic release, recorded in the intimate environment of The Robin Theatre in Lansing, Michigan, was well suited for catching him in his element.

Joshua Davis remains a quintessentially Michigan songwriter, drawing his inspiration from the rough-and-tumble streets of Motown to the arboreal Upper Peninsula.

“Live at the Robin” captures that essence in a way that pares his songs down to their emotional, musical and lyrical roots with scattered stories revealing the origins of some of these songs that we know and love. Recorded over the span of two nights, this documents a raw and revealing glimpse of an artist who has his finger on the pulse of a culture, a culture that lives, loves and laughs, cries, mourns and heals. Davis’ authenticity plucks all of the right heartstrings, soars on the updrafts and plumbs the depths of the human experience. This is a deep and warm conversation with a room full of old friends.

“I’ve wanted to make this album for years,” said Davis. “And I’m so excited to share it. I love playing solo shows. It allows me the freedom to dig deep into my songs and really be in the moment with the audience.”

Live at the Robin is available on all major streaming services and Joshua is touring the East Coast November 2019.

Entry for the Live & Upstairs series is by donation. Chandler Center for the Arts is located at 71 North Main St. in Randolph. For more information visit chandler-arts.org.

On this International Women's Day, take time to say thanks to the wonderful females in your life. And make a plan to check out the "Vermont Birthing Experience" documentary featuring just one the ways women make the world a better place. ... See MoreSee Less

The United States has the highest maternal mortality out of developed countries. The rate is three to four times higher for women of color. With there being a high rate of interventions and unnecessar...
View on Facebook
· Share