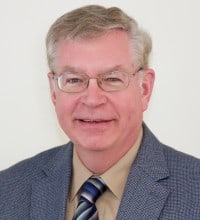 The key issues of the 2018 legislative session are now becoming evident. The Senate approved a minimum wage hike to $15 last week, while at the same time, downplaying a proposal for a new paid family leave bill

passed by the House last May. Will there be a standoff between Speaker Johnson and Senate Leader Ashe? Or will both bills pass in the end and potentially face vetoes from Governor Scott? A lot can happen in two months.

Last week also saw another horrific gun shooting at a school in south Florida and, closer to home, an arrest for an alleged plot for a shooting at Fair Haven Union High School. It was the latter incident that caused the governor, a staunch Second Amendment supporter, to indicate that everything needed to be open for discussion on how to best protect our students, even our gun laws. The Fair Haven incident this past week, which was fortunately averted, could very well change the conversation in Montpelier.

Education funding
Meanwhile the House Ways & Means Committee is busy with a proposal to make significant changes to the way the state funds education. A public hearing was scheduled for Feb. 21 at the State House. With an estimated 70 percent of residents currently receiving income sensitivity on their education property taxes, many argue that voters do not directly feel the impact of their spending decisions at the local level. In total, only 26 percent of the education revenue is now raised by the residential property tax. The balance comes from non-residential property taxes, a portion of the sales tax and General Fund transfers.

The new plan would remove income sensitivity, lower the statewide education property tax, add a new education income tax, devote sales tax revenue to the Education Fund and change the statewide yield formula.
The Scott administration has expressed an openness to changing the funding formula, but, has also signaled that it needs cost controls on total education spending before it will support a new plan. Finance Commissioner Adam Greshin indicated that reducing special education spending alone is unlikely to suffice, and that a state employee health care plan should be part of the package. Key lawmakers have responded that the changes in funding will provide enough incentives to voters to reduce local budgets.

Meanwhile, overall school budgets are proposed to increase at a smaller rate than originally projected, which should mean a smaller increase in the statewide property tax under the current financing plan.
The funding proposal is still a work in progress. I hope to have more information at the upcoming town meetings in the district and will value your feedback.

Rural broadband
The House gave preliminary approval last Friday to legislation to increase funding for broadband coverage in rural areas of the state. The legislation, H.582, would add a temporary surcharge of 0.5 percent on retail telecommunication service and generate approximately $1.5 million annually.

Voter checklists
In what might be considered a second or third tier issue, the House approved H.614 late last week. The legislation prohibits sharing the statewide voter checklist with the federal government for purposes of comparing a voter’s information maintained in the checklist to personally identifying information contained in other federal or state databases. The bill was proposed in reaction to the Trump administration’s Election Integrity Commission last year, which had requested the checklist from every state. While Vermont law at the time did not prohibit sharing the checklist, the Secretary of State never submitted it to the commission. The special committee has since been disbanded.

While I agree with many that the president’s election commission may have been initiated to serve a sometimes inflated ego on who received the most votes, I opposed H.614 because there is something fundamentally wrong with the approach it took. As amended, the bill allows open access to wikileaks, foreign political parties, every other state and most everyone else in the world, but not our own government. I have trouble justifying the disparities in this legislation.

I hope to see many of you at the Town Meeting sessions in March.

Gun safety
The arrest of the Poultney teenager who was allegedly planning a mass school shooting at the Fair Haven high school should be a game changer in Vermont. We can no longer justify inaction on enacting common sense firearm safety measures. Yes, Vermont is a safe state, but we now know that school shootings can happen here.

We’ve known for a long time that firearm violence is major contributor to Vermont’s domestic violence and suicides. Over 50 percent of Vermont homicides are related to domestic violence and of those, over 50 percent are committed with a firearm. Who knows how many domestic partners live in fear of threats of firearm violence? And we have one of the highest rates of teenage suicide by firearm.

This year the Vermont Senate Judiciary Committee is considering three bills which could help reduce firearm violence: S.6 is the Universal Background Check bill, H.422 aims to reduce domestic violence homicides by giving law enforcement the ability to temporarily remove firearms from the scene for five days, and S. 221 aims to restrict firearm possession by people who pose an extreme threat to themselves or their community. As a long time advocate and sponsor of firearm safety legislation and a sponsor of S.6, I support measures which keep firearms out of the hands of those who have committed violent crimes, domestic violence abusers and those with a serious mental illness.

For many years constituents have asked me to help reduce the likelihood that a person will commit violence with a gun. While I support the Second Amendment and value Vermont’s hunting traditions, I think it is time the Vermont Legislature acts on common sense firearm safety. According to a VPR/Castleton 2016 poll 89 percent of Vermonters support background checks and 82 percent of Vermont gun owners do too, according to a Castleton 2013 poll. We need to make Vermont as safe as possible – for its children, its women and its families.

$15 minimum wage
This past week, the Senate passed an increase in the minimum wage to $15/hour over six years. We chose to leave the tipped wage at 50 percent of the minimum wage. And we chose to increase the child care subsidy to hold harmless those families impacted negatively by the increase to their wages. Two major obstacles to continued economic growth in Vermont are weak consumer demand and growing income inequality – and it is my hope that by raising the minimum wage we will reduce stress on Vermont’s working families and they can earn enough to live sustainably.

Growing income inequality in Vermont is a major challenge. Low wage workers have seen only stagnant wage growth – their wages have increased by 10 percent since 1979. In contrast, high wage workers have seen their wages increase over 49 percent in the same time period. Vermont’s minimum wage is still considerably lower than our livable wage – our basic needs wage. In enacting the minimum wage, President Roosevelt meant that it would be the minimum amount people needed to live on.

Windsor County has the second highest housing cost in Vermont. On average, you’d have to earn $20.33 an hour (our current minimum wage is $10.50 an hour) to afford a two bedroom apartment in Windsor County.

To help Vermonters earn a sustainable wage, to undo decades of damage to low income workers and to help alleviate the burden public assistance places on our state budget and resources, I voted to support increasing the minimum wage to $15 an hour by 2024. We heard the challenge businesses face, and chose a six year path instead of four year one. It is estimated that over 65,500 jobs will be positively impacted and over 2,225 jobs negatively impacted. Vermont will see income gains of $173 million and will see additional state revenues of $20 million. Increasing wages is one of the most effective ways to give people a “hand up” and improve the quality of life for Vermonters and Vermont families.

I appreciate hearing from you. I can be reached by email: [email protected] or by phone at the Statehouse (Tuesday-Friday) 828-2228 or at home (Saturday-Monday) 457-4627. For more information on the Vermont Legislature, and the bills which have been proposed and passed, visit the legislative website: legislature.vermont.gov.