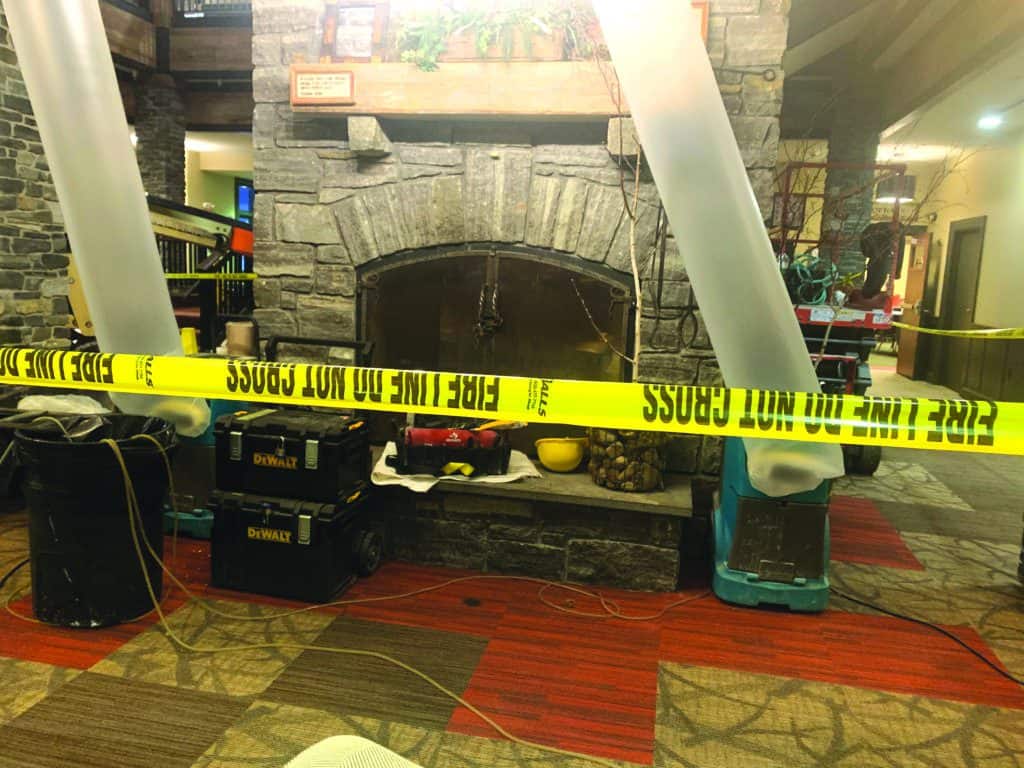 About 180 guests were evacuated from their hotel rooms due to a chimney fire at Killington Grand Resort Hotel around 3:55 a.m. Saturday, Jan. 25.

Killington Resort Marketing Manager David Young said a snowmaker on duty saw smoke coming from the chimney and called the front desk. Front desk staff then called 911, and the fire alarms were activated.

The cause of the fire is still under investigation, Young said, but he said it appeared guests had overloaded logs in a fireplace in the lobby outside of Preston’s restaurant.

“The fire was much larger than intended to be,” Young said. 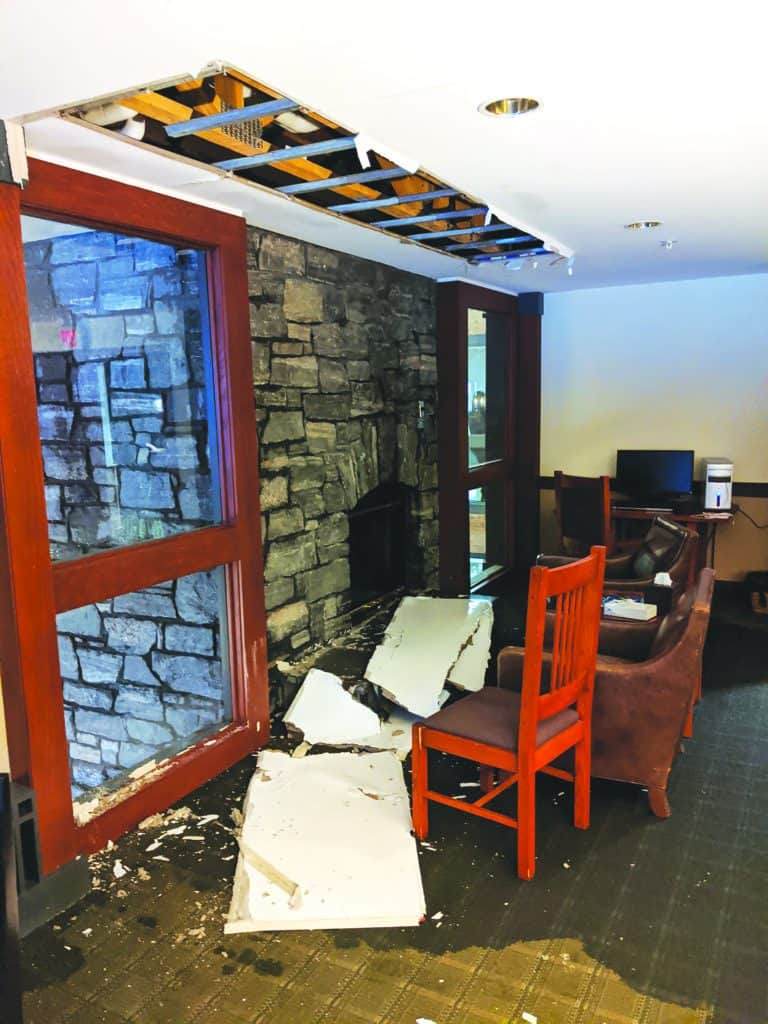 Guests were shuttled to Snowshed Lodge and served breakfast until they were able to re-enter the lodge about three hours later.

“We’re glad no one was hurt and sincerely appreciate the guest’s cooperation this morning,” Killington Resort President Mike Solimano said in a Facebook post.

Solimano added that the chimneys are cleaned professionally twice a winter.

“The fire marshal inspected the chimney the morning after the fire and stated it was very clean,” Solimano said.

The fireplace is the only woodburning fireplace in the hotel. Some guest rooms have gas fireplaces.

Young said there’s some water damage on the floor, close to where the fireplace is.  A portion of the lobby of the Grand Hotel is also blocked off with a rope. The owner’s lounge and Penthouse 332, a private residence, was also damaged.  It’s unclear what the cost of the damage is.

Guests who were evacuated were given an extra night’s stay at the hotel. 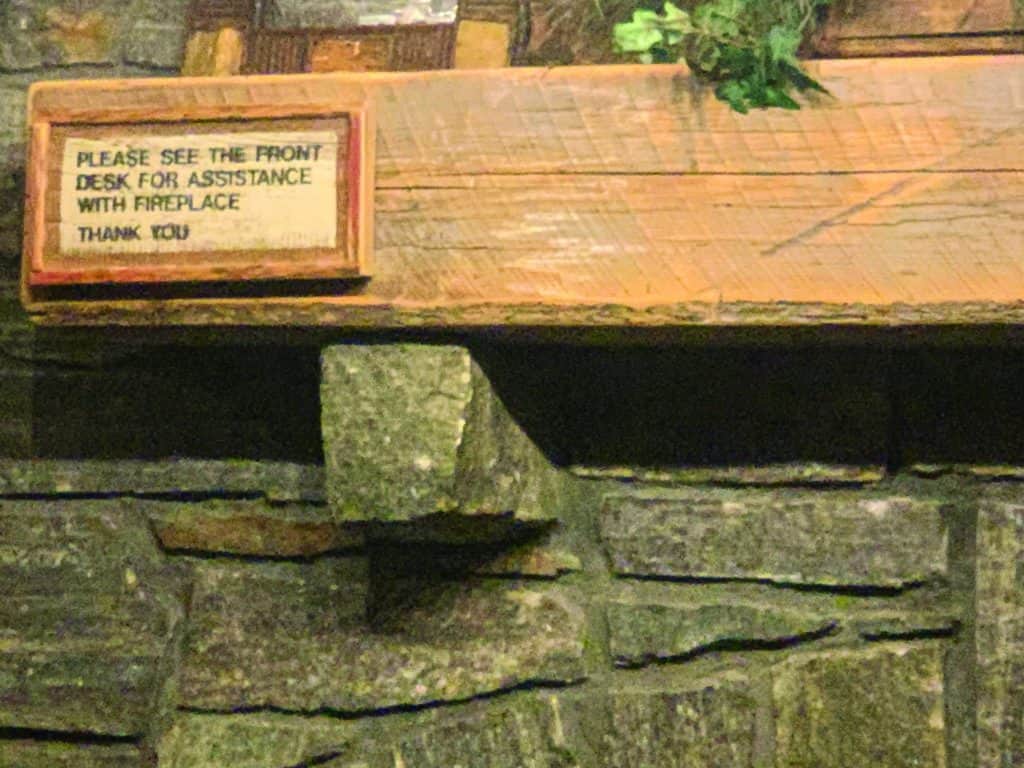