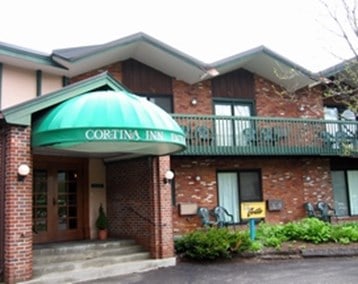 A new residential care facility is coming to Mendon next month.

Bhakta Care, LLC is opening Vista Senior Living at the former Cortina Inn with a total of 67 units.

Manish Saxena, who is overseeing construction, said the owner, Ravi Bhakta, had thought of repurposing the inn for the past 4-5 years.

“He rode around and got feedback and saw senior living communities in the area,” said Saxena.

Saxensaid Bhakta died earlier this year. His wife Sudha and brother have since taken the project over.

The 96-room Cortina Inn closed in April 2018 after struggling to break even. The Bhaktas have since invested about $6.5 million to make the inn handicap accessible and to install a new water storage reservoir, among other improvements.

The Bhaktas, who live in Florida, bought the Cortina for $1.2 million in 2009 after the former owners were forced to close after the inn tested positive for Legionella, a bacteria that causes Legionnaires’ Disease. The Bhaktas reopened the inn, which dates back to 1968, soon after completing extensive work that involved installing new well pumps and new boilers.

The Bhaktas have converted several struggling inns to assisted living facilities in other states, including Massachusetts, Florida and Colorado.

The former Cortina Inn will have a total of 29 units for memory care, 22 units for assisted living and 16 rooms for independent living.

Saxena said there’s been interest in the building but the owners aren’t taking applications until they get permits from the state. An official opening date has yet to be announced. Saxena said the owners are still assessing staffing needs and protocols that will need to be in place due to the pandemic.

“Everyone has memories in [the building,]” Saxena said. “Why not give Mendon and the Rutland area a senior living community?”