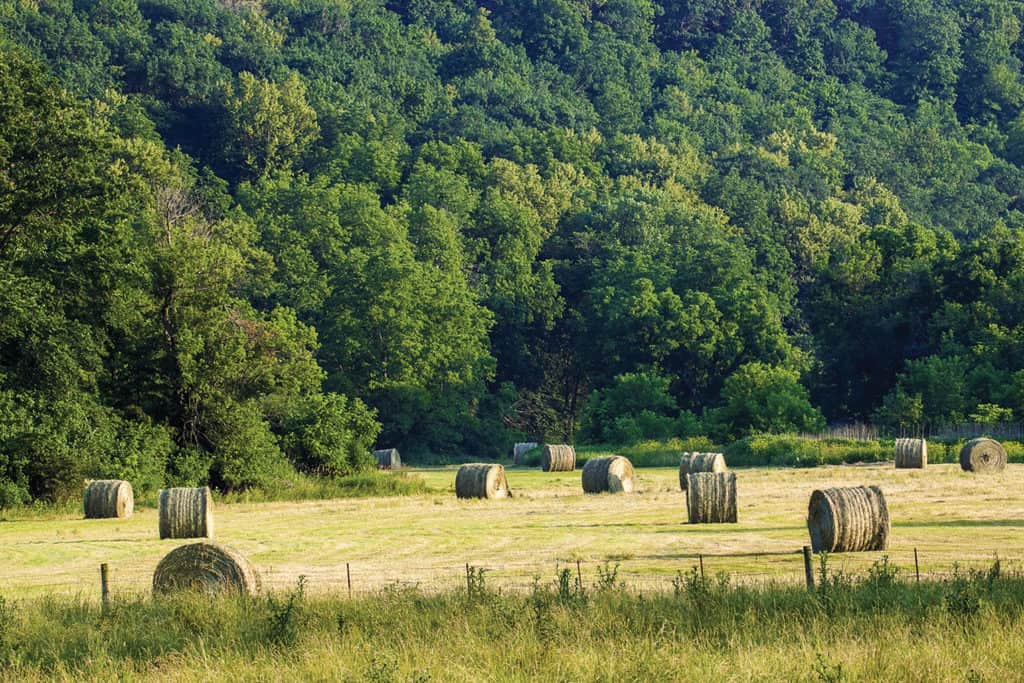 The U.S. Department of Agriculture’s Farm Service Agency wants to hear from local farmers who have suffered crop losses because of this spring and summer’s dry weather.

“Despite recent rains, drought has impacted many farms across Vermont and New England this summer,” said Scott Waterman, spokesperson for the Vermont Agency of Agriculture, Food & Markets, in an Aug. 24 press release. “The National Oceanic and Atmospheric Administration continues to sound the alarm about drought conditions across our region, especially from southern Chittenden County south through Addison, Rutland and Bennington counties, with the outlook for future precipitation unclear.”

Crop losses of 30% or more could help establish a basis for disaster relief being made available to Vermont farms, Waterman said.

As of last week, the eastern half of the state was suffering from a “mild drought,” while the western half, including the Champlain Valley, is “abnormally dry,” according to drought.gov.

Between May and July, Burlington got barely half the rain it normally does, according to state meteorological data. In the first seven months of the year, rainfall at Burlington International Airport was almost 8 inches less than average.

A lot of area farmers have been affected by the drought, said Brian Kemp, who raises 700 to 800 head of cattle on Mountain Meadows Farm in Sudbury/Orwell. Farms in the southern and eastern parts of Addison County, including Shoreham, Orwell and Bridport, as well as farms in Rutland County, have lost tons of feed.

Kemp usually cuts about one acre of hay per load — about seven tons, he said. But first cut this year was light, only about two-thirds of a load per acre.

“After the first cut it was so dry,” he said. “People applied manure — we did, too, from our lagoon — to try to boost the second cut, but there was no rain. The grasses didn’t grow. The second cut took a real hit.”

It took Kemp 10 acres to gather one load on second cut.

Mountain Meadows was doing its third cut last week. The yield was better than the second cut, but it was still below normal.

Last year Kemp was actually able to sell some of his surplus feed — to operations as far away as Irasburg and East Montpelier. Not this year.

“Already people have come to me looking to buy, but I’m not making any commitments yet,” he said. “Maybe if I get a good fourth cut.”

People may end up having to buy grain this year, which would be very costly, Kemp said.

“It will be a struggle, with so many farmers needing to purchase feed. With supply and demand the cost will go up.”

“Some fields were a total failure,” Kemp said. “The crops went in in a timely fashion but after they were planted it stayed dry. It struggled to germinate without any moisture.”

Vermont Deputy Secretary of Agriculture Alyson Eastman has been driving around the Champlain Valley, and she said it isn’t looking too good.

Orwell, where Eastman resides, has been especially hard hit, she said. Acres of no-till corn failed to germinate for lack of rain. By mid-July what corn there was barely reached 6inches high.

One farmer told Eastman he replanted sorghum and other crops in his failed cornfields, “just to get something rather than nothing.”

Another Orwell farmer told Eastman he had to buy $10,000 of hay because his pastures were not regenerating, she said.

In Shoreham, Champlain Valley Orchards felt the effects of the dry weather as well.

“Certified organic currants and summer raspberries are very light picking,” wrote Bill Suhr in the orchard’s July 24 newsletter. “The end of summer berry season is very near — the heat and drought definitely closed things down quickly.”

Three weeks later, Suhr announced that peaches would be smaller this year because of the drought, “but so flavorful!”

State and federal officials are collecting and tabulating drought and crop data and would like to hear from as many county farmers as possible.

Farmers already keep track of their crop tonnage for their feed management plans, Kemp explained, so gathering and submitting the data should be relatively straightforward.

Many farmers also buy supplemental corn insurance, and Kemp expects a lot of farmers will be filing corn claims this year.

“They come out and inspect tonnage and ear development and determine the loss,” he explained. “Sometimes you’ll see strips of corn left in fields after harvest — four to six rows per field — this is for the insurance adjustors to inspect, because sometimes they can’t get to all the fields before harvest.”

August did bring some relief, especially after the remnants of Hurricane Isaias came through, dropping about 2.5 inches of rain in Burlington.

It was better than nothing as far as grasses and alfalfa were concerned, Kemp said, but for corn in most cases, it was too little too late.