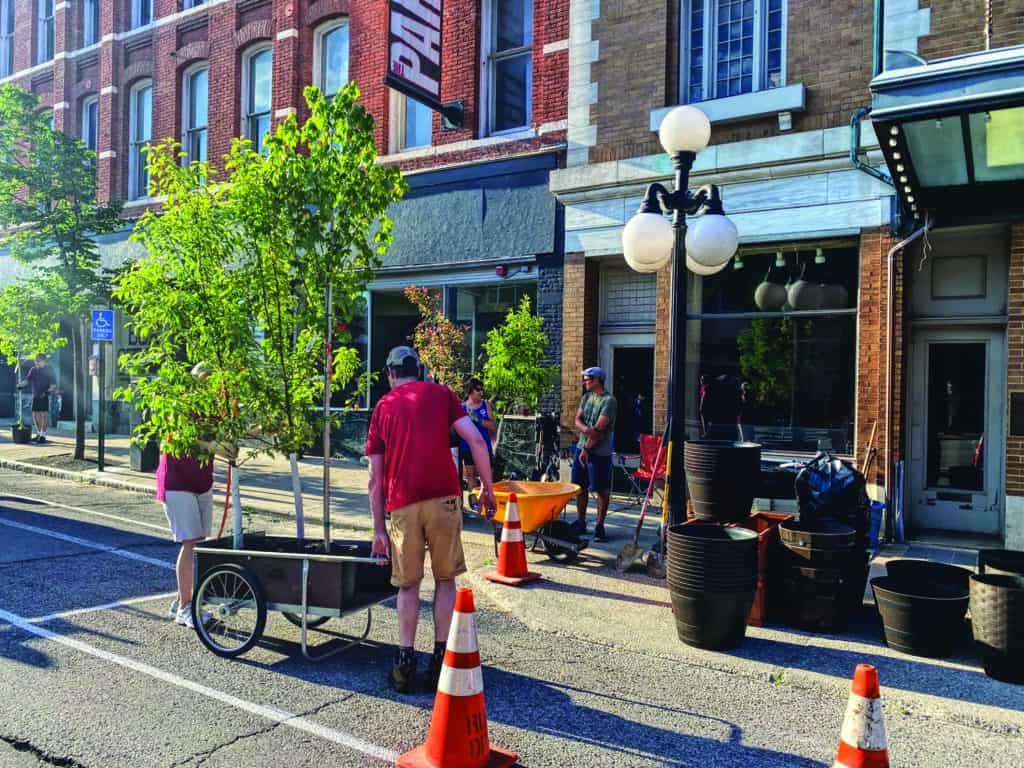 Narrowing of road will make it pedestrian-friendly, create parklets for outdoor dining

Center Street in Rutland is getting a facelift this summer.

The Board of Aldermen unanimously approved a $20,000 plan Monday, June 15, to narrow Center Street and create more space for outdoor dining. The plan calls for reducing the speed limit to 15 mph and extending the curb to create parklets for bikes and seating. Parking will be reduced while flower pots and trees will be added to enhance the aesthetics.

The Aldermen approved $18,000 in funds to reconfigure Center Street over a two-month period this summer with an additional $2,000 to beautify other streets as needed.

“We wanted to make sure we were inclusive for everybody,” said Board of Aldermen member Lisa Ryan, who is the chair of the community and economic development committee.

Ryan said the advent of Covid-19 and the toll it’s taken on local businesses has pushed the board to make Center Street more business-friendly now.

“We want [business owners] to thrive and be around for a lot of years,” said Ryan in a phone interview.

All restaurants in the state were impacted when  forced to close on March 17. Some restaurants opened for outdoor dining on May 22 while indoor dining resumed June 8. Capacity had been limited to 25%, but Scott announced Friday, June 19, that that would increase to the lesser of 50% capacity or 75 inside, 150 outside starting June 26.

There are at least a half-dozen restaurants on Center Street. 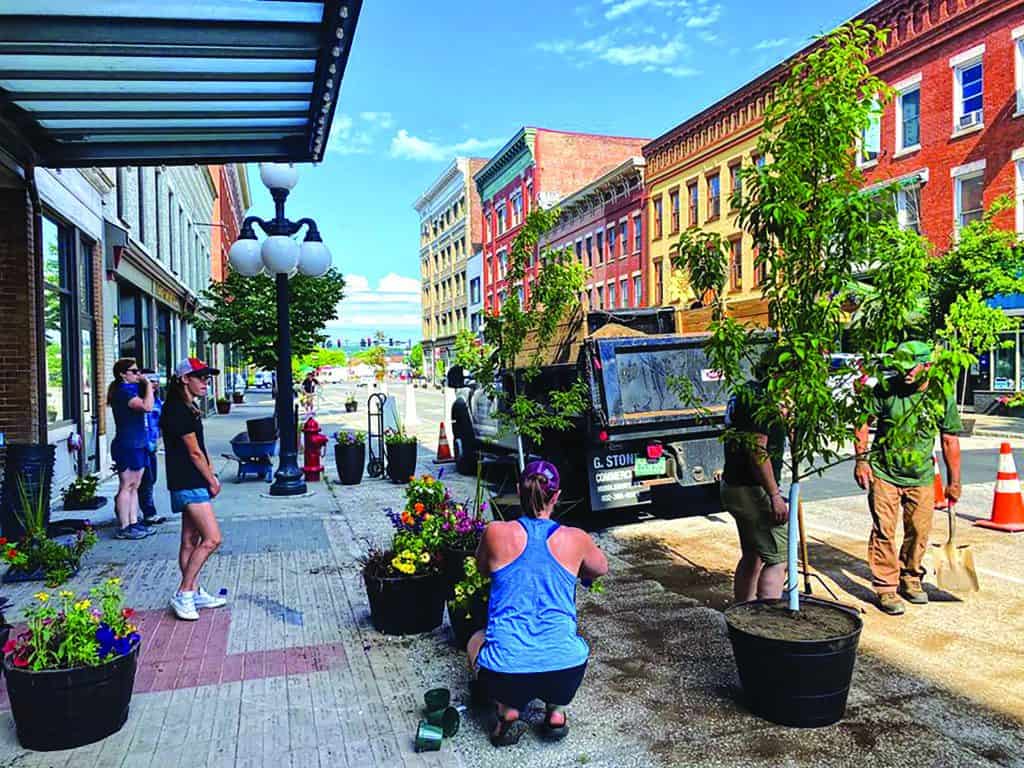 “We’re all for it here,” Yellow Deli Manager Barkai Serraz said of the Center Street changes. “We think it’s a great idea. We want to put some tables out there.”

Ryan said all structures that will be put in place are removable. The summer plan is being called a “pilot program.” If the summer is successful, the Aldermen have discussed permanently changing Center Street, which could cost $1 million.

“There is a lot of interest,” said Community and Economic Development Committee vice chair Sharon Davis.

Lines were painted on Center Street over this past weekend. The project is expected to be complete by July 4.

“It will give businesses the boost they need,” said Davis.

While summer events that attract tourists to downtown Rutland have been canceled, Davis and others were hoping Center Street could become a destination.

“It would be a nice venue for the summer for folks to eventually be able to travel to the area,” Davis said. 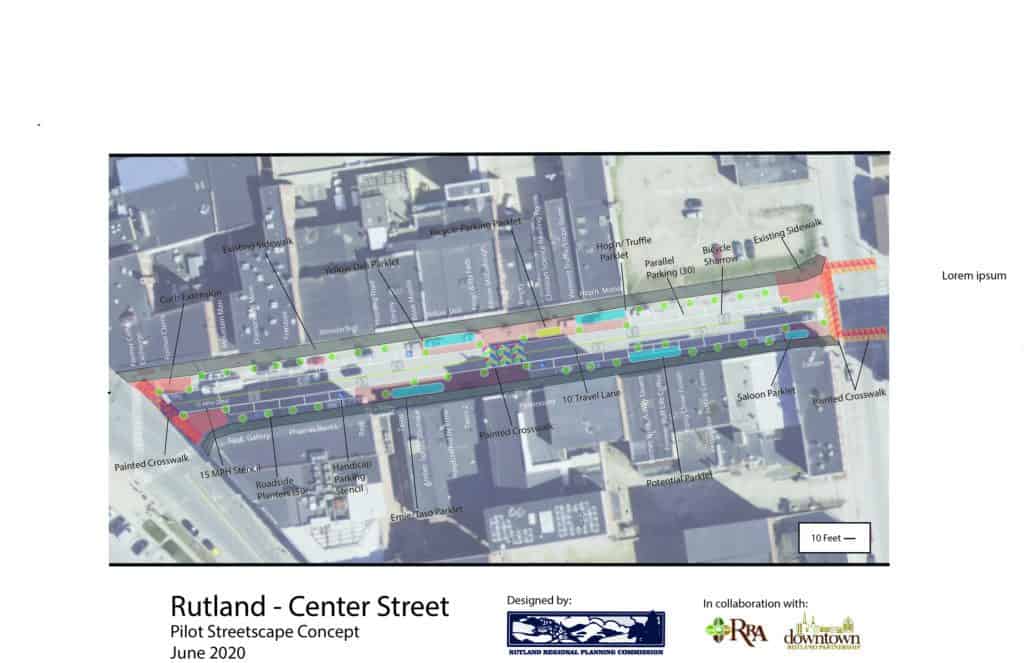