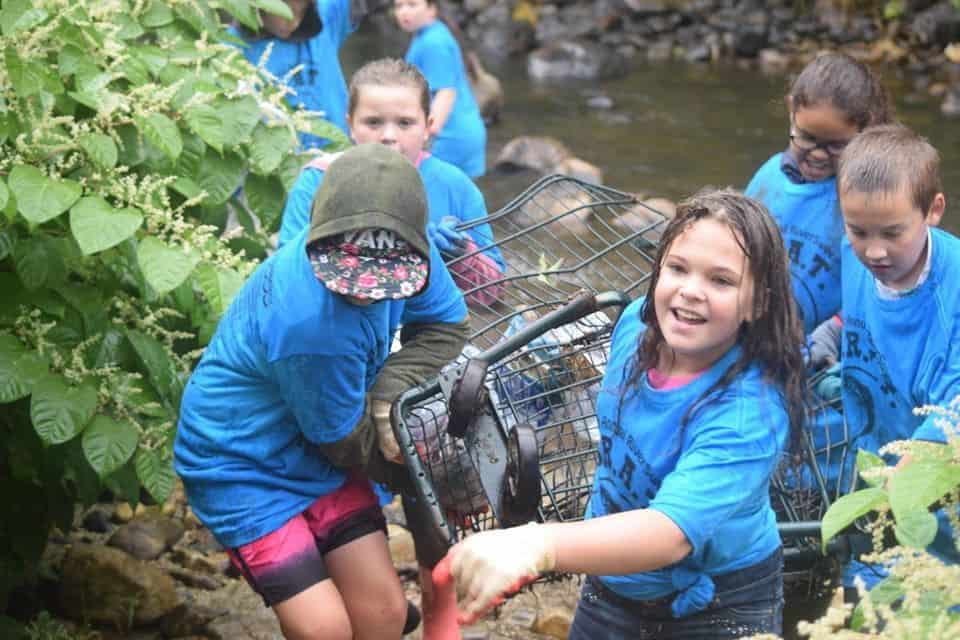 When she was younger, Kelly Stettner never thought she would be an environmental activist.

“My husband and I were walking along the river, and we saw all this trash piled up along the banks,” she said in a 2014 interview. “I said, ‘Can’t somebody do something about this?’ and my husband said, ‘You’re somebody’.”

“Busted!” she added with a laugh. That’s how “the Black River Action Team was born.”

“If you’d asked me in 2000 if I thought that first cleanup would’ve ever led to anything this big, the answer would’ve been a resounding ‘No’,” Stettner wrote in a recent email. “I thought I was organizing a one-time cleanup of about 100 feet of riverbank. My excitement and passion for this group and my cornucopia of projects just keeps growing, though, so my vision for the future is stronger every year.”

BRAT most certainly has grown. Besides cleaning the river, BRAT monitors its health (as well as that of the river’s plants and wildlife, including insects), holds outreach seminars on a broad range of environmental topics, hosts educational events for children, gives presentations about environmental responsibility at fairs and festivals, and much more.

Asked how the river has changed in the last 20 years, Stettner wrote, “I believe it’s people’s awareness of it, honestly. I like to think BRAT has played a part in helping raise that awareness, by organizing events that provide an opportunity for people of all ages and walks of life to get immersed in it.”

Stettner has tried to use the coronavirus pandemic as an opportunity to raise further awareness. For example, rather than cancel an event, Stettner found a way to save it, despite the virus.

“Since March, when lockdowns and isolation began to become more a part of our lives, I’ve been emphasizing even more connection with the Black River,” she wrote. “I’d been planning a one-day nature festival which understandably had to be cancelled. Instead of just scrapping it, I reimagined it into a summer-long dragonfly safari, which has broadened to include both Windsor and Windham counties and most of southwestern New Hampshire. It’s designed for small-scale exploration by individuals or small groups, can be adapted to school classes and homeschool families, and can continue indefinitely, collecting data from citizen scientists of all stripes.”

And for the future?

“What I think amazes me the most is the breadth and scope of the work I now do,” she wrote, “and have planned for the next 5-10 years! Many of the projects tie in with each other, dove-tailing nicely and connecting on various levels, much like the river itself does. I see annual paddle trips, more videos on local-access television, regular fundraising drives, and less trash and dumping in and near the river. A personal goal of mine is to finish the book I’ve been working on, recounting many of the lessons I’ve learned (and am still learning) from the past two decades.”