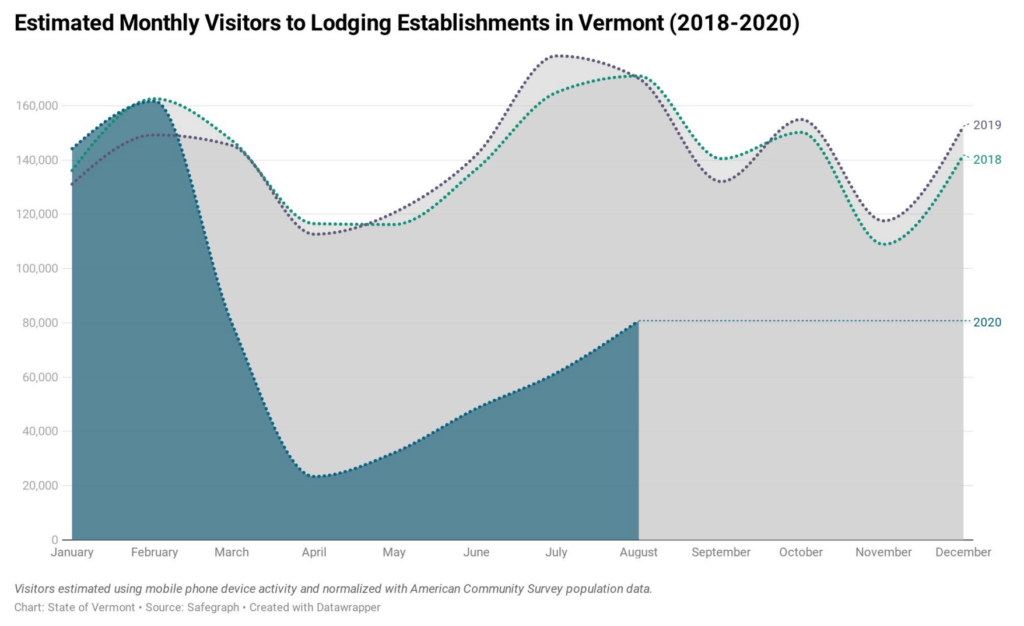 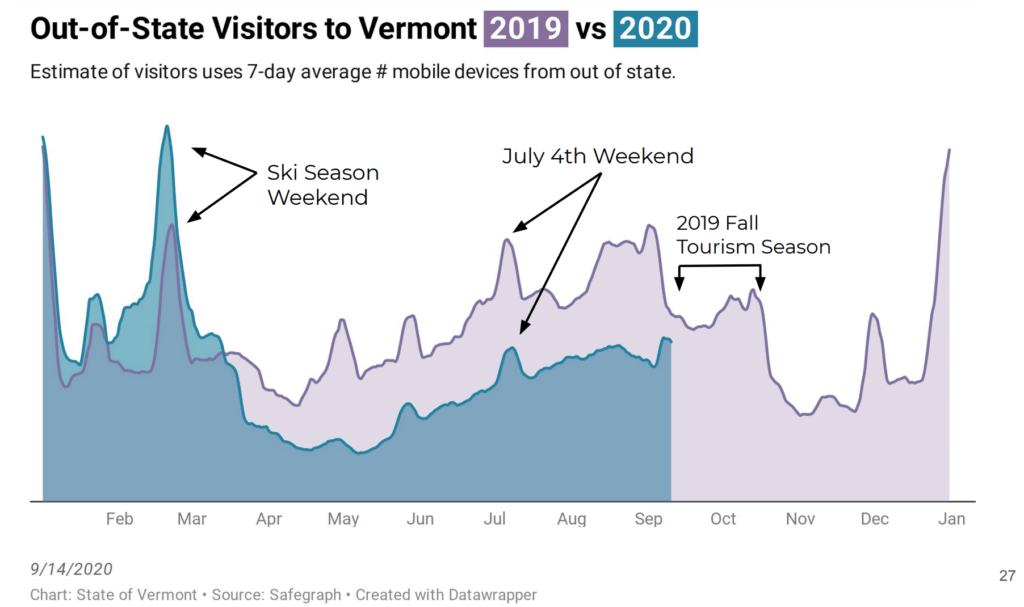 Bars and restaurants with counter seating will be allowed to serve customers, under new guidelines announced Friday, Sept. 18, by Gov. Phil Scott, and lodging facilities can open to 100% capacity.

Bars will be required to maintain a six-foot separation between customers and have barriers in place between servers and customers.

Lodging facilities can open to full capacity, a move Scott said was critical as fall foliage season approaches.Visitors who come from areas with a low rate of cases will not be required to follow a 14-day quarantine, unlike  others who come from higher-rate areas.

“Now, we’re entering fall foliage. So we will be seeing more visitors. But as Dr. Fauci said, we’re starting from a really good place,” Scott said, referring to comments Tuesday from Dr. Anthony Fauci, the director of the National Institute of Allergy and Infectious Diseases, who appeared at Scott’s press conference and praised Vermont’s efforts in combating the coronavirus. Vermont has the lowest infection rate of any state in the country.

On Friday, administration officials announced they had expanded the number of counties in the region where people could visit without a quarantine and that 7.4 million could come, compared to 5.5 million eligible last week.

Tourism has tanked during the pandemic, and Scott made clear the latest effort to allow more visitors was a last opportunity for lodging establishments before a lull in October and November before ski season starts.

“I know this is not enough to soften the economic blow to our hospitality sector,” Scott said.

The governor said he understood some Vermonters might worry with more out-of-state visitors arriving, but pointed to the state’s infection rate, which has stayed low despite campgrounds, marinas and cottages operating at full capacity.

Officials also announced help was available for businesses in reconfiguring their dining or drinking establishments to comply with the guidelines.

Dr. Mark Levine, the health commissioner, stressed people had to follow social distancing and other rules to make the re-opening of bars and increased capacity of lodging establishments a success.

“The key here, whether we’re talking about a lodging establishment or a bar, is to prevent milling around, prevent a breakdown in social distancing, and prevent crowding,” Levine said.

Levine warned people will be moving indoors more soon as the weather gets colder and reiterated the message Fauci delivered earlier this week: stay vigilant.

Vermont has had a total of 1,706 coronavirus cases with 58 deaths, none in the past 51 days, officials said.