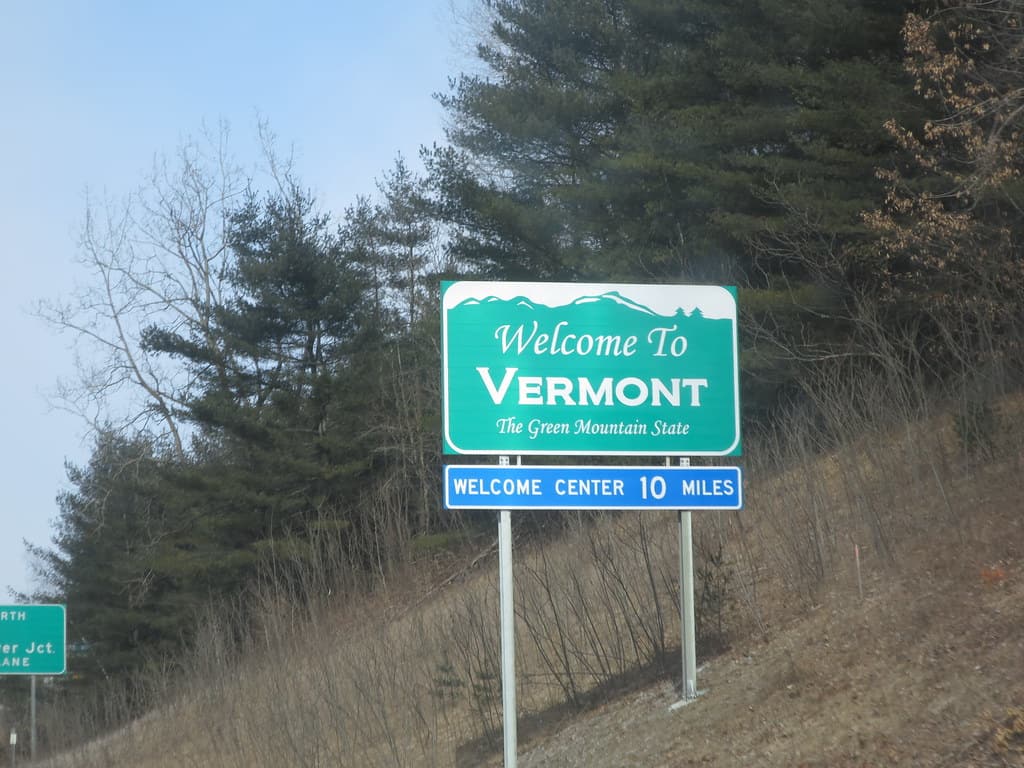 Some Vermonters imagine a vast influx of out-of-staters bringing the dreaded coronavirus into our state. Governor Scott has shut down short-term rentals and regular lodgings until June 15, but second-home owners fleeing New York, in particular, but New Jersey and Southern New England as well, are allegedly here in droves to escape the virus.

But that assumption is largely based on a logical deduction rather than evidence.

Indeed, the statistics would indicate Rutland and Windsor counties are a pretty safe place to be during the pandemic.

But are fears of infected “carpetbaggers” bringing the virus to our relatively safe, resource-limited regions justified?

Suspicion the virus may be imported from harder-hit states inspired Governor Scott to post state employees at the borders counting out-of-state license plates.

Stephanie Brackin, media relations/Covid-19 joint information center information management officer, provided the Mountain Times with the border statistics: Between April 1 and April 12, 290,071 Vermont vehicles have entered the state and 280,827 out-of-state vehicles have entered the state— in other words, about half (50.8%) of the vehicles crossing the borders had Vermont plates, and about half (49.2%) were registered out-of-state.

“We are seeing approximately 53% less overall traffic into and within Vermont. Much of this data comes from Roadway Weather Information Systems (RWIS), the automated data collection,” Brackin reported. Additionally, she said, “We are seeing at least a 60% decline in reportable crashes in the same time frame.”

The governor has required that everyone entering Vermont from “hot spot” locations to self-quarantine for 14 days once here – this includes Vermonters as well as out-of-staters.

As of April 13 the Vermont Department of Health reported 40 confirmed Covid-19 cases were patients from other states – out of 748, or about 5.3%.

“The Health Department reports the cumulative number of people who have tested positive for Covid-19 by county of residence. Non-residents who test positive in Vermont while visiting or seeking care are included in the county where they were identified,” Brackin explained.

While we know that as of April 18, Rutland County had 42 confirmed cases and Windsor County had 34, whether or not all of those cases were residents of Vermont would not be disclosed. Rutland Regional Medical Center’s Marketing and Public Relations Communications Specialist Peg Bolgioni declined to say how many of their Covid-19 patients are out-of-state residents, citing HIPPA privacy regulations, and Dartmouth-Hitchcock Medical Center doesn’t have information that shows how many of their Covid-19 patients are from neither New Hampshire nor Vermont, according to Rick Adams, DHMC senior director of strategic communications and marketing.

Mt. Ascutney Hospital and Health Center did not respond to our request for patient demographics in time for our deadline. But we anticipate a similar reply.

In it she wrote: “In the nation’s 199 rural counties where seasonal housing accounts for 25% or more of all housing units, average cases per 100,000 are more than twice as high as in other rural counties and 15% higher than in urban areas as of April 5.”

Interpolating an attached graph, the seasonal dwelling-heavy counties averaged almost 7/10,000, while other rural counties a little more than 3/10,000.

This, compared with Rutland and Windsor County figures, would indicate we are about where Carson predicts us to be. We have twice the national case rate as rural counties with few seasonal homes, but New York City, from which many out-of-state isolaters are thought to come, has 18 times the rate our region has.

7 comments on “Are out-of-staters, fleeing the virus, coming to Central Vermont?”