Crowds gather in Rutland and Castleton to celebrate reopening

At 7:30 a.m. on Monday, July 19, the James M. Jeffords Station in downtown Rutland was packed with passengers eager to board the Ethan Allen Express for the first time in 16 months. Many local officials and residents were there for the celebration. After remarks at the Rutland station they rode to Castleton for a second celebration.

“This is yet another example that Vermont is open,” Lyle Jepson, executive director of the area Chamber & Economic Development of the Rutland Region, told the Rutland crowd.

Amtrak offered $1 fares Monday for all rides within Vermont.

The Vermonter and the Ethan Allen Express are the only two passenger lines in the state. The Vermonter train runs on the east side of the state (St. Albans to New York City with continuing service to Washington, D.C.) and the Ethan Allen Express runs on the west side (currently from Rutland to New York City, connecting to points west.) Beginning next spring, however, the western route will continue up to the Middlebury Station and then to Burlington.

“By all estimates that will increase ridership,” said Mayor David Allaire early Monday at the station of the expanded service north, “and this will benefit Rutland and the state as a whole.” “Obviously, this last year has been tough on everybody, but there’s a lot of exciting things that are going to be happening here,” he added.

Rep. Butch Shaw, R-Pittsford, vice chairman of the House Transportation Committee, also spoke at the gathering Monday, praising Allaire’s support for rail and echoing his enthusiasm for the northern extension of the line: “Dave’s tireless legislative advocacy for bringing passenger service to the Rutland region is one of the reasons we are standing here today,” he said.

Shaw cautioned that opening the route north could be slightly delayed due to material shortages, but said he was still hopefully that it would happen in the early half of 2022.

Shaw also noted that the Legislature briefly considered cutting Amtrak funding for the remainder of fiscal year 2021. But that idea was “quickly dismissed” when legislators considered the cost and value.

Alderman Devon Neary, who’s also a planner with the Rutland Regional Planning Commission, told the crowd to expect more revitalization efforts around the Rutland station. A poster on the wall of the station mapped out some of those plans, which included more green spaces and traffic calming measures.

“You’re going to hear more about the plan and potential funding for the plan as we move forward this fall,” he said.

Speaking for Amtrak, Lang said his company had record ridership in 2019 (the Vermonter alone carried more than 98,000 passengers) and was on track to do so again in 2020 before “the bottom fell out.” He voiced gratitude that federal and state legislators “stepped up” to support funding during the pandemic.

“For the past 16 months some of these lines have been out of use and residents have grown more comfortable using the rail lines for recreation,” Railroad Safety Inspector Norma Jean Griffiths explained, addressing the crowd at the Castleton Station. “But I’m here to strongly caution you against that… it is nearly impossible for a train to avoid hitting something on the tracks, by the time the operator sees it’s simply too late,” she said. “And please don’t put pennies on the tracks, either, they can ricochet back at you at the speed of a bullet.”

After the 19-minute ride from Rutland to Castleton, locals were greeted with another celebration and remarks.

In Castleton, Dr. Jonathan Spiro, interim president of Castleton University, said that the train was “vital to my institution,” citing multiple benefits the connectivity offers the students, all of which make CU more attractive and “significantly help with recruitment.”

Castleton Town Manager Mike Jones said the reopening of Amtrak “symbolizes freedom without restrictions,” adding, “it’s exciting to once again be able to jump a train to the city.”

In St. Albans, a crowd of nearly 100 people heard from leaders, including U.S. Rep. Peter Welch, who thanked residents for helping the train to return. “Each person here cared about the person next to him and her, wore that mask and kept that social distance, so that we could get to this day,” Welch said.

Lt. Gov. Molly Gray said the rail service benefits the entire state. “If we think about Vermont’s future — a future where Vermonters can access education and work, and pleasure and leisure — it’s by trains,” Gray said.

Kevin O’Connor, Emma Cotton and Shaun Robinson of VTDigger contributed to this reporting. 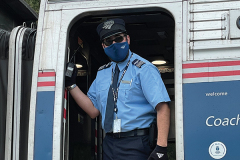 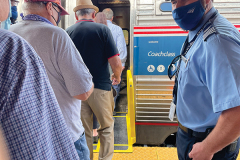 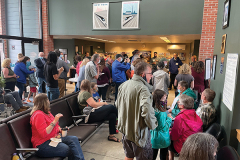 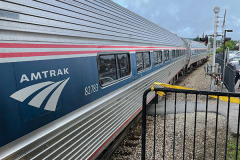 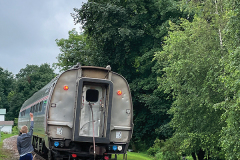 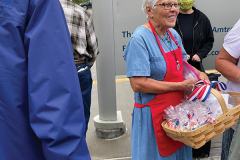 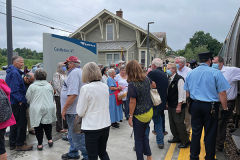 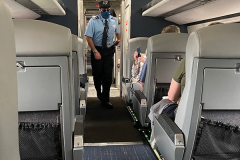 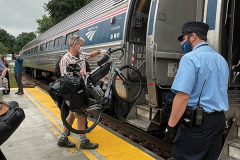 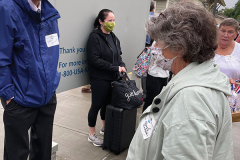 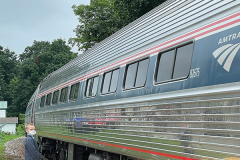 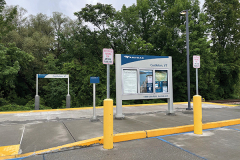 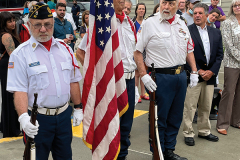 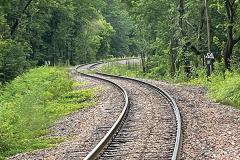 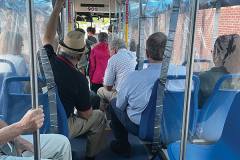 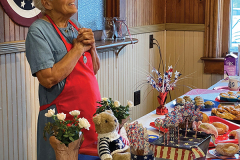 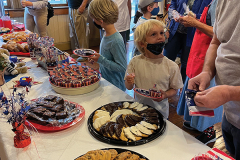