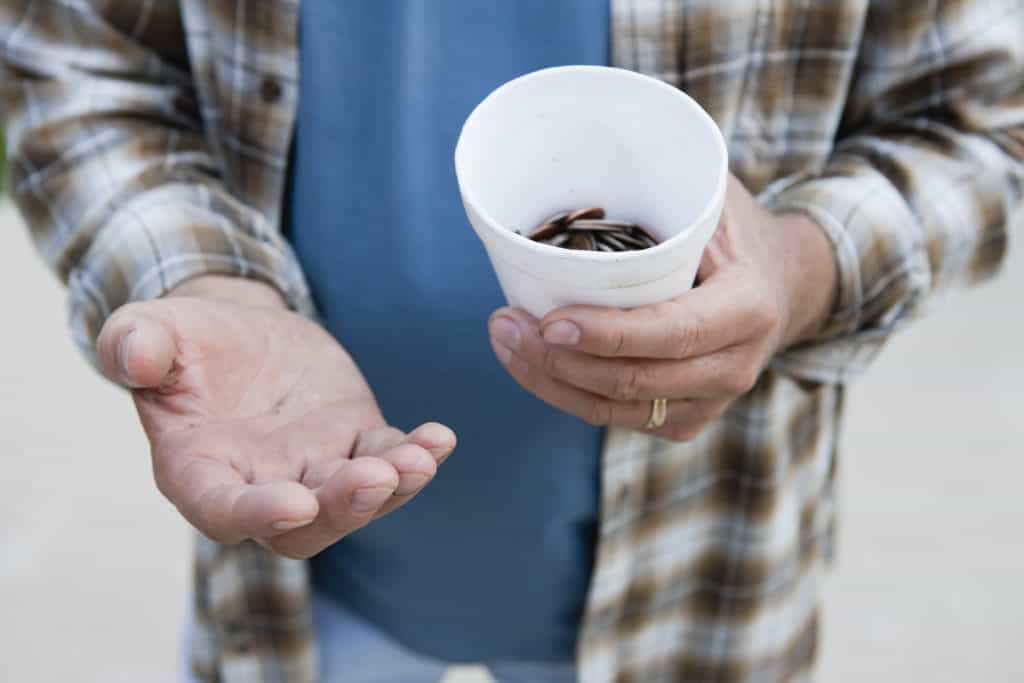 Across the country, homeless populations have been battered by Covid-19.

Over 700 people without housing have tested positive for the disease in Boston. Similar outbreaks among homeless Americans have taken hold in cities like Washington, D.C., San Francisco and Philadelphia.

In Vermont, only one person experiencing homelessness tested positive for Covid-19. No one has died.

That’s because Vermont temporarily solved homelessness in a matter of weeks when the pandemic broke out. Every Vermonter who lacked shelter was able to receive it through an expanded motel voucher system that was instituted to limit the spread of the virus by keeping Vermonters out of cramped group shelters.

An annual census of the homeless population in Vermont carried out one night in January found that 1,110 people were staying in a shelter or using other emergency housing options on that date. But the authors of this year’s point-in-time count, which was released Friday, June 5, by the Vermont Coalition to End Homelessness and the Chittenden County Homeless Alliance, noted in a statement that Covid-19 changed the situation for homelessness “drastically” since the count was carried out.

Currently, 1,500 households, roughly 2,000 people, are being housed in hotels by the state.

Now the question on the minds of lawmakers, officials and advocates is: Where will the 2,000 people go when the voucher system ends? And will Vermont radically transform the way it responds to homelessness — as many advocates have suggested the state has an opportunity to do — post Covid-19?

Sarah Phillips, director of the Office of Economic Opportunity and the leader of Vermont’s Covid-19 homelessness response team, has been hailed by housing advocates for quickly organizing resources and policies — opening up the motel voucher system to keep the homeless out of group shelters, propping up recovery sites for homeless populations — that kept an outbreak from occurring among Vermont’s most vulnerable.

“It’s incredible what we did as a state to lean in and make sure we were doing the right thing,”  Phillips said.

She credited local organizations and leaders for playing a critical role in keeping homeless Vermonters safe.

The program not only kept homeless residents healthy, but likely also protected the larger Vermont population. Experts have warned that the homeless population can be particularly dangerous vectors for the disease.

Phillips said the state has cut down significantly on its reliance on shelters due to the obvious problems associated with group housing during the pandemic. The cramped spaces make social distancing impossible. Most shelters are operating at a 50% capacity and supporting most of their clients in hotels.

While the transition to hotels has kept Vermonters who are homeless safely isolated, the move has come at a cost. Over the past three months, the state has spent $13.5 million to house people in hotels. Officials say state-sponsored motel stays for the homeless population aren’t financially sustainable.

Herein lies the conundrum: Housing people in hotels is too expensive, housing people in shelters is too dangerous, and there are not enough affordable rentals in the state to transition homeless Vermonters into long-term, stable housing.

“What’s going to be hard is we’re not going to be able to go back to what was the status quo because Covid-19 can really spread rapidly within congregate housing facilities like homeless shelters,” Phillips said. “Interrupting that transmission within a homeless shelter is really challenging.”

The priority for Phillips’ office is to work with local organizations to find those currently living in hotels permanent, affordable housing. She said the state will likely have to rely somewhat on shelters as reopening begins when the hotel voucher system gets phased out. But even if shelters were a viable option to house those who are currently homeless, they don’t have space.

Even before the Covid-19 crisis, shelters were bursting at the seams. Phillips said the state has data that shows its shelters can only accommodate 562 households which equates to 802 beds — significantly short for the 1,500 households currently in need.

There is no end date yet for the hotel voucher expansion. Phillips said the state is currently extending it every two weeks. Sean Brown, deputy commissioner of the Dept. for Children and Families’ economic services division, told the House Committee on General, Housing, and Military Affairs last week that a plan to transition Vermonters from hotels is in the works and will be presented in the coming weeks.

The governor’s plan offers $42 million in rental arrearage assistance. That initiative aims to keep more Vermonters from becoming homeless during the crisis. The governor allocated $8 million for the state’s rehousing recovery fund. This money will fund the creation of 250 rental units specifically to re-house homeless families.

That’s only half of what advocates have said is needed to stabilize Vermont’s housing needs post Covid-19. A proposal from the Champlain Housing Trust and Housing Vermont calls for $100 million in rental assistance, rental rehabilitation and support services.

“There doesn’t seem to be a lot of housing in the housing recovery plan,” Chris Donnelly, CHT’s director of community relations, said.  “We have 2,000 apartments,” he  said, referring to CHT’s available housing stock. “And we have 10 vacancies.”

He suggested “talking about the conversion of existing buildings. We have properties that we could buy soon. And we could have those ready by the end of the summer, by September, if we started today,” Donnelly said. “So we’re ready. The clock is ticking.”

Before any money can be spent, the governor’s proposal has to be approved by the Legislature. Lawmakers are hoping to get the proposal back to the governor’s desk by the end of next week.

But Donnelly also doesn’t believe $8 million is enough to adequately house all of the people who are currently living in hotels. He thinks this population will have to return to shelters, which could pose a problem if a second wave of Covid-19 hits in the fall, which experts are predicting, thus sending that same population back into expensive hotel housing.

“We could virtually end homelessness if we decided to create housing,” Donnelly said. “To me, it’s not that complicated. We know what to do and we have the tools.”

Gus Seelig, executive director of the Vermont Housing and Conservation Board, said the governor’s proposal is the “beginning of a solution.” It would alleviate substantial stress on shelters and allow the state to be better prepared if another Covid-19 wave hits.

He’s concerned that the governor’s proposal doesn’t include additional funding for support services, like rental subsidies and other counseling, for tenants who may need additional support in order to retain their housing and find long-term success.

“I would be the first to concede that these costs are ongoing,” Seelig said. He argued that these support services would keep people who are homeless out of emergency rooms and off of other benefit systems that will ultimately save the state money. His organization estimates that for these 250 units, the state might have to invest an additional $1 million in services and $2 million in rental support per year. Currently, those support services aren’t budgeted into Scott’s proposal.

The state proposal is funded by one-time CARES Act money from the federal government that must be spent by December.

Re-housing homeless Vermonters post Covid-19 requires long-term solutions, said Josh Hanford, commissioner of the Dept. of Housing and Community Development. Which adds another hurdle to the funding equation. Hanford said his department is keenly aware that affordable housing won’t keep people from becoming homeless again without the necessary support structures to keep people housed. And with a $400 million tax revenue shortfall facing the state in the upcoming fiscal year, a long-term investment in support services may be too heavy of an ask for the state.

The deadline for building the units for rehousing hundreds of Vermonters is tight.

“How do we best right-size that goal and recognize that challenge that this money we have is only temporary?” Hanford said. “And do this in a way that it’s not like we take three giant steps forward to help, and then come winter, we’re back to the old way? And there’s no ongoing help and we step backward?”