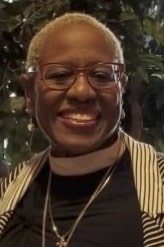 Vibrant, energetic and uplifting: Words used to describe Grace Church’s new intentional interim pastor, Rev. Dr. Alberta Wallace. Blessed is the word to describe what the congregation should be feeling now that she’s here. The church is in the process of searching for a new settled minister. Until that happens, they needed an interim and after a year, found one in Wallace in August.

“Transitional ministry is my call to ministry. Like most people in ministry, you’re wondering what God has for me to do?” she said.

For Grace, she’s here to help transition from the ministers they had to the one they’ll be getting.

Wallace was a settled pastor in Yuma, Arizona for five years. “After that I knew there was something else for me here but this was not it,” she said.

She resigned and went back to school to work on her doctorate. “School is a time for me for discernment. Study is that discernment period where I hear again what God has for me to do so that’s when I reheard that transitional ministry is my real passion,” she added. That’s the ability to help churches move ahead especially after the long term pastor has left.

Some leave on good terms like retirement and some by unpleasant ways. “I am committed to churches and helping them to be healthy and realizing the gifts that are in the church,” Wallace said.

She was an interim for two churches in Arizona and then moved across country to First Congregational Church of Wakefield, New Hampshire. She was the interim there for 18 months. 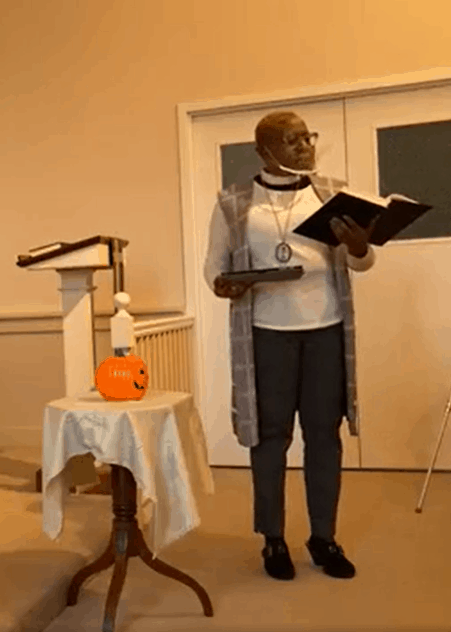 “When you take a transitional ministry position, you’re encouraging that church to live into the life of the future,” Wallace said. “What’s life going to be like for you when you call your settled pastor? For that church, they realized they could not afford a full-time pastor which they had for the past 12 years.”

In order for them to be sustainable and truly be there for another 235 years, there would have to be a hiatus time.

“It was a hard task for me as the temporary shepherd to leave them in a temporary space while they continue to be in the search and call process and we had to agree with that,” she added.

Once that agreement was made, Wallace reactivated her profile and started the interviewing process for her next church. She wants to find churches that are committed to the process. She’s not just there to fill the pulpit, Grace had Reverend Holly Noble for that.

Wallace said, “I come in to guide the church to look at everything they do, how they do it and ask the questions why they do it or don’t do it? Through that process of interviews, I decide if we should continue on to see if this is a match.”

Keep in mind that since this was during a pandemic, those interviews were done through Zoom and phone calls.

“From that I’m always prayerful and listening, OK God, what does this church need? Do I have the gifting that can help them be prepared to call their next settled pastor? This was the church that God kept saying yes, you’re supposed to be there,” she added.

Wallace was the seventh person Grace had contacted for the interim position.

Arizona to New Hampshire was a major stretch but she loved it. “I love being outdoors and exploring new areas. I’ve done two winters in New England, I could probably do a third. No, I don’t like the cold but I learned the art of layering. I was raised in the Midwest, it gets cold there and I didn’t like it then,” she said.

She was happy to be coming to Vermont. She likes that Rutland is in a valley surrounded by mountains and can’t wait to experience it when snow falls.

Before going into ministry, she earned her bachelor’s in psychology and sociology at Grinell College in Iowa. She got her first master’s in social work administration at University of Kansas and her second master’s in divinity at Central Theological Seminary. This will be her 20th year as an ordained minister.

I met Rev. Wallace and her partner, Wendy, at the Chad Hollister Band concert in August at the Killington Library.

They both love music and the arts and have been able to take in various events in the Rutland area. “We love the diversity and if we can safely gather, then we can do that,” she said. “We’re the type of couple that likes to live life and experience what the area has for us.”

Wallace has only been here a couple months but said, “I’m already rejoicing for Grace in the process they’re going through to be able to call their next settled pastor. I’m already rejoicing for Grace and how they’re going to continue to be the community church in this area but even have a brighter star. I already see and feel what God is doing here.”