The USO track, called “downdraft,” begins at 4,241 feet (at the top of the K-1 Gondola) and is 2.75 kilometers long. About 250 athletes will embark on the downhill course as part of the Fox US Open of Mountain Biking at Killington Resort Aug. 1-5, 2018. Some racers are expected to hit speeds of 40 miles per hour.

The newly-built downhill course will create terrific top-to-bottom spectating opportunities. To win, a rider must post the fastest time from the top to the bottom of
the course.

Harper hiked the steep course with Killington’s trail building professionals and said, “It’s built for fun, but it will also be quite challenging.” Adding, “We’re not looking to create the most difficult race track in the world, that’s not sustainable. This new course will test racers’ skill and fitness. It’s a relatively long course, comparable to some classic European tracks,” he said, estimating that it’d probably take the top racers about 4 minutes to get to the bottom.

Some parts of the new downhill course will be open to the public after the event, but other parts are exclusive to the USO, Harper explained.

As always, the USO of MTB has attracted an international field of athletes to the event this year. Past winners of the downhill race include Sam Hill, Steve Smith, Tracey Mosely, Bryn Atkinson, Miranda Miller, Aaron Gwin, Jill Kintner and Neko Mulally, who won the 2017 US Open downhill.

The open Pro/Am style format of the USO of MTB offers the most challenging and competitive racing in the nation, but also allows anyone to enter the Open Class and compete amongst the pros for the $40,000 cash purse.

In addition to the downhill race, the 2018 Fox US Open will feature Enduro racing, a best whip competition, a youth downhill grom bomb downhill, an adaptive downhill, plus a Saturday night after-party with a free concert, food, drinks, vendors and more.

This year will be the inaugural Enduro race for the USO of MTB.

“Killington has a history of hosting great Enduro races and we are excited to kick off the inaugural FOX US Open Enduro here,” said Harper. “The trail crew has also designed an Enduro course that will have racers competing on a combination of new trails and the classics.”

Each downhill section is timed with “transfers” (uphill sections) where riders must ride or walk to the next stage (at ski resorts lifts are also used). The event takes about three hours. “Some say Enduro races are a truer test of riders’ skills, because racers need to climb as well as descend,” Harper explained.

The USO best whip event will be held on Saturday evening immediately following the downhill finals. The best whip competition – always a crowd favorite – will feature big air on a new set of jumps near the K1 Umbrella Bar and will conclude with a free concert and after-party at K1. (To “whip” or “whip out” is when a rider turns the bike sideways in the air off a large jump.) To win, a rider must impress the panel of judges with amplitude, technique and crowd appeal.

The kids’ open with “grom bomb” downhill gives younger riders a chance to shine within three age categories (7-9, 10-12, and 13-15.) This race is designed for kids that have real downhill skills, but aren’t ready for the big track.

The adaptive downhill event will be put on in partnership with Vermont Adaptive. See related story on page ___.

Harper was attracted to Killington’s bike park because of the growth in mountain biking and enthusiasm the greater community exudes, he said. “I wanted to be involved with the upswing in the mountain bike business here,” he said. “The whole Killington Valley has put a ton of effort and money into mountain biking over the past few years and it shows.”

Harper said the response to mountain biking events has been very strong in Vermont despite the state’s relatively small population. “The whole state is amped for mountain biking,” he said. “And the people here are great. We just love the people up here. They’ve made us feel very welcomed.”

This year is the fifth and final year of Killington Resort’s five-year mountain bike buildout with Gravity Logic, a leader in bike park design.

“The US Open of Mountain Biking is an amazing opportunity for Killington to show off the immense progress we’ve made expanding our mountain bike park over the past four seasons,” said Mike Solimano, president and general manager of Killington Resort.

“We’re excited to have the opportunity to host the Fox US Open of Mountain Biking and showcase the investment Killington has put into the bike park to design and build trails for all levels of riders,” said Justin Pill, events and sponsorships manager at Killington Resort. “This event will attract some of the best mountain bike athletes from all over the country competing in the US Open downhill, US Open Enduro, best whip, grom bomb and adaptive downhill races. Vendors, live music and group laps will create a party like atmosphere for all.”

Historically, Killington Resort is known for developing and hosting large events and was chosen as the site for the 2018 event in part because of its new downhill track, onsite campground and extensive lodging options and restaurants, according to Fox Racing, the title sponsor for the US Open of Mountain Biking.

In addition to those attributes, Harper added, “The people in the region are excited for this event, so we anticipate a great crowd.”

But Harper still considers this a “building year,” as it’s only the second year since the event’s relaunch and the first year at a new venue. Given that, event organizers expect 3,000-5,000 visitors for the USO weekend at Killington. The event can accommodate 400-600 racers, but will have to be capped around that level as single timed-run racing only allows for so many to participate in a day.

“Mountain biking has developed so radically within the last five years,” Harper said. “There used to be only a handful of true bike parks out there. Now so many more have opened… It’s a totally different environment to be in now.”

Harper anticipates that mountain biking will continue to grow in popularity. “This is just the beginning,” he said. Killington and Vermont are ahead of the curve, he added. “People here recognize the sport’s growing popularity and are totally behind it!”

As for the growth of the USO of Mountain Biking, Harper hopes to grow the attendance of spectators and partnerships/sponsors, while continuing to attract top racers from around the world to compete.

The Killington Bike Park will be open for riding to the general public during the USO weekend. 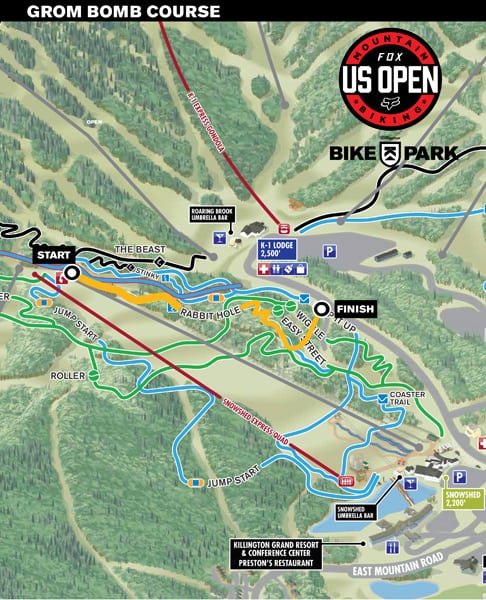 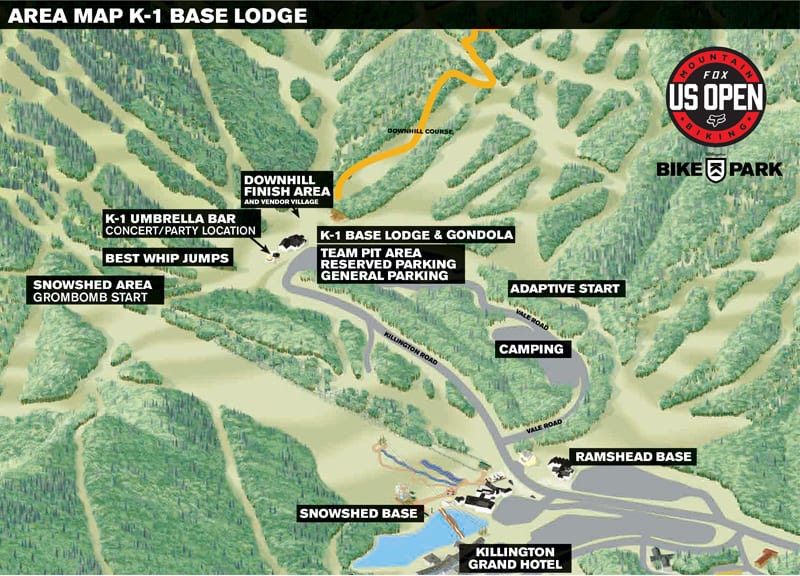 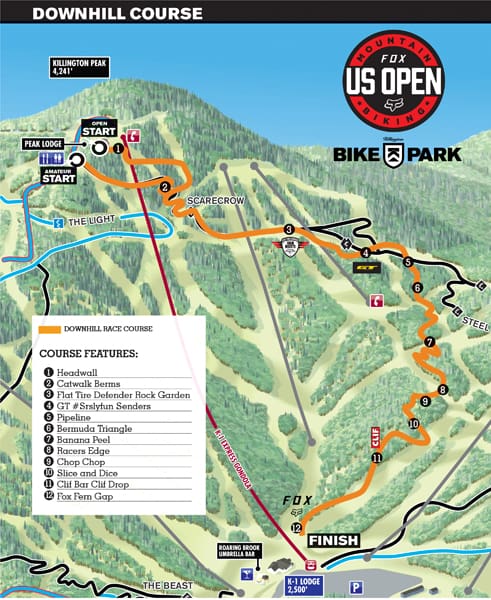