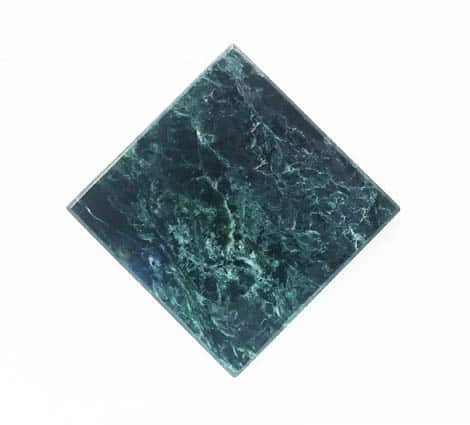 Owner, Paul Thompson said, “It would be an honor to donate something so very beautiful and God-given to enhance the wall’s look with something so natural and spectacular.”

He also said that the medallions would definitely “add a touch of class” to the wall.

His proposal is to supply over 2,000 square feet of 4”x4” polished Vermont Verde Antique medallions, to be attached on every 10th segment of the wall. “The medallions will represent a small window, a window of opportunity for those that truly do want to come to the great land of America, and hopefully some day become legal citizens,” Thompson said.

Thompson sent his proposal to President Trump, and the designers of the wall.

Photo Submitted
Thompson offers to donate 2,000 square feet of 4”x4” polished Vermont Verde Antique medallions, to be attached on every 10th segment of the USA boarder wall with Mexico.

Shows are BACK at the Paramount. Stay up to date on their fall lineup, and get your tickets before they're gone! mountaintimes.info/the-paramount-theatre-announces-reopening-and-fall-lineup/ ... See MoreSee Less

RUTLAND—The Paramount Theatre, a 830-seat theatre located in downtown Rutland, announced today a lineup of six events at the restored historic hall beginning this September. These six shows are the ...
View on Facebook
· Share

Rutland could have a new skatepark by spring 2022 --> mountaintimes.info/rutland-could-break-ground-on-public-skatepark-as-early-as-next-spring/ ... See MoreSee Less

By Brooke Geery Rutland Rec Superintendent Kim Peters has been working overtime throughout the pandemic. She and her team revamped the College of St. Joseph campus to create a diverse and well-stocked...
View on Facebook
· Share

Missing Person. Daniel Costello 83-year-old male. Vermont State Police, Killington Police and, Killington Search and Rescue responded to the area of 100N / Coffeehouse Rd in Killington, for a report of a missing 83 year old male.He has reportedly been missing so I’ve last night around 10 p.m. and has memory loss/dementia. State Police K9 team has started a track and Killington Search and Rescue is standing by to assist if needed. Please be alert while traveling in this area and notify VSP (802)773-9101 or KPD at (802)422-3200 if you observe a loan elderly male. ... See MoreSee Less