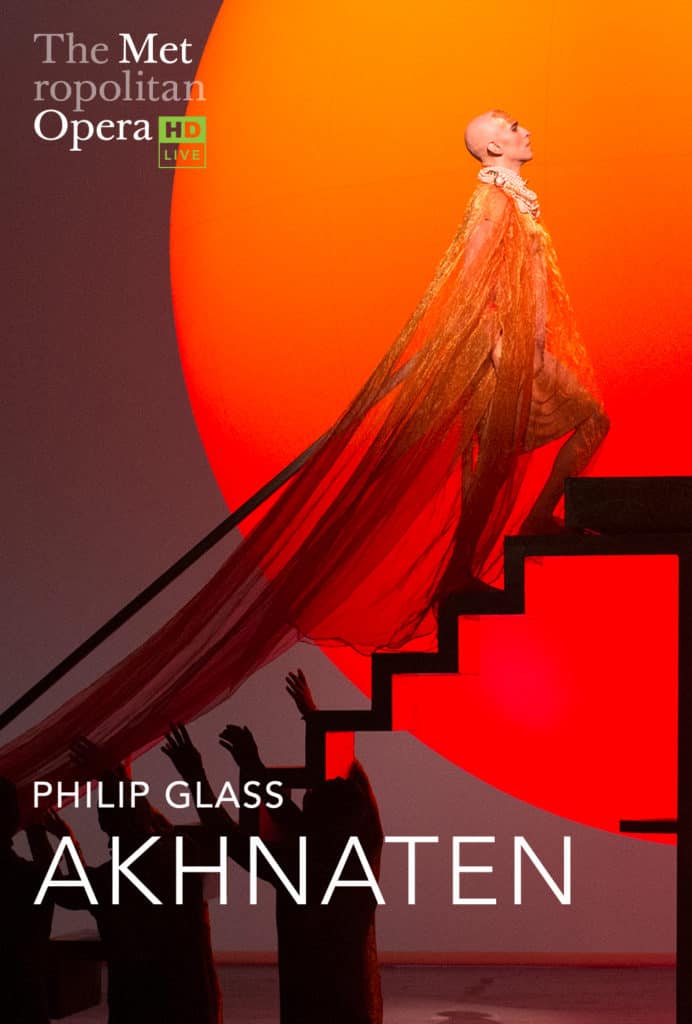 Director Phelim McDermott tackles another one of Philip Glass’s modern masterpieces, with star countertenor Anthony Roth Costanzo as the revolutionary title ruler who transformed ancient Egypt, in cinemas November 23. To match the opera’s hypnotic, ritualistic music, McDermott offers an arresting vision that includes a virtuosic company of acrobats and jugglers. Karen Kamensek conducts. This live cinema transmission is part of the Met’s award-winning “Live in HD” series, bringing opera to more than 2,200 theaters in more than 70 countries worldwide.

The performance of Akhnaten on Saturday, Nov. 23, will be transmitted live to more than 2,200 movie theaters in more than 70 countries as part of the Met’s Live in HD series. The transmission will be hosted by mezzo-soprano Joyce DiDonato, who will star in the title role of Handel’s “Agrippina” later this season at the Met.

Scott Morrison will give a pre-show talk in the Byers Studio downstairs at 12:15 p.m. with refreshments sponsored by the Opera Company of Middlebury, and the broadcast begins at 1 p.m. Tickets are $24 for adults, $10 for students and may be purchased at townhalltheater.org,or by calling 802-382-9222. Town Hall Theater is located at 68 S. Pleasant St. in Middlebury.

Sunday, Nov. 24 at 1 p.m.—RUTLAND— The Paramount Theatre in downtown Rutland will screen an encore performance at 1 p.m. Sunday.

The Paramount Theatre is located at 30 Center St. in Rutland. For more information visit paramountvt.org.