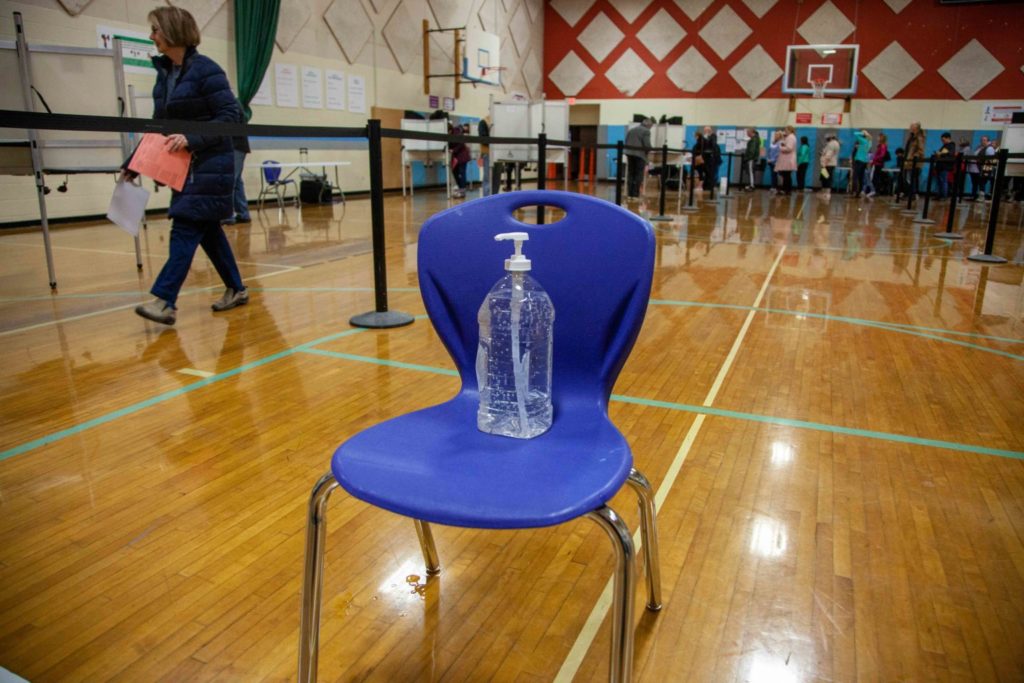 Brooke Olsen-Farrell, the school superintendent in the Slate Valley, usually meets with other members of her regional superintendents group once a month.

But these days, members of the Southwest Superintendents Association – which extends from Bennington to north of Rutland – check in with each other several times a day as they manage the fast-moving tide of information about COVID-19 flowing toward them from the state Agency of Education and the Vermont Department of Health.

“All the area superintendents have been back and forth via email for days” about the impact of the COVID-19 virus, said Olsen-Farrell.

The virus, which has halted business and leisure travel and prompted the widespread cancellation of events in Vermont and worldwide, was first documented in December. It has spread rapidly, killing an estimated 4,000 people worldwide and sickening 120,000. There had been two cases of the virus confirmed in Vermont by Thursday.

“To the extent possible, we are making decisions that are relatively in line with each other, like how are we responding to field trips; are we allowing teachers to leave the state for professional development opportunities; are we allowing outside organizations to use our buildings,” said Olsen-Farrell. “Those are all things we’re trying to get some general consensus on as a group.”

Vermont’s K-12 education system provides an array of services to 80,000 students, employs more than 18,000 people and consumes one-third of the state’s budget. Any decision that affects school activities or students has an impact in the local community.

Accordingly, superintendents and other educational leaders this week are studying guidance from the state Agency of Education and talking to their peers as they try to make decisions that affect an array of people.

Earlier this week, two schools in the Vermont K-12 system closed temporarily as a precaution; all public schools were open Thursday. On Tuesday, Middlebury College asked students to leave for an indefinite period, saying coursework would be provided online. The next day, most other Vermont colleges and universities, including the University of Vermont, followed suit.

But it’s not clear there’s any way for K-12 schools to move instruction online.

“We don’t feel that our district would be able to offer online educational opportunities; many of our households do not have broadband, we just don’t have the capacity,” said Olsen-Farrell. “Our team has decided there is a real equity issue in terms of access to education in that case.”

Barre Superintendent John Pandolfo said parents have been asking him how online instruction would work. Staff are checking in on planned parent-teacher conferences next week. One asked if staff should work if their immune systems are compromised.

“Or, ‘I’m low on paid time off,’” Pandolfo gave as an example. “If I have to stay home because I feel sick, or I’m showing symptoms, is that going to put me in a situation where I can lose my job?’”

“We’re taking all of the guidance and updates that we get from the Agency of Education and sharing that as soon as we get it,” Pandolfo said.

Closing a K-12 school has an impact on parents who don’t have child care lined up to take over when they go to work. Pandolfo said a local employer told him closing school could make it difficult for them to respond if the outbreak of COVID-19 worsens. If school is closed, those workers will stay home to take care of their kids.

“Which is absolutely understandable,” Pandolfo said. “That wouldn’t keep me from doing the right thing, but it’s something that I have to consider.”

Many people have told administrators that they worry what will happen to children who depend on school for their breakfast and lunch.

“I really worry about our kids in poverty,” said Jay Nichols, executive director of the Vermont Principals’ Association. “Many families depend on those meals.”

“It is definitely tricky,” said Jennifer Nesson, a parent of two elementary students in Essex Junction who is on leave from her Burlington teaching job this year. “I kind of feel like until there is some connection (with the virus) to the school, it should stay open.

“It’s hard to know what the right thing to do is,” said Nesson. “A really important thing is food for kids who are underprivileged.”

Several people have contacted the state Agency of Education with opinions about closing the K-12 schools, said agency spokesperson Ted Fisher. Olsen-Farrell said several parents have encouraged her to close the schools; nobody has contacted her to ask her to keep them open.

But both emphasized that the situation changes by the hour.

“I have no idea what is going to happen with K-12; it all depends what happens in terms of the number of people who get the virus,” Nichols said. “I understand the public health concerns. If one kid with the virus is in school with other kids, it can spread rapidly.”

Fisher noted that the Agency of Education is working with the state Board of Education to determine whether schools that close temporarily will have to add days at the end of the year to make up the lost time.

Meanwhile, Slate Valley, like most other institutions, is canceling gatherings in its buildings to prevent the spread of the virus. The district also called off two class trips, one to North Adams, Massachusetts, and one to Washington, D.C., this spring.

“We had to make a decision by yesterday in order to get money back,” said Olsen-Farrell. “We have a lot of disappointed children.”