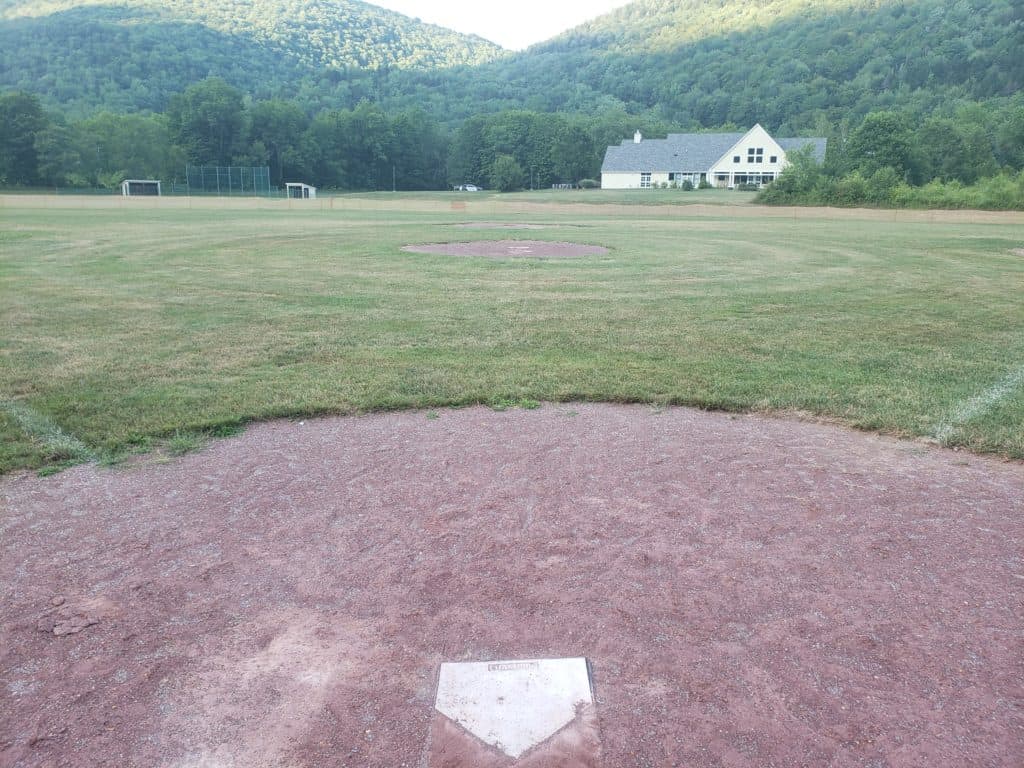 The field of lost dreams. That is now what the Killington softball field is being called. They built it, but nobody is coming. Every player loves playing here and always say how beautiful the field is. The town now has two fields that are not in use by anyone.

I have been the commissioner of the Killington Softball League for 15 years and have been running the games in Killington since 2009. I have never experienced what just happened to this league.

I have worked with many Parks and Rec Directors over the years and none have treated me as poorly as Sarah Newell just did. She said I violated a bunch of pandemic rules and suspended my season for two weeks, which basically abolishes our season. I am also disgusted with the treatment I received from the town manager Chet Hangebarth. He was rude to me on the phone, yelled at me repeatedly and lied to me. He also backed Sarah who I told him lied and

he did not care — or even listen.

This pandemic has stopped many things from happening. Our league has been waiting patiently to be allowed to play. We had a great Zoom meeting with Sarah April 27 and she said, “I will keep you updated as I learn more information about group gatherings and the use of our field.”

She said we had to follow the rules set out by the state and Governor Phil Scott’s guidelines.

On June 4, I sent over a proposal which outlined specific pandemic rules we would abide by. On June 8, I emailed a revised set of rules because the Governor announced that leagues could begin practice on June 15 and games July 1. Additionally, I stated that fans would have masks on and players would have them in their possession and of course social distancing and tracing would be enforced.

On June 9 she sent me state guideline 9.1, which includes info for our league. Then on June 11 we had an hour long phone conversation and discussed all the new rule changes that I updated per the state guidelines. On June 18, I again sent her the updated rules because the state was now up to 150 people for outdoor gatherings.

Despite all this, our league was suspended over violating the original rules I first sent her on June 4, not counting for the updated rules I sent and that she acknowledged receiving. I tried explaining this to the town manager but he would not listen and repeatedly told me this was my fault.

It is so baffling to me.

We waited until state guidelines approved our playing (just like all other businesses must do) AND updated our plan with the town accordingly but then Hagenbarth and Newell just disregard them and without warning shut us down!?

Specifically, Newell told me I violated five rules — but that is a lie, I didn’t violate any.

In addition to disregarding updated opening guidelines and documented plans for our league. They were upset that we had a team BBQ last Wednesday with 10 people. Chet Hagenbarth told me that was illegal, it’s not. Newell told me then I could renegotiate the contract if I wanted and I told her I did not need to because of the 150 people now allowed by state mandate. She said that number was not true but I have emails from her stating it is.

Regardless, what happened to renegotiating?

I received no warning, just a suspension. Our town manager and rec director need to be held accountable for their actions. There is no league that can have a season where they can pull the plug at any time. Are the rules being applied fairly and equally? I think not.

It’s been hard enough to play in the pandemic world. We don’t have sponsor money coming in so guys have to pay themselves and these are guys that are not working. We usually play a three month season and now it’s less than two months. The new suspension equals a third of our season! And no violations took place.

What’s left for us to do? How can we appeal this unfair treatment?

I tried to appeal the decision, but Newell did not have the decency to even get back to me. So I called Hagenbarth who’s behavior was disturbing, disrespectful and quite frankly so unprofessional. He told me I had more people than I said I was going to have at the “potluck.” He said, “It’s in violation and we can’t allow those things to go on.”

But I have no clue what the violation is as 10 people are allowed to gather with 150 at an “event” as long as groups of 10 or less are social distanced.

He also said, “I don’t care what the Governor states. You have a contract with us.”

For the record, that contract was made by me, unsigned by them and updated by me to include the new guidelines that Newell acknowledged — but apparently he can just disregard? He said he was not going to allow the league to happen this summer since they could not govern it. They accepted my rules and accepted my updated rules but this?

They can lie to each other but emails provide proof.

Hagenbarth also claims that I violated mask wearing rules but he was just quoted in this newspaper saying, “the town will continue to follow state guidelines and recommend face masks, but not require them.” But when it comes to this league he said, “A mask in their possession is not acceptable, they must have it on.”

So, which is it? They follow the guidelines when it suits them?

When I told him repeatedly how I updated the rules, he got angry and threatened to cancel the whole season, not just the two weeks. Canceling a third of my season IS, in effect, canceling my season which he said is my own fault. He denied that I ever sent over updated operating rules, despite the fact that Newell acknowledged receiving them.

But even if there was a misunderstanding that needed to be sorted out and remedied, why were none of those brought to my attention to fix? Why was there no warning? Why were the police or state not notified of these complaints? That would have been fair and equal treatment, instead, he acted unilaterally to end our season without giving us any reasonable course to appeal or become compliant.

This league has been supporting the businesses of Killington for over 40 years. In 2004 when I became commissioner, I started having bars and restaurants hold league night parties where all teams would go and support. We’ve expanded the league to include players from Bridgewater, Royalton and Rutland. That brought a bunch of new business to town. Chet Hagenbarth and Sarah Newell have put a stop to all that. I don’t think they realize the damage they have done to this community. We are being forced to scramble to find a field in another town so we can try and finish our season.

It would be very sad if the Killington Softball League no longer plays in Killington.

The Mountain Times is at Suicide Six Recreation Area.

The Pour Saps VT Snow Sculpting Team (Tony Perham, Katie Runde and Mugsy Logan) of Woodstock added another title to their impressive record with a win at the Woodstock Flurry, put on by @artistreevt. Their sculpture, Old Man Winter, earned them a slot at the National snow sculpting championships in Wisconsin, an event they won last year! #flurry #woodstockflurry #suicidesix #snowsculpting #snowsculptures #oldmanwinter ... See MoreSee Less

Hello friends – We will be closed the next couple of days as we continue to be overly cautious regarding the COVID virus. One of our employees has tested positive and this employee worked last week. We will be having all employees that were possibly exposed tested before we reopen. Your safety, and the safety of our staff and their families, are of the utmost importance to us. While closing the restaurant is not required by the State of Vermont, we want to be sure we are doing everything possible to keep things safe for everyone. Please check back soon, as we will be posting more information as it becomes available to us. Thank you for your support. ... See MoreSee Less